Business View Caribbean interviews representatives of the Anguilla Air & Sea Port Authority as part of our focus on best practices of government agencies.

Among the most northerly of the Leeward Islands in the Lesser Antilles, Anguilla is the largest in a composite of small islands and cays that collectively comprise a British Territory populated by some 15,000 people. In addition to supporting a thriving financial services, private banking, and captive insurance industry, Anguilla’s economy has long benefitted from tourists drawn to the diving, the fishing, and the basking within the beauty of its local beaches. The airport and seaports have been crucial to facilitating the flow of tourism dollars, and over time, another industry has developed in the form of ferry boat operators who transport passengers from one island to the next; visitors can even hop aboard a ferry and venture to nearby St. Martin in 20 minutes. 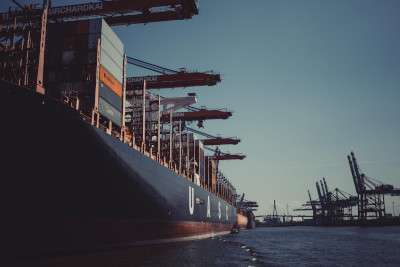 In 2009, the Government of Anguilla officially turned over the management of the country’s air and seaports to what is known today as the Anguilla Air and Sea Port Authority (AASPA), with a mandate to run the facilities both properly and profitably. “We are a statutory body, answerable to the government through the Minister of Infrastructure and Communications,” says the AASPA’s Chairman of the Board, Marcel Fahie.

“We currently have a staff of about 179 persons and we operate across four ports,” explains Acting CEO, Sherman Williams. “We have one airport (Clayton J. Lloyd International Airport) for air transfer in and out of Anguilla; we have the Blowing Point Ferry Port – that is a passenger port to connect to the neighboring island of St. Martin (French and Dutch), as well as other islands; we have the one cargo port, which is the Road Bay Port – that deals specifically with cargo coming in from other neighboring islands, as well as to and from Puerto Rico; and we have the cargo port (Corito Bay), which serves as the sole port for bulk fuel in and out of Anguilla.”

In September, 2017, the island of Anguilla was hit by Hurricane Irma. A Category 5 Hurricane with 185 mph winds, Irma was one of the most powerful and catastrophic storms in history, and since that time, Anguilla has been in repair and rebuilding mode – including at properties under the auspices of the Anguilla Air & Sea Port Authority. “The three seaports should see significant infrastructure improvements over the next year,” Williams reports. “Blowing Point Port was the hardest hit,” he continues. “The terminal building was significantly destroyed to the point where the government engineers commissioned the building to be demolished as it wasn’t fit to have persons operating in it anymore based on the safety requirements. Currently, we’re in the final stages of accepting some UK grant aid to build a brand new terminal building and we’re hoping to start the project before the end of the year. We’re also hoping to have the supporting landscape around it, the parking lot, and other support services, repaired. In addition, we’re hoping to have a marina project that will coincide with the development of a new terminal building. At the cargo port at Road Bay, we also hope, by the end of this year, to start a new pier that will facilitate the bringing of vessels from North America directly to Anguilla. With the pier, we’re also hoping to have new container platforms.”

When Blowing Point is completely rebuilt, Anguilla looks forward to reclaiming its good tourist numbers, both in day-trippers, as well as long-stay visitors – those who remain on the island overnight to several weeks. “Day-trippers, the cruise visitors, come in just for six, eight, or ten hours and leave,” says Fahie. “In terms of day trippers, the traffic is usually in the region of a 100-120,000. In the last year or two, the government has signed development agreements for the development of cruise ship facilities, which in time should increase it to between 300,000 and 400,000.

“But our bread and butter consists of the long-stay, and in 2016, which was the last year we didn’t have any major weather interruptions, the total long-stay was somewhere in the region of 80,000. The hurricane caused quite a substantial decline in the ’17-’18 season. We are hoping that, in the ‘18-‘19 season, and all indications are, with the airport fully back, access by the ferry port from St. Martin at Blowing Point back up to speed, we should have a very significant tourist season coming up.”

In fact, the airport did suffer significantly less damage from Irma, and Williams says that it was up and running within 36 hours after the storm. “It was able to aid with relief as well as evacuation flights for persons and goods coming into Anguilla,” he notes. The hurricane, however, did shine a spotlight on some of the airport’s disadvantages, including its relatively short, 5,440-foot runway, which Williams believes needs to be extended to approximately 7,500 feet. “We are working with a group of investors and are hoping to extend not only the runway, but extend airport operations with a new terminal building and all other support services,” he says.

“The hurricane also caused us to speed up some changes that we were making to our navigation systems for aircraft coming in and taking off,” adds Fahie. “The system that we had was based on very old technology, and our regulator, Air Safety Support International, took the position that it should be phased out. We have now replaced that with an Instrument Flight Procedure (IFP), based on GPS technology, which will greatly improve the technical efficiency of aircraft operations. That was quite a signal achievement for us, because up to this month, we could not handle day and night flights, because the old, Non-Directional Beacon didn’t have the new system in place.”

Fahie adds that the Anguilla Air & Sea Port Authority is also working on long-range plans for expansion of the airport. “The first critical stage is an outline that will touch on all of the aspects: finance, organizational structures, operating companies, investment, traffic studies, navigation studies, and environmental impact assessments,” he states. “This would be quite a substantial investment, and the British Government wants to make sure that the plan would not cause too much increase in the national debt of Anguilla. We hope to have that outline put together, then submit an application to the British to grant us an adjustment for the next phase. And, once we get the green light on that, we would have to do the fully-detailed, extensive plan with all of the technical drawings, etc.”

Further down the road, the Anguilla Air & Sea Port Authority is also hoping to establish new cargo facilities at Corito Bay, the island’s current fuel terminal. “The port is also earmarked as the site for a deepwater harbor,” Fahie remarks. “We don’t have a deepwater harbor yet, and we are not actively engaging in the planning for that. But it’s next up in terms of major projects the Port Authority, with the cooperation of the government, is pushing ahead on.” 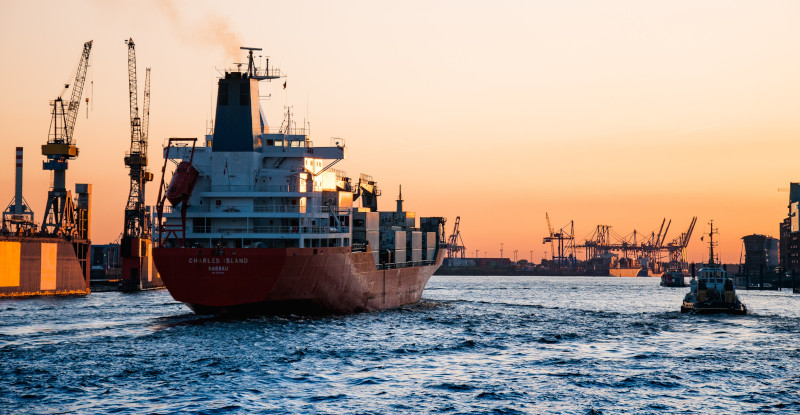 Going forward, Williams admits that there is no shortage of challenges at the Anguilla Air & Sea Port Authority, “but every day, we find new ways to make it work,” he exclaims. “We have a tremendous team approach between the Ministries and other stakeholders; we have a young and dynamic management team with no lack of enthusiasm and with a tremendous amount of skills; and we have a very steadfast and involved Board that allows the management team a certain amount of flexibility to act, while we still have its advice and overriding policy. I believe that the Port Authority prides itself as a conduit between the various stakeholders, whether that be in trade or human personnel. And we play a key role in Anguilla’s economic and social standing.”

Fahie agrees: “There is heightened awareness among staff of the need to continuously improve their knowledge and skills. They are motivated, committed, and keen to make a contribution. In the time that I’ve been here, I’ve seen a major shift to the view that we are in a business, so we are much more customer-focused. And we are much more aware of the fact that we have to finance ourselves and, therefore, have to make sure that we are able to generate the revenue that we require to meet the daily operations and also build up reserves toward assisting the financing of our expansions and replacements. The Anguilla Air and Seaport Authority is a dynamic entity that is fully committed to fulfilling its mandate to manage, operate, and develop the ports and serve the interests of the people, the government, and all of the stakeholders of Anguilla.”

WHO: The Anguilla Air and Sea Port Authority

WHAT: A statutory body of the Ministry of Infrastructure and Communications

WHERE: The Valley, Anguilla 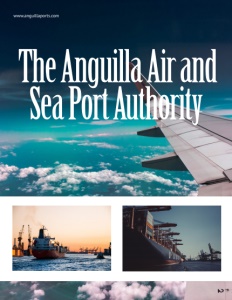