The JQ Charles Group of Companies

Business View Caribbean interviews Gordon Charles, CEO of the JQ Charles Group of Companies, as part of our focus on St. Lucia businesses.

Founded in 1944 by Sir Joseph Quentin Charles, JQ Charles Ltd. started as a small Castries-based grocery retail operation on the island of St. Lucia. “My grandfather was a consummate businessman with tremendous business acumen,” says current Company CEO, Gordon Charles. “The business grew and grew to a point where he expanded it into something significant because there was so much opportunity, at the time, on our small island.” 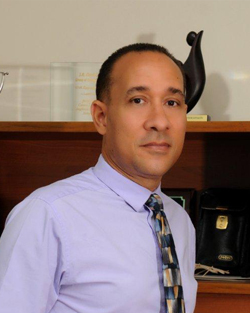 In fact, J.Q. Charles refused to be confined to one industry. By the 1970s, the company had become one of the largest locally-owned businesses in St. Lucia, growing from a small supplier of food items to an entrepreneurial conglomerate with interests in concrete blocks, detergent, furniture, mattresses, polyurethane foam, plastic bags, soft drinks, soap, eggs, cooking butter, confections, and agricultural produce, such as bananas and coconuts, which were slated for export, among other commodities. “We even had a department store, which had everything, including hardware and electrical,” says Gordon.

“The company really grew in the 1980s,” he continues, “but in the ‘90s, a change came with targeted outside investment in traditionally local businesses in St. Lucia, and as access to capital from the banks became easier to all. And I don’t think the company was geared to adjust to the changing competitive environment. This company was originally run as a family business. My grandfather ran it with his sons and daughters. Then they were joined by the next generation. Now, that has changed. We re-organized ourselves to the point, now, where we have a corporate entity and satellite companies, and we see ourselves as shareholders of a locally-owned enterprise. We employ professional management across the team; we have a structured and independent Board, and our current management team, aside from myself and one other, does not have any family members.”

Today, the JQ Charles Group of Companies is coordinated by a corporate office that oversees its constituent members, most important of which are JQ Motors Ltd., JQ Supermarkets Ltd., and the Realty division. “Real estate development, property management, and the automotive division drive investment,” Gordon explains. “We gave up a lot of manufacturing because on a small island, the economies of scale don’t justify it. Things can be imported cheaper – plastic bags, laundry detergent. So, you’d be protecting an industry that doesn’t make any sense, in some cases.” 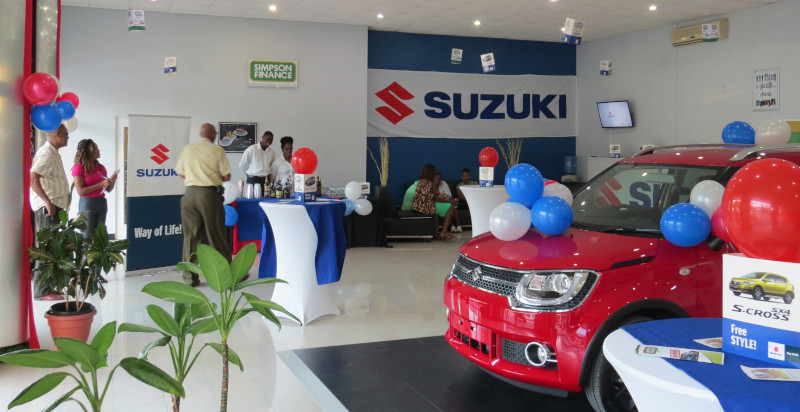 JQ Motors is one of the largest dealers on the island and offers autos from Mitsubishi, Chevrolet, Suzuki, Mercedes, Audi, and trucks from Fuso. Gordon says the company has strong competition from other dealerships – including one that sells Toyota, Hyundai, Honda and Subaru, and another that sells KIA Isuzu, and Mazda. “We go neck and neck with them most times during the year,” he avers. “What keeps us strong is our range of products. In this market, where brands can be up one day and down another, it’s important. We also have some good support from Chevrolet in terms of batteries and accessories that are well-placed and well-priced. So, we developed a distribution arm, which helps strengthen our automotive brand. We also have an excellent location – high visibility in a high traffic area.”

For decades, the biggest area of concentration for the JQ Charles Group was supermarkets and food distribution, in general. Our direct involvement in that part of the business has been scaled down somewhat, since the supermarket company is directly managed by the majority shareholder, the Massy Group out of Trinidad. “Across the islands, Massy Supermarkets are a dominant force,” Gordon admits. However, as a minority shareholder, JQ Supermarket Ltd. still plays a significant governance role with its St. Lucia stores, as well as on the neighboring island of St. Vincent, where there are three. “The economies of scale keep that business going,” Gordon notes. “And one of the things that keep us apart from competition is the association with the Massy Group, which means that our purchasing power is regional and that is one strength that we are able to leverage.”

JQ Realty Inc. is one of St. Lucia’s larger real estate companies with a portfolio of properties across the island, including supermarket locations and a shopping mall, which is run as a separate company, JQ Rodney Bay Mall Ltd. “We have a good working knowledge of the industry and are well-placed to compete,” says Gordon. “We also own a property called Choc Estate, which has approximately three hundred acres of undeveloped land, and probably the best-located land between Castries and the north end of the island, where most of the development is.”

The already developed component of Choc Estate comprises approximately 10 acres of a modern commercial complex which accommodates the head office of the JQ Charles Group of Companies, as well as the showroom and service center for JQ Motors Ltd. The compound also is home to the head offices of several other companies, as well as St. Lucia’s first Big Box shopping center, Massy Mega, which is part of the Massy food retail strategy.

While other small parcels at Choc Estate are expected to be available soon for more office and commercial enterprises, Gordon has much more ambitious plans for the remainder of the land – the construction of an entire new community. “We came up with the design in 2007 and presented it to the government, right before the economic crash,” he reports. “In 2008, we all know what happened, so we backed off development because we still think that the economy in St. Lucia does not yet justify the kind of international development that would be required for the property. As you can imagine, that’s a big project for a small island, so we would require a partner who has the kind of capacity and sees the visions we do, and that’s what we’ve been looking for.”

According to Gordon, a new area of focus for JQ Charles Group is insurance. “We are representative of one of the largest insuring houses in the Caribbean, which is Guardian Insurance out of Trinidad,” he states. “We have a minority stake in the local agency. We’re not the strongest player in the market; that company is small in comparison to some of our competitors, but what keeps us well-poised for the future is that Guardian is one of the entities that is very strong in life insurance, and this product is expected to be introduced to our local market in 2019. There are only two or three strong players in life, and I think that is the potential stronghold that is going to drive that business, and will be the catalyst that will keep us abreast of the competition.”

“We focused over the last four years on strengthening the operating companies so that they are now all running healthily and profitably.” Gordon remarks, in conclusion. “That being done, we can then turn our focus towards new development. The opportunity that we have – a total expansion of Castries to the north – I would see that as the legacy the family would like to leave; the whole Choc Valley can be an entirely new town. So, I would suggest that in the next five to ten years, our focus will be channeled more towards real estate development and also identifying the kind of partners that are required to achieve this.”

Check out this handpicked feature on The Anguilla Air and Sea Port Authority – Fully committed.

WHO: The JQ Charles Group of Companies

WHAT: A group of companies that include retail, automotive, insurance, and real estate 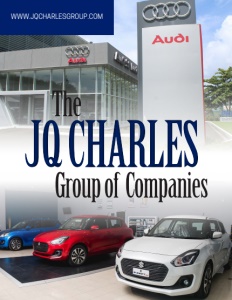