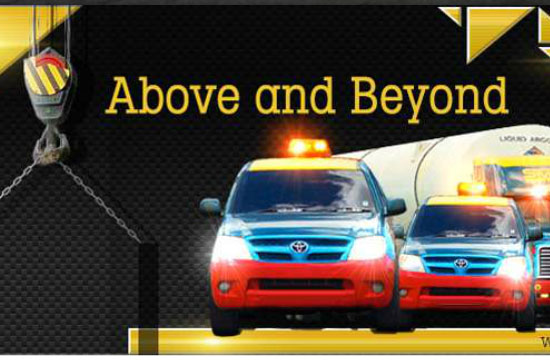 Navigating the business climate in any country is a challenge.

But assessing and reacting to changes in a place where leadership transitions tend to have a significant impact on the ebb and flow of work – namely, the twin-island nation of Trinidad & Tobago – has become par for the course over time for the Junior Sammy Group. “We work on an election-to-election basis,” said Hugh Murphy, president of the multi-pronged operation, which ranks as the largest private general contractor in the country of 1.2 million people of the northeastern coast of South America. “We’ll look and see if there’s going to be a change or if we’re going to have the same government. If there’s a change, there’s always a change in policies, so that dictates how companies are going to manage and factor in budgets for the coming years. It’ll also affect the private sector, so we’ll wait and see how the political climate goes.

“But if everything stays the same, we’ll look to consolidate what we’ve got and grow in our core businesses where we can. That’s what we do.”

Murphy said a typical one- or two-year stretch in the country will feature a wave of public-sector investment and significant projects, prior to a significant slowdown as the market adjusts.

But, because 60 percent of the national gross domestic product is connected in some way to the oil and gas industry, there’s a consistent enough flow of private-sector activity to keep things busy.

And now that it’s reached a certain level of stature, the group has no intention to back away.

Consolidating existing markets, examining potential growth areas and expanding internally toward increased scaffolding and asphalt/concrete capabilities are priorities for the next several years, Murphy said, though any long-range objectives must coordinate with a political climate that tends to have a significant effect on business.

The next general election, which will include voting for president as well as members of the House of Representatives, is scheduled for May.

“It’s a nice, evenly balanced market, but it can have peaks and it can have quiet spells,” Murphy said.

“We went from 10 years ago having two or three contractors of any size, now you’ve got 20 or 30 who are maybe not in our league, but are half the size of us and certainly giving a lot more competition to the bigger boys. But to stay in the industry, you have to spend the money.” The group’s entities include Junior Sammy Contractors Ltd., Jusamco Pavers Ltd. and Sammy’s Multilift Services. And Murphy, a transplanted Scotsman, said having all those moving parts under one familiar umbrella provides an advantage when particularly urgent needs arise.

“We’ve got quite a history on the island of work that’s been completed, so if anybody asks about the people to go to, a lot of people know Junior Sammy Group of Companies and they’ll knock on our front door,” Murphy said. “The government comes and knocks on our door in emergencies.

“There was a sinkhole in an area close by to seal up, and in 24 hours we came up, mobilized and brought all our equipment. It’s a major artery into (the capital city of) Port of Spain, and within 15 hours we had it fixed, repaired, poured the concrete, laid down the asphalt and the road was back open to the morning rush hour traffic at 6 o’clock.

Organization history stretches back to when managing partner and namesake Junior Sammy was an employee of a trucking business owned by his father, and handled transportation needs for several local companies. After the initial business experienced significant growth, Sammy and his father joined forces on a second company – Junior Sammy Contractors – which now serves as the corporate flagship.

Subsequent growth yielded creation of the group’s asphalt paving and concrete plant (Jusamco Pavers) and he later acquired Sammy’s Multilift Services, a heavy-haul, heavy crane and heavy transport mechanical and construction company, upon the death of a family member.

The significant expansions were not part of a master plan, Murphy said, but they are quite an indicative reflection of the Sammy family’s business mindset.

“It was never a conscious decision that he was going to look into developing it as much as he has,” he said. “I think he just saw opportunities and he grasped them. He’s very much someone who you would call a very ‘feel’ and ‘gut’ entrepreneur. He sees opportunities and he makes his decisions there and then. And once he’s made his decisions, that’s it, he goes through with it.” The family remains intimately involved these days, with Sammy as the owner of the three entities while a collection of children and spouses serve in various roles as directors and senior executives. Some 1,200 to 1,500 people are employed across the companies, though Murphy said the workforce can swell above 2,000 with temporary staff as peak work seasons demand.

The Junior Sammy Contractors arm specializes in public- and private-sector infrastructure construction work and lists major companies like BP, BG and Nucor among its priority clients. Sammy’s Multilift Services owns the largest crane in the Caribbean region – a Manitowoc 850 with a superlift device – which is used on key installation projects through Trinidad’s Point Lisas gas belt region. The Jusamco Pavers business built the runway at the country’s Piarco International Airport and oversaw construction of the $19.7 million D’Abadie Bridge that opened in 2014.

Each company has its own office and they’re operated independently while doing to day-to-day business, though Sammy is listed as the sole proprietor of the entire operation as a whole. Murphy said revenue among the three is split relatively equally, due in large part to the fact that the companies are able to subcontract to one another to handle their respective projects.

“There are two or three competitors that are probably close to being the same size as us,” he said.

“But they don’t give the same in-depth, across-the-board offerings that we do, because we can support it. We have the major players and the major clients coming in. We don’t do a lot of advertising other than what you see on the island from our trucks and our equipment.”