Business View Caribbean interviews Darwin Telemaque of the Port Authority of Antigua and Barbuda, as part of our focus on best practices in port facilities.

The Port Authority of Antigua and Barbuda is the quasi-governmental institution that oversees the maritime ports on this island country in the Eastern Caribbean. Antigua’s main commercial port is Deep Water Harbour in the capital city of St. John’s. It handles all the cargo that is imported into the country. Also in St. John’s are the Nevis Street Pier and Heritage Quay – both ports of call for major cruise lines. Other, smaller marine ports include Falmouth Harbor and English Harbor on the southeast section of the island, and Jolly Harbor, a little further to the south. 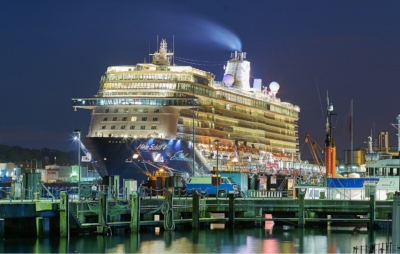 Deep Water Harbor was built between 1965 and 1968, and opened to commercial traffic in 1969. After 50-plus years of operation, it is outdated and slated for redevelopment. Darwin Telemaque, the CEO of the Port Authority, reports that the financing for the $100 million project has finally been approved after  several years of negotiations, a contractor has been selected, plans have been drawn, and the actual demolition of certain parts of the Port are now underway. “It took some time to finalize the financing,” he states. “We had to demonstrate certain specific financial performance, which we have done. So, the Port redevelopment project has started.”

While awaiting the Port’s redevelopment, Telemaque reports that over the last few years, the Port has been busy and successful. “We’ve doubled the port’s income from 2013 to 2017,” he declares. “We’ve made significant improvement in our productivity in terms of ship-to-shore interface and in terms of our yard management – we shrunk and repositioned the yard. That has made a significant difference for us. We have updated clearance and cargo processing services with customs, so we now have a quicker and smoother transit system from the Port. Our financial management continues to be our strongest aspect for growth, as we have surpassed our annual financial performance for every year by double-digit numbers. Our profitability in 2016 was pretty strong; we generated about $4 million. In 2017, we did over $9 million in gross profit – the best year we ever had. We won the Port Management Association’s Award for Port of the Year in 2015 and 2016 for the most improved port in the Caribbean.”

The new Port’s timetable for completion is about three years. It will include a logistics park, which Telemaque says will facilitate its distribution, warehousing, and permitting services – “all of the things that would go into a logistics environment,” he avers. “We’ll be a bonded facility with a new administrative building that will help the Port, improving our efficiency by creating an enhanced output and a one-stop-shop for all the areas. One of the things that we are going to do is to select and implement a terminal operating system – a TOS. We don’t have one, so we’re looking at facilitating that. We will be putting in fiber throughout the Port, so that as the technology advances, we can continue to advance with it.”

“We are starting to do some digital analytics on our equipment, with the Caribbean Maritime University,” he continues. “We’re having some discussions with them now to commence that aspect of our service. That way, we will have sensors installed in our heavy equipment and the data will be monitored and assessed by the Caribbean Maritime University, which will provide us with updated information on the need for proper maintenance, or the possibility of parts that need to be replaced. It will greatly enhance our services by reducing downtime.”

In addition, Telemaque explains that the Port will be able to expand its property between 12 and 16 acres: “We are doing some dredging and deepening of the harbor, which will leave us with some material that we can use to reclaim some land. That will allow us to do additional services. We’re looking at maybe adding some dry-box storage, empty container storage, or relocating some warehouses from the city that we can move down to the Port. So, we’ll be trying to industrialize that new, reclaimed area.” 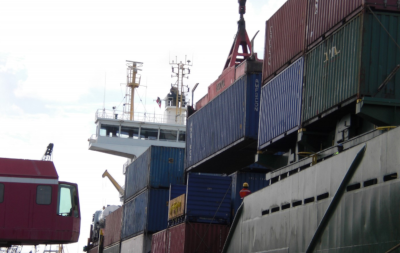 Enthusiasm for the new port is building both within the country and without. “It’s the talk of the town, and also the first port that is going to be redone in the subregion,” Telemaque remarks. “All of our ports in the subregion are more than 50 years old and we are the first country to upgrade our port, so, no doubt, there’ll be others looking to see what we do; how we can enhance the environment. We are challenged by that. If you get to go first, we’re hoping that we can do it right. I think we can put all the pieces together and I’m very excited about the product that we have.

“I’m more excited, however, about the possibilities that the project brings and about how well we can utilize the facility to bring about the necessary economic and social transformation that these sorts of infrastructure projects should bring. There’s a tendency to focus on the construction component and all of the benefits that it brings, but I am more interested in how I can advise the local private sector and the region as to how we can use it.”

Telemaque recounts how the Port was used, recently, to facilitate the logistical support for many of the region’s islands that were impacted by last year’s devastating hurricanes. “We provided air and ocean support directly from the airport and the seaport, and was able to help and assist many of our neighbors,” he says. “The British government and the British army have now determined that the Antigua Port Authority should become a forward operating base for future support going into the islands that remain as British colonies. They are now conducting a port audit that will be the precursor to the new port becoming a launch environment that provides the capacity for relief and disaster support.”

“That is a significant recognition of the capacity and commitment shown by members of the staff of the Antigua Port Authority,” he adds. “It also reflects the leadership shown by the Chairman of the Board, Senator Mary-Claire Hurst. It obviously takes a government that is committed to allow the Port to be used in such a manner, and we are grateful to Prime Minister Gaston Browne in allowing us to provide that type of regional support. In addition to the British Army, DVID (Department for International Development), which is a British NGO, has also decided to use Antigua as a location to house significant relief supplies in containers, so if the need comes up to supply the region, they will have staged cargo within the Port.”

Looking to the future, Telemaque says, “The Port Authority continues to ensure that, as we build a new facility, we are also building the human resource capacity of the Port. To that end, we have given full scholarships to 26 Antiguans to study various maritime disciplines at the Caribbean Maritime University in Jamaica. They will be hired by the Antigua Port Authority, so they are guaranteed employment, and they will form the future of the Port from the perspective of port management, marine engineering, marine transport, security, and other disciplines that the Port requires. We’re not just interested in putting concrete in the ground; we want to ensure that the right system of management is in place to carry on the vision.”

Check out this handpicked feature on The Water Authority of the Cayman Islands.

WHO: The Port Authority of Antigua and Barbuda

WHAT: A quasi-governmental agency responsible for the islands’ maritime ports

WHERE: Headquartered in St. John’s, Antigua 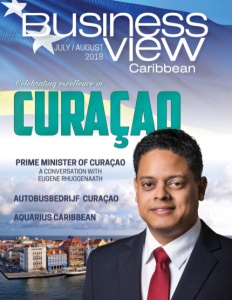 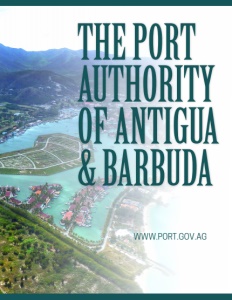