DOC’s Group of Companies has a vision to bring affordable, safe housing to Trinidad and Tobago and the rest of CARICOM. And they are determined to make it happen. “I would say about 80 to 85 percent of the population of this country cannot afford a house on the open market, and that is so in a lot of places,” says Shymdeo Gosine, Managing Director of DOC’s Group of Companies. “I have been preaching that we need to build houses at a price that people can afford, and what is affordable to the lower-middle- and middle-income people.” 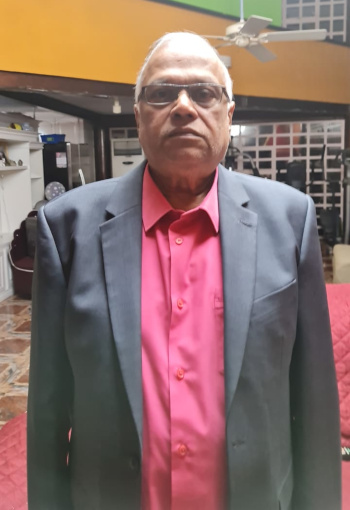 So Gosine took it upon himself to do it; purchasing a Waffle Crete system from a company in the U.S., which allows them to build precast 5,000 psi concrete structures that can withstand 8.3 magnitude earth quakes, category 3 hurricanes, and is 99 percent fireproof. He reports, “We build a house that the person is comfortable with, that has all the structural engineering integrity. A house that will not be blown away by a hurricane or have some earthquake come and knock it apart. You’re building something that will last.”

Now, DOC’s Group of Companies, which is headquartered in Point Lisas, Trinidad, is trying to co-ordinate their efforts with local government agencies and regulatory bodies so they can build homes that are more affordable for the general public. “What we are planning to do is construct this building and do minimal finishes,” Gosine explains. “This person can live comfortably and as their lives go along, and they earn more, they will slowly put in the additional things that will make the house look better. Economically, it will grow their wealth from investing in their properties and it grows in value. I’m seeing it as a way to keep a sustainable middle class and at the same time they will earn and grow themselves as we go along.”

Gosine has already been in talks recently with Trinidad’s Housing Development Agency. He acknowledges, “I met with the Minister and I let her know this is the manner and method we have to use. We are not giving anybody anything for free, but we give them something that they can afford. And with government interventions we will be able to do it more and more. And you wouldn’t have to pull a penny out of the public purse.” Gosine has also had productive talks with the Minister of Housing in Guyana about his plans, and he hopes to expand his efforts even farther. “They are all on the same page of this,” he says. “They think it’s a very good idea and they can work with this. I am seeing the whole of the eastern Caribbean needing housing like what I do, incorporating roofs that don’t get easily blown off. We do concrete roofs and, with today’s technology, we have a coating that allows the roof to remain at ambient temperature even at 2 o’clock in the afternoon when the sun is very hot.”

The company has plans in the works to upgrade technology and integrate Five Variant FRP – fibre reinforced polymer – bars, which are 25 percent of the weight and stronger by half than carbon steel rebar. It will also allow that building to last 100 years plus without deteriorating the concrete. In carbon steel, after a while the oxygen starts to carbonize and then it creates cracks in the concrete. With FRP that won’t happen, and the building will last for a considerably longer time. In addition to building more economic housing, DOC’s Group of Companies is also focused on constructing houses and buildings “for everyday people who have land.” They are currently building 20 to 30 houses at a time, as they go along.

Over the years DOC’s Groups of Companies has seen many forms and has gone through several evolutions. The company was first formed in the late 1980s after Gosine left his job at a steel company on the island. He recalls, “I had a lot of experience in the steel industry, so I offered contractual services. I started firstly with a little bit of consultation and then it went on to supply and labour for various reasons.” Under the name DOC’s Engineering Works Ltd, the company then began offering general services like welding, fabricating, electrical, and more. When methanol plants started popping up on the island, they provided electrical installations as well as mechanical installation and levelling. 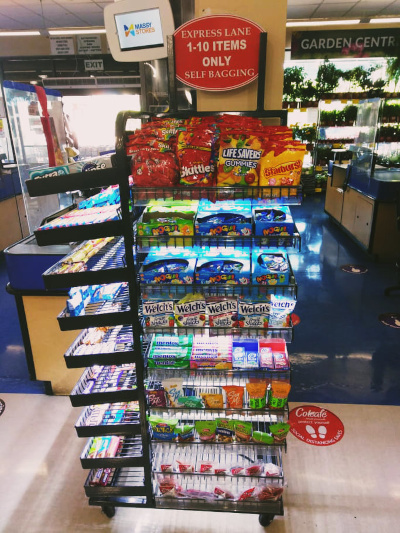 “We grew quickly because there was a lot of work going on in Trinidad in those days,” says Gosine. “By the early 1990s, DOC’s had acquired a cache of heavy equipment, including cranes, front-end loaders and electrical equipment. We were very equipped to go into the (methanol plant) environment. So, we were moving at quite a fast rate at that time.”

From there, they moved into point-of-purchase manufacturing, chrome plating, and powder coating. Today, through DOC’s Engineering Works Ltd, the focus is on custom manufacturing and they also manufacture for almost all the snack food companies in CARICOM. “That business is stable,” Gosine says. “It’s not very large because we live in an area that only has about 20 million people. CARICOM is not very big and populated, so when you are doing things you have to know all sides of the market and how to pace yourself at that level so you don’t oversell yourself.”

In 1990, Gosine added DOC’s Homes Ltd to the DOC’s Group of Companies, with a focus on building. Since inception, they have built more than 500 homes in Trinidad and Tobago. The company offers precast houses with up to three bedrooms, apartments and townhouses with two to four units, as well as doing infrastructure work such as precast drainage systems and precast bridge systems.

Today, DOC’s Group of Companies has 115 employees, many of whom have been there anywhere from 15 to 30 years. Creating a working environment that is both enjoyable and productive is a priority. “My thinking is that if you have happy people who understand what you are doing and you make them part of it, you will get production and you don’t have to ask too much for it,” says Gosine. “This is my motto.”

And his efforts have paid off. Gosine has a dedicated staff who clearly care for him very much, as evidenced by a special message left on the company’s Facebook page for his birthday in February. “Working with you each day is truly a gift for all of us,” the message reads. “Thank you for your support and leadership.”

Gosine lives to enjoy his life, every day looking forward to the next day. “That’s how I want to be,” he shares. “I want to be happy and not have too much confusion.” Part of that includes a bit of mischief – which is reflected in his company’s name. “DOC” comes from Gosine’s childhood nickname as a cheeky rebel. His uncle gave him the moniker after Doc Holliday from the film “Gunfight at the OK Corral.” Gosine admits, “I had a little bad boy kind of thing, it’s probably how I behaved. I would not let anybody step on my toes. So he named me Doc and it stuck to me.”

Gosine hopes that tenacious spirit will help him lead DOC’s Group of Companies into the future, and help him achieve his goals. His main ambition is still to see his safe, affordable housing available across the eastern Caribbean. He emphasizes, “My main goal is to produce economically viable homes for my brothers and sisters in CARICOM and to get a better standard of living for us in this region.”

WHAT: An engineering, manufacturing, and building group