Award winning Saint Lucia Photographer and Sustainable Tourism Ambassador Kirk Elliott has launched the I Am Lucian Webinar Series to coincide with Saint Lucia’s 43rd Anniversary of Independence. The webinars will explore: What does it REALLY mean to be Saint Lucian? What sets us apart and distinguishes us from every other nation on earth? How can we use this ‘Unique Saint Lucian Essence’ – whatever this might be, as a motivator towards excellence?

The webinar series is included in Saint Lucia’s official calendar of events celebrating the island’s 43rd Anniversary of Independence, and early indications reveal that the series is highly anticipated, especially as it runs for an entire year.

The webinars seek to engage Saint Lucians at home and abroad, along with anyone else interested in joining the conversation, as identifying and connected with who we truly are is of great value to all mankind. The series launches Thursday, February 24th, 2022 and comprises 12 webinars – one per month for a full year of engaging self-discovery.

When asked what his motivation was for these webinars, especially being so far removed from photography for which he is widely known, Elliott explained: “I was blown away by Prime Minister Philip J Pierre’s reference to the importance of 1795 during his 2021 Emancipation Day address to the nation, especially since this is not taught in any of our formal history classes.”

Elliott himself only became aware of the significance of 1795 to Saint Lucia’s history as a consequence of his “Caring Entrepreneurship” work with the community of Fond Gens Libre in Soufriere. Elliott has worked with the community since 2015 helping it create a tourism product that they seek to develop into an International Benchmark of Community Based Sustainable Tourism within a UNESCO World Heritage Site.

In 1795, Saint Lucian mulatto heroine Flore Bois Gaillard, starting from the community of Fond Gens Libre, successfully led her troops against the British in the Battle of Rabot. Her victory and others that followed resulted in a year of freedom (1795-96) in which blacks and mulattoes who could read and write were placed at the head of some local municipalities. During this period many persons enjoyed civil liberty and political equality as enshrined in the French Constitution.

The first webinar will explore the Battle of Rabot as a possible anchor to this unique Saint Lucian-ness we seek to identify. Sylvester Clauzel, Caribbean History Researcher and Winston Phulgence, Historical Anthropologist and President of the Saint Lucia Historical & Archaeological Society are special guests for this inaugural webinar. Their insights and contribution to the discussion will set the stage for enlightening engagement for both this and subsequent webinars. 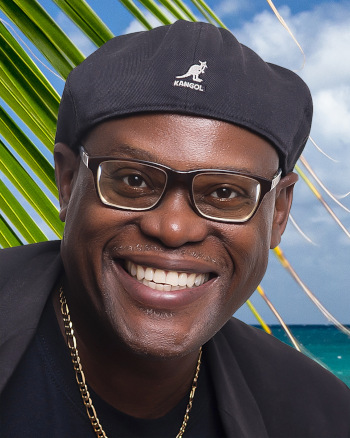 To commemorate the Webinar Series, Elliott will be giving away signed prints from a series he created to support early childhood education and sustainable tourism development. The images feature familiar Saint Lucian scenery, as well as views that many would have never seen before.

National Rums of Jamaica – Love at...