“Responding to the farmers of the Caribbean”

During the past 50 plus years, governments in the English speaking Caribbean have recognized the need for a regional research system to meet the increasingly complex challenges of agriculture. The Caribbean Agriculture Research and Development Institute (CARDI) has taken on that mission by translating vision into action, through a road map of Strategic Programmes. Key deliverables will enable the Institute to contribute, in the short term, to increases in food supply to the region, and in the medium term, to the stability of the agricultural sector, food and nutrition security and reduction in hunger and poverty. 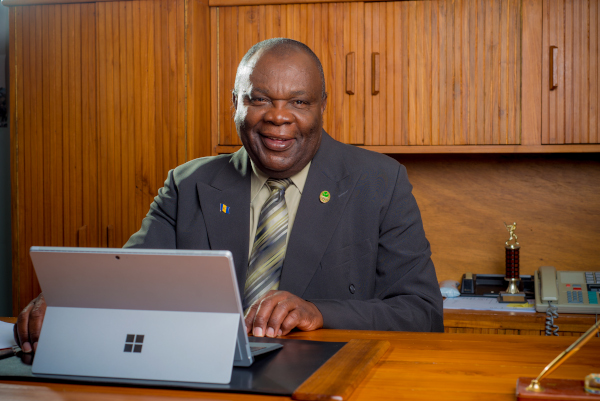 Business View Caribbean spoke with Barton Clarke, Executive Director of CARDI, about the organization’s history, current initiatives, and insights into the future of the agricultural sector in the Caribbean Region. The following is an edited version of the conversation.

BVC: Can you share the history of CARDI and its mission today?

Clarke: “The Caribbean Agriculture Research and Development Institute was formally launched on Dec 5, 1974 by the Conference of Heads of Governments as the lead CARICOM institution for agriculture and related matters. But the history goes back a bit earlier, in that there are some foundations related to the Imperial College of Tropical Agriculture, which was initiated by the British to serve the needs of the Tropical Commonwealth. Back in 1955, they recognized that in addition to recognizing the needs of the wider commonwealth in India, Pakistan, and Australia, they needed to pay particular attention to the Caribbean. As a consequence, they established what was then called the Regional Research Council (RRC). That was based in Trinidad, with other offices in Barbados, Jamaica, and Antigua.

“With the advent of some level of independence in the Caribbean and more set governments, and the formation of CARICOM, it was thought that the actions of CARDI should be reporting to CARICOM through the standing committee of Ministers of Agriculture. Hence, RRC was closed and CARDI was established. At that time, CARDI was based in four countries, now 14 Caribbean countries are members. The purpose of the organization is to provide a research and development service to its members. In addition, it has responsibility for coordinating research to support regional development. We also provide an R & D service to address the interests of food and nutrition security.”

BVC: What do the operations entail?

Clarke: “We operate mostly in the field, dealing with aspects of field agriculture. Helping to improve the productivity of crops, how to protect crops from assorted pests and disease, how to manage soils and water in a far more meaningful way, how to address the issues of climate change. In a nutshell, these are the current scope of the CARDI operations.

“Our scientific staff includes entomologists and pathologists and agronomists. We also have market specialists, agricultural economists, project managers, agribusiness specialists, and molecular biologists. Most of the work is done in the field but it is also done in laboratories. We have a crop protection lab based in Jamaica for example. And we manage a breeding station in Jamaica where we’re focusing on developing a local breed of goats. We have a seed laboratory in Antigua and a seed testing facility in Belize. Because a lot of production in Belize concentrates around grain, rice, red kidney beans, black-eyed peas, soybeans. That is one of CARDI’s principal success stories. Quite a lot of commercial activity currently taking place was predicated on research done by CARDI. Right now, we test all the red kidney beans exported from Belize, for purity. Before that test, no exports could take place.

“We have pioneered farming systems research and development in the Caribbean; interacting with the farming community in a structured way by bringing farmers into the research team, so we were better able to understand the small farm situations and suit technology to fit their circumstances.” 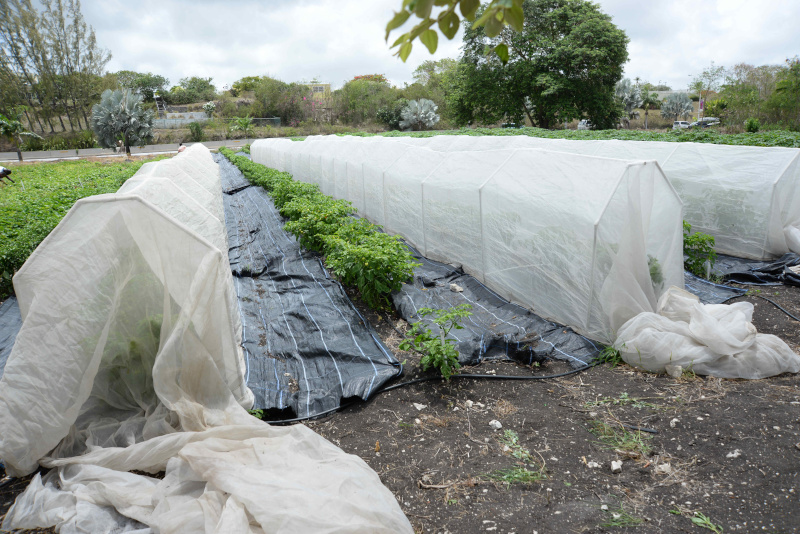 BVC: What are some of the biggest challenges in the agricultural industry?

Clarke: “We have both social and technical issues which culminate in low productivity. From a technical perspective, that’s the biggest challenge we face. Hence, CARDI’s quest to bring greater technology solutions to those farmers. There is also the issue of the high cost of labour and availability. We are still in the process of shifting from the plantation system that dominated banana and citrus and other commodities, and having the countries become part of the global family of agriculture and join the world trade organization. Having to adhere to the rules of engagement set by WTO meant we have to become a lot more competitive. The protected markets we had for sugar and banana and rice etc. were all dissipated and now we have to operate within that global arena.

“There have been less than desirable investments in the sector because most of the very small countries in the Caribbean have made strategic investments in tourism, in particular, and to some extent international business and manufacturing, and not so heavily in the agriculture sector. However, in the case of Guyana, Surinam, Belize and Jamaica to a lesser extent, where agriculture represents more than 10 percent of their economy and up to 30 percent of the labour force, we’re seeing they are less dependent on imports than smaller countries that are much more dependent on the tourism sector. Those issues, in more recent times exacerbated by disruption in the supply chain caused by COVID-19, are the challenges we face on a daily basis.”

BVC: How else has the pandemic affected the industry?

Clarke: “Initially, the entire farmer community was in lockdown, so a lot less attention was paid to their crops and livestock. We then, along with the CARICOM secretariat, established a working group including other regional institutions such as the Caribbean Public Health Agency, the Caribbean Agency for Crime and Security issues. During March, April, and May 2020, we developed a framework and an operational plan for responding to the COVID situation. One of the criteria we established in the beginning was to identify the farmers as part of the essential workforce, and that recommendation was accepted by the Conference of Governments, allowing farmers to get back to the business of production.

“On the other hand, because of the fallout from the loss of the tourism sector, we found that we had some surpluses, such as produce that tourists would normally consume. As a result, the Caribbean governments put some initiatives in place to facilitate trade within the region, within their own domestic spaces. Allowing for some of the primary material to go into food products, so they extend the opportunities for the farmers. The government made available storage facilities for some of those commodities and assured there were no issues with price gouging. In addition, the consuming public were afforded the opportunity that their supply chain was not disrupted, as it relates to what could be produced in the domestic market.”

BVC: What advocacy role does CARDI play on behalf of members?

Clarke: “Our Value Chain Services Programme is the core of the organization – to provide technology solutions for commodities identified and targeted across the region by the Ministry of Agriculture. It focuses on increasing productivity and profitability, increasing agriculture for food safety capacity, those type of things. Another programme called Partnerships & Strategic Alliances creates partnerships at different levels in the value chain, i.e. farmers, governments, various markets, international universities, other regional institutions. Offering a more cohesive way to deal with the issues.

“Then there’s a Policy & Advocacy Programme, which we advocate from the level of the heads of governments, within the international arena, within the national space, within the private sector as it relates to the issues affecting agriculture. Every year at the Ministry of Agriculture annual meeting, we and our partners present various policy options for their consideration. The strategic plan for 2020 to 2030 has now been launched and a set of clusters was established. One is the cluster for Agriculture and Food and Nutrition Security, where national and regional entities – kindred spirits – meet on a monthly basis chaired by CARDI to articulate policy issues that would then be presented to the Ministers.”

BVC: What excites you for the future of agriculture in the Caribbean and how will CARDI take part?

Clarke: “The key thing that excites me is the commitment by the political directorate to food security. This was a movement cemented by COVID-19 and it means greater investments in the agricultural sector, especially in research and development. The advent of the Caribbean Private Sector Organization, where there is some commitment on their part to invest in the sector whenever and wherever it is profitable to do so, that is where CARDI comes in. We are now doing investment profiles, so they can see if they invest in an area of technology for a certain commodity that we advocate then you can have a decent return on your investment. That will help in the mandate for reducing the food import by 25 percent by 2025.

“And then, the opportunity afforded us by taking advantage of information and communication technology. The Universities of the West Indies and tertiary level institutions are busy coming up with different computer-based applications – artificial intelligence, robotics, drones – we’ve seen that emerge where the rural development authority of Jamaica used drone technology to remotely assess the damage done by hurricanes, instead of having to go into the field. And the fact that the heads of government have also adopted an agenda to make the Caribbean resilient, using among other things, big data, to give us a competitive edge in the marketplace. All that is making for an exciting time going forward.”

Membership of CARDI is composed of the 14 CARICOM nations, with Country Offices located in:

Saint Vincent and the Grenadines

What: Organization focused on improving the Caribbean agricultural sector

Where: Headquarters in Trinidad

Say “Nutmeg” and the island of Grenada comes to mind. This tiny, 120 square miles island known as “PURE GRENADA, or the “ISLE OF SPICE,” is home to the Grenada Cooperative Nutmeg Association (GCNA), who is responsible for the production and sale of high quality nutmegs, mace and value added products. This 75-year-old farmers’ cooperative is a global brand and has an active membership of approximately 3,500 farmers.   GCNA employs over 138 persons and currently, 85% of Grenada’s bulk nutmegs and mace are exported.

AGREEMENT REACHED ON ADMINISTRATION OF 2021 REGIONAL...