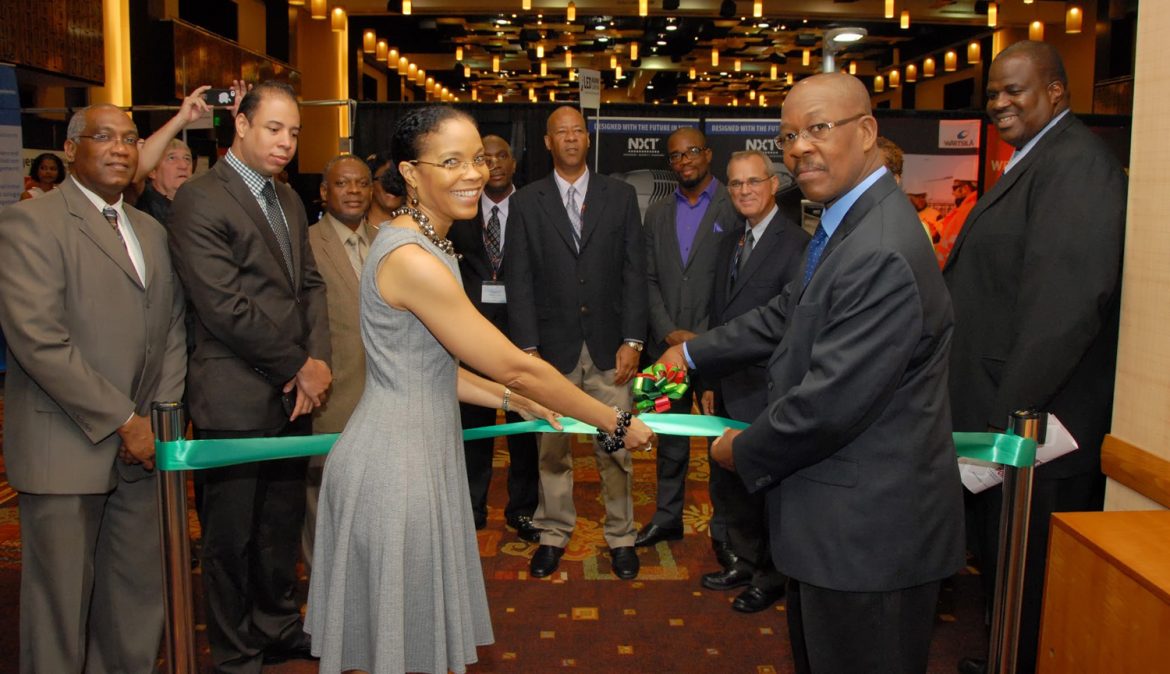 The Caribbean Electric Utility Service Corporation, or CARILEC, is an association of electric utilities, suppliers, manufacturers and other stakeholders in the regional industry. It was established with nine members in 1989 as part of an electric utilities modernization project funded by the U.S. Agency for Internal Development, and implemented by the National Rural Electric Cooperative Association under a five-year cooperative agreement.

Twenty-five years later, CARILEC’s membership has expanded more than tenfold to include 33 electric utilities (full members) and 62 companies that directly provide utilities with equipment, materials, supplies, expert knowledge and services (associate members). Also included with an “affiliate” label are governmental/quasi-governmental bodies and educational institutions, such as associations or nonprofit corporations. The enduring goal? To be the premier association of utilities and industry partners facilitating electric energy services to the people of the Caribbean, and to enhance the effectiveness of members by providing appropriate services, networking, training and knowledge and advocacy.

“We’ll try to ensure that the sector remains afloat,” said Executive Director Allison A. Jean, who assumed her leadership role in August. “Therefore CARILEC, as a secretariat, collectively would speak on behalf of the members, to governments, to other stakeholders in the sector. (Our efforts are) aimed at developing a world-class electric energy service for the Caribbean.” Of course, with a broad mission comes a busy workday. Much of CARILEC’s recent advocacy has involved renewable energy, thanks in part to both the unpredictable price of oil on the world market and emerging concern about climate change. The majority of the region’s utilities are still generating power via the use of fuel, which makes transitioning to renewables a difficult sermon to preach because of the extensive costs involved. Still, there has been progress.

The island nation of Dominica is moving forward with both hydropower and geothermal exploration. Guyana and Haiti are home to hydro plants. Saint Vincent and Saint Lucia have done geothermal work for several years between them, and plans are in the works for experimentation with wind energy in the latter nation. Other initiatives have had varying levels of success, including a waste-to-energy plant and movement toward increased adoption of solar energy. CARILEC, in fact, presented a renewable energy conference in September that was aimed at continuing the dialogue and exposing the community to the options that are available to complement what already exists. It all presents a unique challenge to Jean and colleague Andrew Thorington, CARILEC’s project manager, who must regularly massage their renewable marching orders from “full-speed ahead” to “as soon as possible,” while also tempering their enthusiasm for new technology with the knowledge that cash-strapped governments can’t always risk their financial wherewithal on the next big thing. “We promote knowledge-sharing, technical studies and surveys, and we really seek to educate the members as to what is out there,” Thorington said. “We cannot afford to have our utilities fully embrace technology that has not been proven. Because of our economic financial situation in the Caribbean, we really cannot afford that.” Jean concurred, and said the approach they’re left with is one of incremental success. “(We’re trying) to see how best we can get the utility companies to shift their focus to at least adding renewables into their blend in order to, first of all, cushion the effect of the oil prices,” she said, “but in time contribute to the reduction in greenhouse gases and greenhouse gas emissions and the climate-change issues that come about.” Another item on the agenda: fostering social responsibility.

CARILEC members double-down on consumer outreach efforts to counter a chronic perception of utility companies as being driven solely by bottom-line motives. They attempt to bridge the gap with increased givebacks, including contributions to both a general organization-wide disaster fund and another fund set aside specifically to deal with long-term recovery efforts in Haiti. “We’re seeing the efficiencies in terms of the infrastructure that has been there, as well as the expertise that resides within each utility company,” Jean said. “The building process has been much quicker, and also the assistance that other members give to their brother and sister members to assist in having a quicker recovery process.” As a component of its mission to enhance effectiveness of member entities, CARILEC performs and distributes an annual benchmark study of the region’s utilities. The work comprehensively covers technical aspects of utility performance, in addition to other aspects that have included both human resources and environmental factors.

The study has been performed every year but one since 2002 and has grown to play a significant role in informing not only members — but also pertinent regional stakeholders and the industry as a whole — about the overall performance of the member utilities. Some of the metrics observed pertain to electricity generation, transmission and distribution, as well as planning, metering and commercialization. And not surprisingly, upon comparing one utility to another, differing success rates become evident. “We can go really deep and look at specific areas, and there are many, where our member utilities have improved,” Thorington said, “and where they need to improve their performances. A specific area would be generation efficiency. That’s a specific area in which our utilities need to improve.” Armed with that knowledge, necessary changes are better undertaken, though Thorington conceded that study strategies are being developed to make the endeavor even more useful to all involved parties. “We’re at the point where we’re looking at a comprehensive approach to devising a strategy for utility-performance improvement, using the benchmarking study,” he said. “We want to ensure, from a secretariat or holistic perspective, what is required to make utility X, Y and Z better at their performance. We’re in the process of devising that strategy. From a technical perspective, it has been very informative and it has been used by the utilities.

“However, we feel that more can be achieved. If we take it as a whole, we have a mainly technical component, the HR component and the environmental component. Putting those together, and looking at areas where our utilities can improve their performances, I think that the opportunity is really there to lift up our member utilities to another level of performance.”

WHO: Caribbean Electric Utility Service Corporation (CARILEC)
WHAT: an association of electric utilities, suppliers, manufacturers and other stakeholders in the regional industry
WHERE: Headquarters in St Michael, Barbados
WEBSITE: www.cailec.org