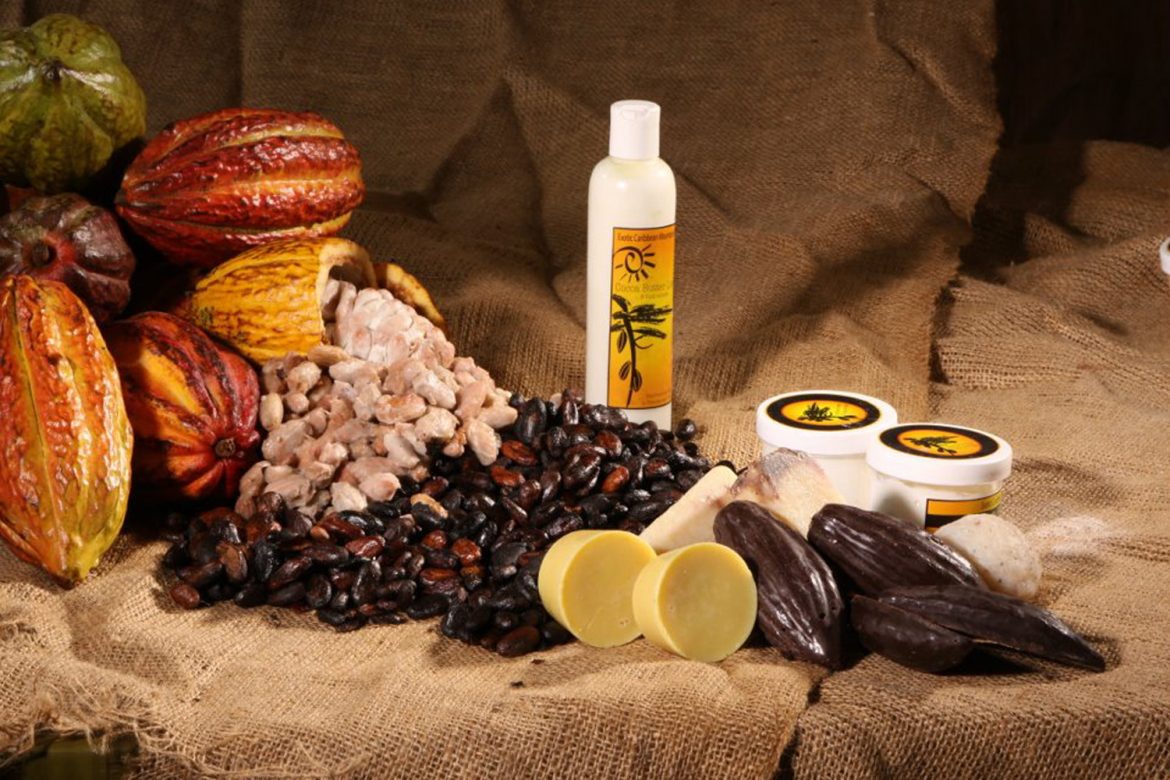 With burgeoning demand comes a need to ramp up facilities to accommodate that demand. And for the Trinidad & Tobago business known as Exotic Caribbean Mountain Pride, that meant Astrida Saunders – who co-owns a cocoa estate with her brothers that fuels the business with raw materials – was going to need to do some learning.

Several years later, the company still works out of a small workshop, but it’s totally mechanized and capable of producing the required products in a timeframe that corresponds with demand. The workshop is in Santa Cruz, about 60 kilometers from the estate. Working from Santa Cruz, Saunders said, provides easier access to the markets for distribution.

A new facility could come in about a year or so, because, Saunders said, “we are almost at a maximum” in terms of what can be accomplished production-wise in the existing set-up.

The main product is still traditional chocolate, though the company’s research toward producing other items that has generated positive feedback. Saunders drove an initiative that’s added cocoa butter to the product line, as well edible chocolates and a flavored liqueur.

“It was a quest for knowledge,” she said. “If something is made, there has to be a process. Actually finding out the process was difficult, because it wasn’t actually done here locally or there wasn’t a school to tell you ‘OK, it is done this way’ or ‘It is done that way.’ So it was trial and error and very costly, buying machinery that didn’t work and buying again. I think I can build on it now, because I do know how it is done.”

The company’s market is mainly local – in major supermarkets and souvenir stores on both Trinidad and Tobago – but there is significant demand from overseas as well, because the items are sold to tourists in souvenir shops and frequently transported to far-flung areas around the world, particularly in areas where there’s a significant population of Caribbean origin. The chocolates mirror the products traditionally available in the Caribbean region before the advent of mass-produced chocolate powders. When that occurred, the traditional means of producing the products were lost, and the younger generations are now being reintroduced to the original flavor of hot chocolate flavors.

“People really, really love that,” Saunders said. “Apart from the fact that people are going all-natural or all-organic, and this product is an all-natural product. This is what, as a child, we knew.”

Saunders said people in her local community in Santa Cruz participate weekly in the chocolate café, where they come together on Saturdays and drink traditional cocoa tea – which is made from shaving the cocoa pod and brewing the shavings into a beverage – in addition to sampling and purchasing other products made by the company.

“It is rewarding to see the expressions on their faces when they drink the product,” she said.

Saunders’ older brother and her two daughters each work in the business, along with one non-family member. It has remained that way in order to protect the traditional family recipes, she said. The would-be expansion in a year’s time would necessitate the addition of more machinery and more personnel, but she said a project of that scale would not be something that could easily be copied.

Within five years, she’s expecting a more sizable international presence – and a significant volume increase for the cocoa butter product in particular.

“A year ago it was a project. And I’m happy to say that the project has evolved into the business.”

The family began by reaching back into the estate’s history to restart a chocolate-making tradition that had begun among the estate’s slave labor population. The chocolate made by the slaves had never been sold as a commercial product and it was no longer available in the local market.

“There were not many people locally that were doing anything with cocoa beans at that time,” Saunders said. “We were one of the pioneers into trying to get something more from cocoa than selling and exporting the beans.” The business initially sold the chocolates – shaped in the form of a cocoa pod or fruit – to local souvenir shops. It was a home-based souvenir business at first, but the buzz surrounding the products soon grew and ultimately drew the interest of local supermarkets interested in getting involved.

Various ministries soon got word of the products as well, which prompted orders from the government to have the products available for island-based events such as conferences and trade shows.

“It was almost immediate that the traditional chocolate became an item,” Saunders said. “I was a bit surprised, because it started off as just sort of a hobby to earn some extra income. And it has turned into a business. It has grown beyond the hobby stage.”

AT A GLANCE
WHO: Exotic Caribbean Mountain Pride
WHAT: Manufacturer of traditional chocolates and cocoa products
WHERE: Trinidad and Tobago
WEBSITE: www.facebook.com/pages/Exotic-Caribbean-Mountain-Pride-Ltd/200679296662008