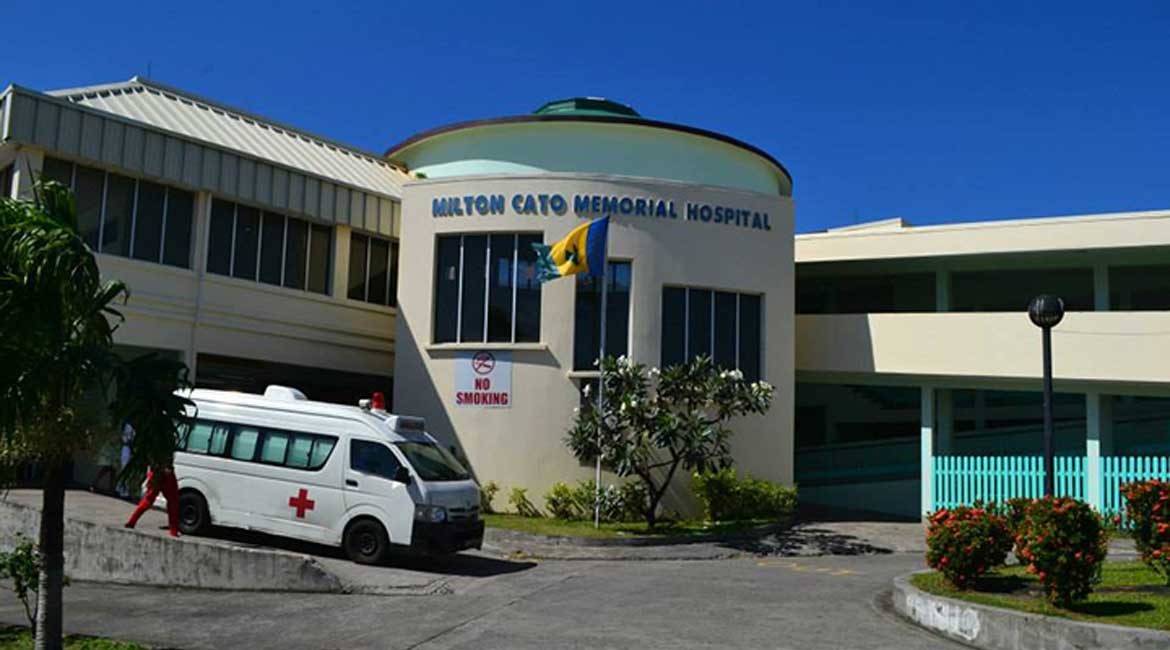 Saint Vincent’s Milton Cato Memorial Hospital (MCMH) was originally called the Colonial Hospital, built in the early 19th century by the British government under the colonial system, and later renamed Kingstown General Hospital. In the late 1800s, the Imperial Parliament granted permission for construction of a new wing, which was opened in 1889, and contained a total of seven beds. In 1914, the Princess Mary Louise wing was completed, and used mainly as nurses’ quarters.

The facility went through a variety of restructuring and refurbishment projects in the early 1900s, then, in 1994, two intensive care beds were established, bringing capacity to 211 beds. In 2002, Kingstown General became Milton Cato Memorial Hospital, in honor of Robert Milton Cato – the first Prime Minister of Saint Vincent and the Grenadines when they gained independence from the British in 1979. Today, the hospital has a capacity of 215 beds.

Grace Walters is highly regarded as the Hospital Administrator at Milton Cato Memorial Hospital. She recently shared her insight on the exceptional care and services provided by MCMH, their valued partnerships, and the future direction of healthcare in Saint Vincent and the Grenadines.

“MCMH has approximately 600 employees, including doctors, nurses, technicians, ancillary staff, drivers, cleaning staff, admin staff, records, etc.,” says Walters. “As for being a teaching hospital, I would like to say ‘yes,’ but no. Let me explain that. Our country has a few private healthcare facilities offering secondary care, but MCMH is the only major, secondary healthcare facility that provides that type of care to the public. That being said, we have four medical schools, and students from two of those schools utilize our facility. Our doctors, our consultants, teach at these medical schools and the students come to our hospital to do practical and hands-on observational teaching. Also, our nursing students use MCMH as a facility for learning, but we do not have a school attached, so we are not a teaching hospital in the truest sense.”

The healthcare system in Saint Vincent and the Grenadines is run by the government. Medical services are provided with a minimum user’s fee. Walters notes, “Some people have individual healthcare insurance, but we do not have a national healthcare insurance policy. At present, there are discussions in that direction, but we are not there yet. So, the government foots the bill.” Medication is basically free for the populace; they pay only an administrative cost of five dollars. There are a few drugs for specific cases that cost more, but those are not a broad spectrum.

With the opening of the island’s Argyle International Airport on Feb. 14, Walters acknowledges, “We are expecting many persons from different countries will now visit Saint Vincent. So, as a healthcare system, we have to determine what services are required for us to perform on the international level to facilitate visitors and tourists. The international airport will help guide the direction of healthcare in the region; expanding services to cater to everyone.” She adds, “In the case of a traveller having an accident or illness, we should have at least the basics until you can go back home. As it is now, we are there, but people may have their own healthcare requirements in their country. For example, people who want to come home to Saint Vincent at certain times call ahead to find out if we have this service or that service… if we don’t, they can make informed decisions either to shorten their time here, or ask about alternatives; access to nearby countries or quick transfers back home. We have to think about not just ordinary healthcare requests, but the extraordinary ones, as well.”

Currently, the hospital provides emergency care, surgical, and medical care. Oncology is offered on a small scale, and that is increasing. There are no cardiologists on staff, however, some of the medical schools have cardiologists assigned to them, and MCMH has an agreement with the schools to tap into that resource to have consultations at the hospital.

Walters emphasizes, “We are very strong partners with the World Pediatric Project, a group out of America that makes available the resources of hospitals in Virginia and other U.S. states that sign up with the project. Resources like pediatric surgeons, orthopedics, scoliosis surgeons, plastic surgeons, physiotherapists – different missions throughout the year. We are grateful to have their full support in terms of expertise and tangible resources like consumable goods. They bring their own supplies when they come. And this has impacted, not only Saint Vincent and the Grenadines, but our regional neighbors, as well. We have children from St. Lucia, Barbados, St. Kitts-Nevis, Antigua, Dominica, and Grenada coming to Saint Vincent to receive care. That partnership we have with the World Pediatric Project is invaluable.”

MCMH relies on a good relationship with several suppliers – GE Healthcare for biomedical machinery such as CT scans and X-ray machines; Western Scientific out of Trinidad for equipment and supplies. For medication, the hospital is partnered with other members of the OECS (Organization of Eastern Caribbean States) to procure drugs and other pharmaceuticals. A local partner, Caribbean Investment Limited, supplies oxygen to institutions throughout the islands.

Walters wants people to know that the Milton Cato Memorial Hospital is open to all. “We are the only major hospital in Saint Vincent and the Grenadines. Our doctors, all our health professionals, are highly trained. Most doctors have trained in institutions abroad. Our nurses are coveted worldwide. We are an institution that offers exceptional medical care and caters for the whole person.” No worries, when you’re in Saint Vincent and the Grenadines. You are definitely in good hands.

Collins Ltd. – Founded in 1888, Collins Limited located in St Thomas, Barbados is the region’s leading pharmaceutical manufacturer and its top distributor of medical and hospital supplies.  It has approximately 270 full-time employees and generates $38 million in annual revenue. – colcar@collinslimited.com