The British Virgin Islands Ports Authority (BVIPA) is a statutory, corporate entity established by the British Virgin Islands Ports Authority Act of 1990. Its mandate is “to be responsible for the welcoming and safe arrival of seafaring passengers, as well as the reception, handling, and security of cargo and sea- based trade.” Its facilities include: Port Purcell, Road Town Jetty, the Tortola Cruise Pier, West End, Virgin Gorda, Jost Van Dyke, and Serenity Moorings. Before its inception, the BVIPA’s functions were carried out by the government’s Ports and Marine Services Department. 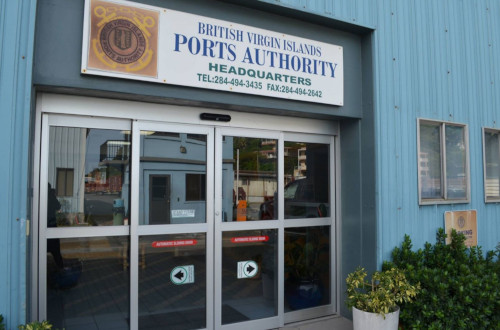 The British Virgin Islands Ports Authority is governed by a Board comprised of a Chairman, Deputy Chairman, five members, and four ex-officio members. Its day to day operations are overseen by a management team headed by the Managing Director, who supervises 150 employees in nine departments: Administration, Business Development, Human Resources, Finance, Information Systems, Maintenance, Marine, Security, and Operations. The BVIPA has affiliations with several regional organizations and serves as a Platinum Associate Member of the Florida-Caribbean Cruise Association, a member of the American Association of Port Authorities, a member of the Caribbean Shipping Association, and a member of the Ports Management Association of the Caribbean.

In its early days, the British Virgin Islands Ports Authority was supported with a government subvention, but, according to Akeem Pickering, the Authority’s Deputy Managing Director, “the cruise ship industry is what allowed the BVIPA to grow to a place where it no longer needed government contributions to handle its affairs. Today, we generate our own revenue stream.” In 2015, the BVI government spent $82.9 million for a major expansion of the cruise dock and the development of a five-acre site alongside the pier, which included the addition of several restaurants, a marketplace, retail stores, a pool, a bar, and a trolley line, among other features. This year, an estimated 550,000 cruise passengers are expected to land at the Tortola Park Pier, growing to approximately one million by 2020. As a result, the people of the BVI will be the beneficiaries of $100 million per year from the cruise line industry.

Last year, Hurricane Irma caused substantial damage to some of the British Virgin Islands Ports Authority’s facilities, including the West End ferry terminal, the Road Town jetty, the cargo dock at Port Purcell, and the Tortola Park cruise ship pier. Pickering reports that repairs are ongoing. “We’re about 70 percent there,” he says. “At our Port Purcell cargo facility, Irma did destroy one of our main warehouses, so we still have that to rebuild, and we still have to rebuild a structure a the West End ferry terminal.” Repairs at the pier park include the replacement of roofs on several of the larger buildings, as well as reparations to doors, windows, floors, and electrical systems. Pickering adds that repairs have been paid for out of the Authority’s operating budget while it awaits the conclusion of its insurance settlement.

In addition, post- hurricane, Pickering says that the Authority decided to revamp some of its operating procedures. “Initially, we were not responsible for handling equipment – such as the reach stackers, lifters, and the jockey trucks. (A reach stacker is a vehicle used for handling intermodal cargo containers in small terminals or medium-sized ports. Reach stackers are able to transport a container short distances very quickly and pile them in various rows depending on its access.) The only equipment that we have, and use, and are responsible for, are the forklifts that deliver the cargo to the vehicles. After Irma, we really felt the need for the British Virgin Islands Ports Authority to be the one in control of everything, because with the confusion, it put the Authority in a very tight position, where we did not have equipment to be able to move stuff. We had to depend on the lines to move things and they kind of did it in their own time. As it is, right now, the carrier lines are the ones responsible for offloading their vessels and storing the containers accordingly. However, we are now in the process of securing two reach stackers, and two jockey trucks. So, we will be controlling the offloading of all vessels and we would also be doing the delivery of the containers to the customers.” Going forward, Pickering adds that the BVIPA is also hoping to upgrade all of its dock facilities, one at a time, in order to increase their overall operational efficiency. 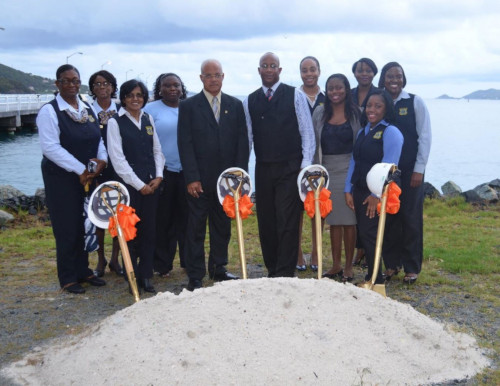 Pickering is proud of the fact that after the devastation of Hurricane Irma, the British Virgin Islands Ports Authority did yeoman work in getting its facilities reopened as quickly as possible, and he believes that everything will be back to 100 percent working order, very soon. And, barring another catastrophic storm, all BVI cargo and passenger ports will continue to serve as important economic engines for the country.

Check out this handpicked feature on The British Virgin Islands Health Services Authority.

WHAT: A statutory corporation of the BVI government 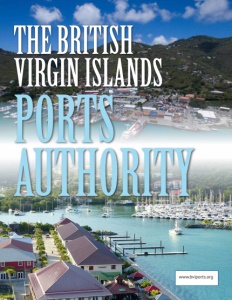