Providing safe, secure, and efficient gateways to the world

The British Virgin Islands Airports Authority (BVIAA) is a limited liability organization which owns and operates all airports within the British Virgin Islands. It was incorporated in 2005, after the passage of the Airports Act of 2003, allowing the formation of the company to manage airport operations. Its sole shareholder is the Financial Secretary of the BVI government. The BVIAA is governed by a Board of Directors who meet on a monthly basis to implement its policies and direct the affairs of the company in accordance with the provisions of the Overseas Territories Aviation Regulations (OTARS) and the Airports Act.

Denniston Fraser is the Managing Director of the BVIAA and also serves in the capacity of Executive Member of the Board. He explains the origins of the Authority: “Prior to the company being formed, the airport was run by a regular government department (the Department of Civil Aviation in the Ministry of Communication), which did both the operation of the airport and the regulation of the airport,” he begins. “In 2001, we had an ICAO (International Civil Aviation Organization) audit that showed up the discrepancies in terms of us having to operate and still regulate ourself. It created some conflict, hence, the reason for the separation of the two services. Since the formation of the Airport Authority, it has been solely concentrated on operating the airport, while the Civil Aviation Department, which is now run, primarily, by a subsidiary of the CAA (Civil Aviation Authority) in London, called Air Safety Support International, concern themselves with the regulation of the airport.”
Fraser and his staff of 194 operate three airports in the BVI: the Beef Island Airport, renamed the Terrance B. Lettsome International Airport in 2002; the Auguste George Airport in Anegada; and the Taddy Bay Airport on the island of Virgin Gorda. In addition, the BVIAA operates a water aerodrome in the North Sound and helipads on Beef Island.

Since its incorporation, the company’s operating expenses have been underwritten by a government subvention – an amount which, according to Fraser, has been reduced by half over the last ten years. “Each year it gets cut more, until the Authority becomes completely self –sustaining,” he says. “So besides the subvention, we do generate our own funds by way of a departure tax, security fee, airport development fee, landing fee – all the aviation-related fees.” Fraser adds that he expects the Authority to pay its own way within five or six years, but only after some extensive expansion plans have been achieved.
“The principal reason for the expansion,” says Fraser, “is so that we can have larger aircraft coming to the BVI. Currently, we’ve got about 4,900 feet – about 4,000 of that is available for landing. With that type of length, we can just get commercial aircraft to Puerto Rico or anywhere closer than that. We’re hoping to have direct flights that will take us, at least, to Miami and possibly to New York and Montreal or Ottawa. And for that, we recognize that we’re going to be needing at least 7,000 feet of runway. So part of our expansion plan is to increase the length of our runway. We also would, necessarily, have to increase the capacity of our terminal building for both arriving passengers and also the departure hall. We also are going to be looking at increasing the size of our apron, so we will be able to park the bigger planes.”

Fraser points to BVI’s loss of air traffic over the past several years, as the reason it needs to expand its flight offerings. “In 2007, when we had the recession, the airlift numbers went down,” he states. “In addition, we had American Eagle, which operated quite a number of flights to San Juan with connections on to the rest of the U.S. and elsewhere; they ceased their operations in the Caribbean and that really affected our numbers, as well. So, what we’re trying to do is get airlift back up, hopefully, beyond where we were in 2006, which was one of our peak years.”

Today, tourists still stream into the British Virgin Islands, Fraser notes, “but the majority of them are flying into neighboring islands – St. Thomas, basically – and coming over by boat.” And, for most travelers, this just makes better economic sense. “If you were in the BVI, or if you were in Miami and wanted to come to the BVI, you would have to make at least one stop over in San Juan,” he says. “Now, a price for that, compared to a price from St. Thomas – which takes you directly to Miami – is considerably different. Sometimes it can be even half the price to go out of St. Thomas. And the boat fare is not very significant, so passengers have been taking that route. What we would like to do is bring back those passengers directly from Miami to Beef Island, with cheaper fares and without having to go through the U.S. Virgin Islands.”

Another initiative for the BVIAA, according to Fraser, is to put in place a major statistical unit that will help it to gather statistics in a more meaningful way. “We do collect statistics, now, but we think that that’s an area we really need to focus on,” he says, “because we would need this information for any future development. We really need to have a robust way to know not only passengers’ point of origin, we need to know how many stops they’ve made to get here, historical patterns, trends, and so forth. We just want to make it as comprehensive as possible. That is one of the things, in addition to the expansion, that we hope to have in place.”

But making the BVI accessible to the rest of the world via large, long-mile aircraft, within the next four years, is still BVIAA’s major goal. And while awaiting the runway expansion that will accommodate the larger commercial airlines, Fraser says that BVI Airways, operating a smaller craft that can utilize the current runway, will begin direct flights to Miami, this October. “Also, we’re going to be having Fletch Air, a subsidiary of VLM Airlines, connecting to the islands down south for our European visitors,” he adds, reminding one and all that the tourist-friendly, British Virgin Islands are always open for business. “So whether you’re riding on British Airways, or Virgin Atlantic, from Paris or the U.K., or anywhere in Europe, to whether it’s Barbados, Antigua, or St. Maarten, we’ll be having VLM Airlines, in the form of Fletch Air, for your connections.”

Check out this handpicked feature on Lockhart Companies Inc. in the U.S. Virgin Islands.

WHAT: Owner and operator of all airports in the British Virgin Islands

Sectus Technologies Inc. – Sectus Technologies has over 25 years experience in the Security, Emergency Response, and Infrastructure markets. The company offers a wide range of detection equipment for security purposes such as X-Ray inspection systems, metal detection, and IMS-based trace detection equipment. It provides solutions for a client’s security requirements based on products and systems that use state-of-the-art technologies to detect a variety of threats including biological, chemical, explosives, narcotics, nuclear, and radiological. – www.sectustechnologies.com

SOL BVI Ltd. – Sol is the premier supplier of petroleum products to the Caribbean basin. It supplies fuels, lubricants, and LPG through an extensive service station network, as well as supplying petroleum-based products to commercial customers who are involved in shipping, luxury boating, aviation, mining, trucking, and fleet operations. It is the largest independent petroleum marketing company in the Caribbean, with operations spanning across 23 countries. www.solpetroleum.com/british-virgin-islands 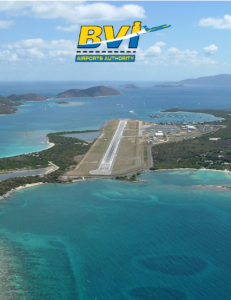