Honey Bun – A Little Love in Every Bite 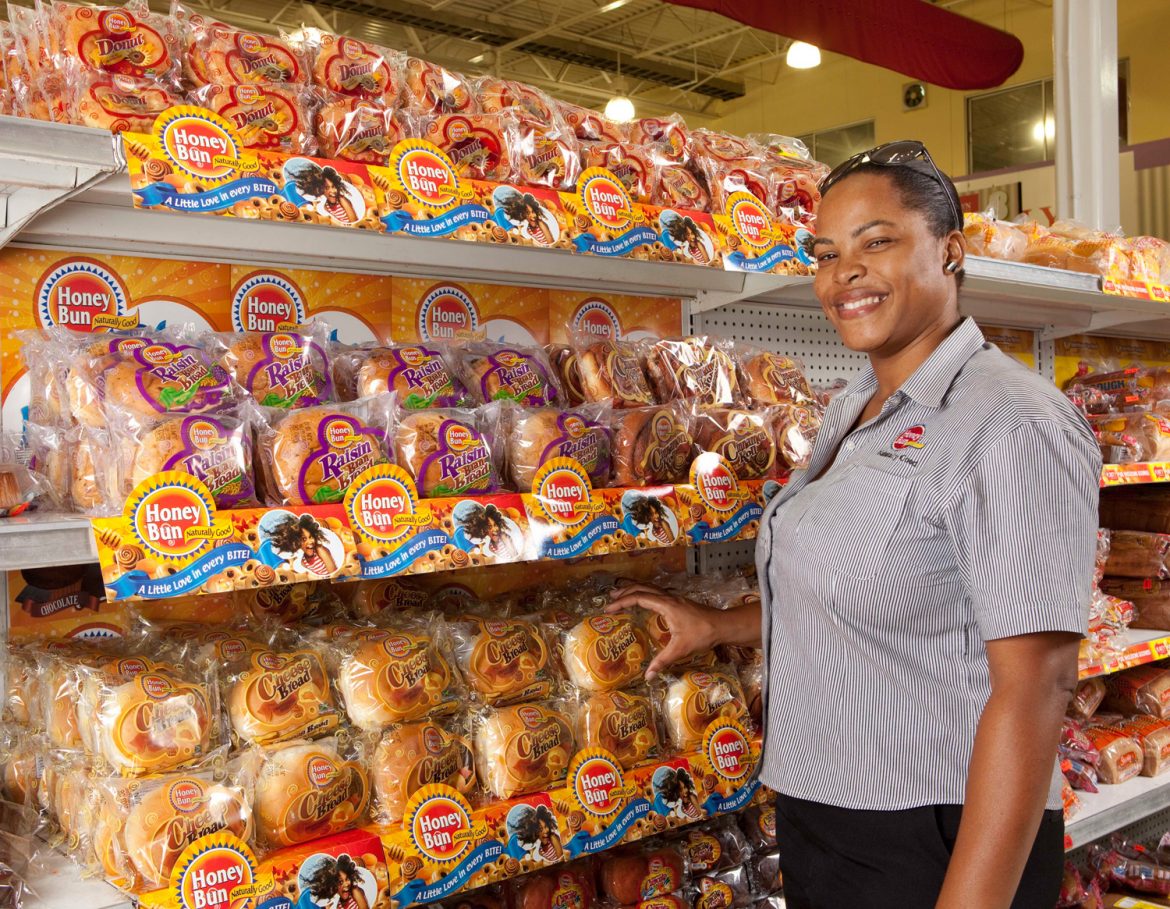 Some companies talk about giving back. And then there’s Honey Bun.

From the operation’s early days, a signature element that’s been maintained is a company-wide aim to give back to the community whenever the opportunity presents itself. It’s a mindset that Michelle Chong, who founded the business with her husband 32 years ago, feels particularly passionate about. For example, Honey Bun initiated its School Days program nine years ago as a marketing initiative in which the company would increase its local profile by awarding backpacks, lunch bags, pencil cases and computers to students in need. But after the initial feedback was positive, the purpose became greater.

Three years ago, a sing-a-thon element was added, in which students perform original pieces about why education is specifically vital to their future. The best compositions are aired weekly on a popular FM radio station, which delivers the messages to an island-wide audience.

“I remember specifically saying, because we were exposing our business to so many young people, that we had an opportunity to make a difference,” Chong said, “so we had to associate our School Days program with a message. We started to use positive messages for school. We started to promote education and an understanding of its importance. It can’t be just about improving the business.”

As for the future, improvement is the aim for all company endeavors.

Chong said additional growth into international markets is the most pressing priority, with particular focus intended on those areas – London, New York and select cities in Canada and throughout the Caribbean region – with large populations of native Jamaicans.

From there, the goal is to till new ground in places where the product is not yet familiar, but where Honey Bun can nonetheless take advantage of the positive images the island nation evokes.

“Jamaica has a very strong brand, and we’ll use that to get a foot in the door of the nontraditional markets,” she said. “We’re looking to create new markets for Honey Bun, through exports and diversification of the product line. We’re very focused on our export strategy, so we’ll utilize the strengths that we have and look into whatever possibilities that brings us.”

When the Chongs – Michelle and Herbert – founded Honey Bun in 1982, their collective intent was to open a small bakery in their New Kingston, Jamaica neighborhood and make it a success.

Little did they know that national economic turmoil would opens their eyes much wider and have the company positioned not only as a leading brand on the island located less than 600 miles from the southern tip of Florida; but one whose visions have stretched far beyond its borders.

“When we started the bakery, we didn’t have any intention of going into wholesale or having much significant growth,” Chong said. “We were very happy with what we had and that was our plan.”

Honey Bun traveled the small-scale path for its first several years of existence, but, when the Jamaican dollar’s value plummeted in world markets in the early 1990s, the fallout necessitated adjustment. “In 1984, the dollar was 4 to 1 (against the U.S. dollar),” Chong said, “but by 1991, it was something more like almost 20 to 1. The significant slide caused a lot of changes in our economy, and one of the things that went up was the cost of renting a retail outlet. So we decided that we would give up the retail outlet and go into wholesale.”

The abrupt shift in focus gave birth to a concept Chong now calls “C2O,” or Challenges to Opportunity, in which Honey Bun employees are trained to look at obstacles – large or small – with an eye toward how to get around them, rather than viewing them as unconquerable barriers to progress.

Thus, when the economy turned sour, the company didn’t shutter its doors. Instead, it invested in equipment needed for wholesale production, cut back on its product line to include only the proven commodities it had been making and began producing them in wholesale, rather than retail volume.

Retail space that was no longer feasible because of increased rental costs was closed, and products were immediately packaged for wholesale distribution, rather than point-of-sale transactions.

“We welcomed it,” she said. “It’s a lot easier to produce a lot of fewer products than it is to produce several products for a retail operation. When you’re in retail, you also have to remember that at the end of the day when the last customer comes, you have to have enough variety to sell that customer. But when that last customer has left, everything else that you’re looking at are day-old products.”

Looking back, Chong said, even amid the initial chaos, the transition made life a lot more efficient. And as it turned out, the product that validated the change in approach was a wholly uncomplicated one.

Only one other company on the island was producing donuts for wholesale, she said, so she and her staff took it upon themselves to hit the road to contact every supplier and retailer they were aware of, to let them know Honey Bun was now ready, willing and able to handle their wholesale donut business.

The response was immediate, she said, so much so that when the facility opened its doors each morning at 6, disputes would arise between vendors over which ones would get access to the supply on hand. “It was really overwhelming,” Chong said, “and almost difficult, because they would fight for the products that we had. We couldn’t make enough, and it was like that every morning. It was an exciting time for us and it helped tremendously at that point.”

In the intervening two decades, Honey Bun has evolved into a 24/7 enterprise that employs more than 200 people, has earned multiple national awards for both process and quality and has established a footprint in markets throughout the Caribbean, North America and Europe while spreading a buoyant taste message it happily labels as “a little love in every bite.”

The company launched a cream-filled cake finger – dubbed the “Goldie” – in August 2012 to celebrate Jamaica’s 50th Golden Jubilee, which commemorated the 50th anniversary of the country’s independence. The Goldie was produced after significant investment into specialized machinery to help facilitate its production, in keeping with Honey Bun’s first-world operational standards.

And, Chong said, she’s never once second-guessed the initial decisions to give it a go – not in the early days with a fledgling operation; and not these days, when the issues on her agenda have a much broader scope and impact.

“It has been tremendous for me, personally,” she said. “Everybody in Jamaica, when they get an opportunity to go into business, they do it. It’s a cultural thing that nobody thinks twice about. My father was in business. A lot of the family has been in business. So it’s not been a difficulty.”

WHO: Honey Bun
WHAT: Wholesale bakery with distribution throughout Jamaica, across the Caribbean and in North America and Europe
WHERE: Kingston, Jamaica
WEBSITE: www.HoneyBunja.com 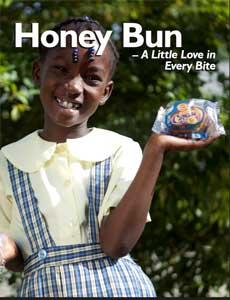