Building the isle of enchantment

“We come from a family of engineers; we have engineering in our blood,” says Ángel Antonio Fullana Olivencia, the current President and Founding partner of F & R Construction, Puerto Rico’s largest general construction contracting company. “We are three brothers and we are all USA graduates: Jaime graduated from Rensselaer, I myself am a Notre Dame guy, and José is a Kansas State guy. So you can imagine how everything is around here during the football season – but that’s a different story.”

Listening to Fullana’s many droll asides as he recounts the history of his family’s successful enterprise, it’s easy to forget that over the past 40 years, the F & R Construction Group in San Juan has been recognized as one of the premier construction organizations in Puerto Rico and the Caribbean Basin; and that the company has been, and continues to be, a very serious player in the growth and reshaping of Puerto Rico’s modern skyline, responsible for many iconic, structural landmarks across the island.

“My father was a developer,” Fullana continues, getting back to the subject at hand. “He used to contract his construction to different companies in Puerto Rico. So we decided to start our own construction company. We started back in 1972 with $12,000, and we went to the bank and got a line of credit for $100,000. And the rest is history. Today, we are Puerto Rico’s largest general contractor, and we have done up to $250,000,000 in a year. And our track record over these 40 years has been very impressive.”

Impressive is a pretty accurate description of this company that has constructed over 1,200 buildings across a wide range of market segments over the past four decades, including: academic and corporate facilities, government institutions, hotels, healthcare facilities, historic and industrial sites, infrastructure and institutional projects, military facilities, parking structures, residential and retail establishments, sports venues, and other special construction projects. F & R’s many services include: general contracting, design/build, project management, consulting, and business development. In addition, as a company that is committed to protecting the environment, F & R Construction Group has been an integral part of the first sustainable and LEED design projects built in Puerto Rico.

But according to Fullana, in the early days, just following the trends was how the three brothers stayed buoyant. “We are always adjusting to the emerging markets,” he says. “At the beginning of the company, everything that was done in Puerto Rico was high-rises. So, we specialized in high-rises. In the early ‘90s, high-rises were no longer done, so we went into single-unit housing. When the recession came, we went into government building.”

Also, when the last recession came, F & R Construction Group needed to survive. Fullana says the company cut costs and bid for smaller projects in order to keep as many employees – some of whom have been with him since his college days – on the payroll. But with Puerto Rico’s economy still very much stuck in the doldrums, F & R, even with its 500 current employees, has yet to return to the time when it could offer work to 1,500 builders and craftsmen. “We used to not look at projects below $10 million,” Fullana admits. “Now, in today’s market, we’ll do a million dollar job – just to keep my key personnel.”

As Puerto Rico struggles to regain its economic momentum, Fullana is betting on the potential success of two government initiatives, passed in 2013, in an effort to attract more capital to the island. Puerto Rico’s Acts 20 & 22, are tax incentive laws aimed at luring wealthy American investors to move there. Act 20, the Export Services Act, offers incentives to certain service businesses, including investment and hedge fund managers, to relocate to Puerto Rico and export their services. It does so by taxing their corporate profits at a flat 4 percent while making the dividends paid from profits on exported services 100 percent tax-exempt to individual recipients. Act 22, the Individual Investors Act, was designed to primarily attract high net worth investors to Puerto Rico by providing complete tax exceptions on dividends, interest and capital gains, so long as the individual maintains residency for at least 183 days a year.

Fullana explains how the tax incentives could potentially re-ignite a construction boom: “Let’s say you’re a $100 million company in Chicago. You move to Puerto Rico, you live here six months out of the year, and you only pay a 4 percent tax. So, with that law, a lot of people are coming to Puerto Rico and we’re in contact with a couple of them. And they’re starting to develop projects in Puerto Rico, especially in the San Juan area. So, imagine, five years from now, if you come here you’ll see the buildings we’ll be building for them.”

Meanwhile, F & R Construction Group is still working on some big projects, including the $136 million University of Puerto Rico Comprehensive Cancer Center. Although contracts of this size are often awarded to firms from the mainland, F & R was able to capture it, based on its stellar track record of building first-rate healthcare facilities in past, including: the SIM Medical Facility in Corozal, the Dr. Antonio M. Ortiz Pediatric Hospital Tower at Centro Médico in San Juan, the Diagnostic Treatment Centers in Bayamón and Guaynabo, and the Family Health Center in Río Grande. Some of F & R’s other current projects include: The Caguas Judicial Center Building, the San Isidro Vocational School in Canóvanas, and the Las Cascadas Hotel in Aguadilla.

But even after all these years of helping to build modern Puerto Rico from the ground up, F & R still has to bid on each individual contract – usually against the other small handful of major contractors on the island. “They are my friends and we compete for buildings,” Fullana says. “We just have to better than they are.” Of course, he also admits that having such an extensive portfolio of projects in so many places, can give his company a leg-up. “If you take a taxi and drive around downtown San Juan, I can keep pointing out different buildings we have done, and people notice that and that’s one of the main reasons they call us.”

The Fullanas have indeed left their mark on the Commonwealth of Puerto Rico, far in excess of what many other families can boast. But to the very unpretentious Ángel Antonio Fullana Olivencia, his island state is still just “a big town with a small town mentality. I know everybody on this island,” he declares. And whoever I don’t know, I have a friend who knows him.” Happily for the good people of Puerto Rico, those friendships have probably helped build a lot of homes, offices, and myriad other buildings on the “Isla del Encanto” – the Isle of Enchantment.

Check out this handpicked feature on The Puerto Rico Manufacturers Association.

JGR Eco-Logical Group, LLC – JGR Eco-Logical Group was established and incorporated in 2011 in San Juan, Puerto Rico, by Eng. Jorge J. Echeandia and Mr. Ricardo Levy. The company is a bonded and insured professional roofing contractor offering experienced personnel and quality services in the roofing and structural steel industries. We guarantee quality installations and competitive prices on a complete range of roofing products. Its mission is to provide its customers with the best possible roofing solutions, and the highest quality products, installation, and service. jgr@ecologicalpr.com

Ecologica Carmelo, Inc – Carmelo Ecologica Inc. was founded in Puerto Rico in 2002. The company’s line of business includes the manufacturing of concrete products from a combination of cement and aggregate. Ecologica Carmelo products include: Marmolina-Sand Plastering, Thin Set Mortar, pavers, blocks, Keystone retaining wall units, and other products. The company services the Islands of the Caribbean and large and small hardware stores in Puerto Rico and the U.S. Virgin Islands. www.carmelo.com 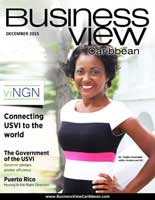 Office of the Prime Minister of Barbados...