The Cayman Islands Government is focused on providing a thriving environment in its jurisdiction where businesses and individuals can prosper. As the Minister of Finance & Economic Development (FED), Hon. Roy McTaggart, JP, MLAI, states, “Unequivocally, we want businesses to succeed, for we know that when they are successful, Cayman is successful. We dialogue regularly with our industry partners; we listen to ideas and suggestions, and we are taking positive steps to minimize red-tape that is so often a disincentive to the private sector.” 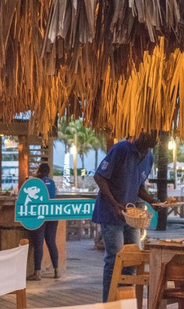 Recently, Business View Magazine spoke with Minister McTaggart about the current financial state in the Caymans and the excellent economic future on the horizon. The following is an edited transcript of that conversation:

BVM: It’s a pleasure to speak with you, Minister McTaggart. Could we begin with a report card on the Cayman Islands’ current economic picture?

Minister McTaggart: “Certainly. Over the last three years, the total value of goods and services produced in our local economy is estimated to have increased by 2.8 percent per year. That’s higher than our neighbors in the U.S., most of the major world economies, and our regional neighbors, are performing. Adjusted for inflation, the estimated GDP of the island reached 2.8 billion Cayman dollars at the end of 2017, or $3.09 billion in 2017 constant prices. That translates into a GDP per capita of approximately 48,700 Cayman dollars or 58,440 U.S. dollars. When you benchmark that against data produced by the IMF (International Monetary Fund), that places us at number eight in the world in terms of GDP, well ahead of every OECD country. To put it in perspective, the United States ranks number seven.

“So, we have a very strong performing economy, and one that’s been historically strong, and producing quite a bit of wealth, as evidenced by that standard of living. The growth in GDP has been very broad- based, just about every sector of the economy that we track is growing – at varying rates, as you would expect. The most dynamic of those right now is the construction sector; growing at a rate of 7.8 percent in 2015/16 and moderating slightly to 7.7 percent in the first three quarters of 2017. That’s because a very large hotel project was completed in 2016, so we knew that the growth wouldn’t be as robust in 2017.

“The sector’s growth reflects the infrastructure capacity of the islands keeping pace with the demand for residential, commercial, and public facilities. That’s arising from a higher population based which we’ve estimated at 63,400 people by the end of 2017. The largest sector of our GDP is the financial services industry, which consists of domestic banking and insurance activities. That industry directly contributes 41 percent of the country’s GDP, and that has grown by an average of 2.1 percent in 2015/16 and an estimated 1.2 percent in the first three quarters of 2017.

“Consumer prices, inflation, in 2015/16 fell by 2.3 and 0.7 percent in those years, and we’ve seen a bit of reversal in 2017. Our final CPI report for 2017 shows a rise in world prices by about 1.9 percent, driven by the recovery in the housing rental market from a persistent downward trend following the 2008/09 financial crisis and recession. Continued population growth is driving a strong need for housing, as well. Growth in the local economic services sector led to a reduction in the deficit of the current account balance of payments in 2015/16. The deficit improved from 39.4 percent GDP in 2014 to 26.2 percent in 2017.

“Unemployment is another bright spot. Robust growth in the domestic economy has spurred an increase in demand for labor. Total employment has improved on average by 2.8 percent in the past three years. At the end of 2017, total employment stood at 40,856 persons. Large employers (more than 50 employees) and microbusinesses (one to five employees) accounted for about 60 percent of the 2017 growth. But despite the increase in the number of jobs provided, we experienced a faster pace of growth in demand for jobs. Consequently, the overall unemployment rate was 4.9 percent in 2017.”

“The majority of jobs are in construction, with a significant number in financial services and tourism. Those are the backbone of the economy, and there is quite a shortage of skilled professional labor to service all the jobs, particularly in financial services. We do have a very large expatriate population; probably 40 to 50 percent of the workforce in Cayman is comprised of people who are here on a work visa or permit. Cayman is quite simply unable to develop local talent quick enough in the numbers needed. So, we rely on outside expats to fill the positions.”

BVM: What is the primary role of your Ministry?

Minister McTaggart: “The Ministry of Finance & Economic Development implements and maintains the macroeconomic and budgetary policies of the Caymans, as a whole. We are the financial advisor on government finances and all matters relating to the financial affairs of the government and the country. In the promotion of transparency, accountability, and fiscal responsibility, the powers and duties of the Ministry are prescribed as the Public Management and Finance Law (PMFL). That law charges us with overseeing the management of finances of the core government and the entire public sector.

“We also advise the cabinet on the budget process, 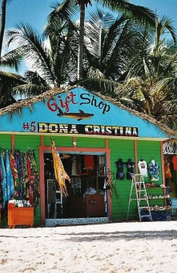 ensuring that forecast financial statements are prepared, and bring to the legislative assembly (local parliament) the tension and divergence between the fiscal policies of the government and the principles of responsible financial management which we are subjected to by law. Also, ensuring that the reporting requirements for the government are complied with on a timely basis. Finally, prescribing the policies to be applied in preparation of financial information. That’s how we view our primarily role – as financial advisors and managers of the public purse.”

BVM: What do you feel is the key reason for the strength and growth of the Cayman Islands’ economy?

Minister McTaggart: “Fiscal prudence. We have seen significant improvement in the government’s financial performance since the elections in 2013. Now, after the 2017 elections, we continue with the same types of policies and goals we implemented in the previous administration, of which I was a part; such as our position on paying down the debt. We are not borrowing. In the past four years, we’ve actually given tax relief, rather than tax burden. All the while, building cash reserves through responsible financial management. Cayman is in a very sweet spot right now, financially. Plus, we have a healthy surplus budget we’ve been building on for five years.

“Our key policy strategies include prioritizing education, reducing crime, and maintaining fiscal responsibilities. We do have a bond issue for 312 million U.S. dollars coming due for repayment in November 2019. Rather than refinancing the entire amount by new borrowing, we’re going to repay a substantial amount with our own cash. At the end of 2019, our external debt is going to be half what it was in 2013.”

BVM: How important are green/sustainable initiatives?

Minister McTaggart: “The government is embracing these types of initiatives. We encourage them by giving duty concessions on solar photovoltaic equipment to individuals and businesses and offering considerable duty concessions on the development of alternate energy sources. For example, private firms have just opened a five-megawatt solar farm in the middle of the island in the Bodden Town area in 2017. They did that with government concessions on the importation of solar equipment. We’ve also had discussions with other entities regarding ocean thermal energy conversion, plus we continue to promote and encourage the construction of eco-friendly buildings.”

BVM: What are your administration’s goals for the future?

Minister McTaggart: “Over the next two years, education will be a huge priority for us. We are trying to significantly raise our game on technical and vocational education and training; also continuing to improve educational standards in our schools, with a view to having more people qualified and better able to integrate into the working environment. And for those capable to obtain university level education, making sure they have the resources to make it through a local or international university program, because we support both for tertiary education.

“With regard to reducing crime, we’re putting more police on patrol and rolling out a community policing program. From 2018 to 2020, we’ll be adding 75 more police officers to our service, trying to focus on long-term prevention of crime and investing in youth diversion projects and other measures to cut back the level of recidivism.

“We’ll continue to pay down debt when it matures and develop significant operational surpluses to fund capital investment plans and provide for contingency against future economic drops. We have more than six months of government spending in actual reserves set aside for a rainy day. Overall, that fiscal responsibility is giving businesses the confidence to invest in Cayman because they know the government, the country, the economy is much safer, and they can invest with confidence.

“We’re trying to make sure that everyone in our local economy, particularly Caymanians, benefit from this growth; that they’re able to secure the proper employment opportunities. I didn’t deliberately sugar coat anything here. I’ve been a career accountant in public accounting and, honestly, what I see here in Cayman is truly a success story.”

Check out this handpicked feature for A Conversation with Eugene Rhuggenaath – Prime Minister of Curacao. 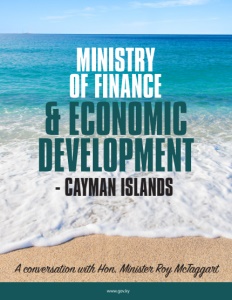