For more than 30 years, Budget Rent a Car Jamaica has been satisfying the car rental needs of Jamaicans as well as the many international tourists who visit the island nation. Today, the company, an independent licensee of the Budget Corporation for the island of Jamaica, operates under the administration of the Tropic Island Trading Company LLC, which, in turn, is a subsidiary of its parent company, Stewart’s Auto Sales Limited. 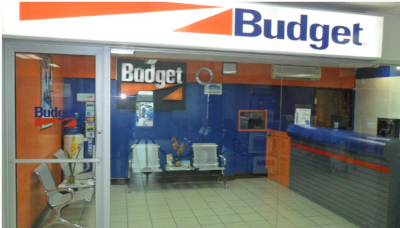 The Stewart family’s automotive history in Jamaica goes back to 1938, when Stewart’s Auto Supplies & Repairs was first founded by Lionel Arthur Stewart. By the 1950s, the company had evolved into Stewart’s Auto Sales Limited, a dealer in British-made cars. Under continued family leadership, the company continued to expand over the next several decades, providing more services, selling more products, creating new companies, and acquiring more dealerships. Today, its brands include Suzuki, Mitsubishi, Mercedes-Benz, Fuso, Mercedes-Benz Commercial, Freightliner, JCB, Komatsu, Bobcat, Clark, MTU Onsite Energy, Allison, Detroit Diesel, Cummins, AC Delco, BMW, Jaguar, and Land Rover.
Robin de Lisser is the Business Development Manager at Budget Rent a Car Jamaica. His franchise started with 148 cars when the Stewart’s bought it in 2010, and now it has a fleet of 400 vehicles. His 58 employees work out of a head office in downtown Kingston, a satellite office in Montego Bay, and two more offices at the island’s international airports – Donald Sangster and Norman Manley. The company also administers rentals at the Bahia Principe Hotel in Ocho Rios.

According to de Lisser, about 80 percent of his clients are leisure travelers. Another significant part of the company’s business comes from ex-pat Jamaicans who return home during the holiday season. Budget Jamaica offers numerous products and services to its customers in addition to a variety of Suzuki, Mitsubishi, Toyota, Mercedes, and BMW vehicles. They include: a loss damage waiver, free airport transfers, chauffer services, roadside assistance, and refueling service. Optional car accessories include: a baby seat, a mobile phone, a GPS, and area maps.

However, according to de Lisser, what sets Budget Jamaica apart from his competitors is the high level of customer service provided by his polished and motivated staff. So, it’s no wonder that his company was recently chosen to supply motorcade vehicles to such visiting luminaries as the Prime Ministers of England and Japan, and Princess Anne of Great Britain. “We train our staff,” he says. “When you’re approached by one of our staff, it’s a pleasant and professional experience.” One of the things de Lisser would like to do, and which he believes would help fine-tune his employees’ customer service skills even further, is to have them go through the government’s Team Jamaica program, a two-week training exercise which is now mandatory for all workers in the country’s tourism trade. 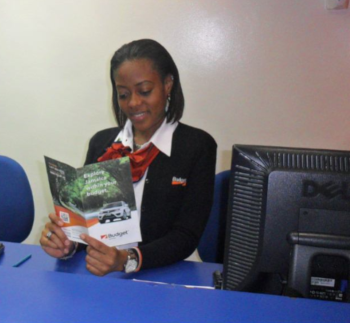 Budget Jamaica’s sustained growth over the previous five years, according to de Lisser, has been due to a combination of re-energized tourism, astute marketing, and plain “hard work.” But he’s not content to sit still now, admitting that he’d like to see the agency expand to “six or seven hundred units” over the next few years. All of Budget Jamaica’s cars are bought from island dealers; de Lisser rotates cars out of the fleet when they are between 24 and 36 months old, so that they can be replaced by newer models. Some retired vehicles can be purchased onsite.

While customer service is a key component of his company’s business model, most important to de Lisser is that those customers have confidence in Budget Jamaica’s guarantee that the cars they are renting are “in good running order, and what they expected to get.” Being a part of the Stewart Automotive Group, with its many repair and maintenance services, undoubtedly helps Budget Rent a Car Jamaica achieve that worthy goal.

Check out this handpicked feature on National Rums of Jamaica Ltd.

WHO: Budget Rent a Car Jamaica

WHAT: Licensee of the Budget Corporation for the island of Jamaica

WHERE: Headquartered in Kingston, Jamaica 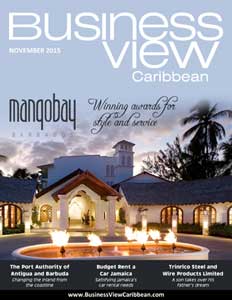 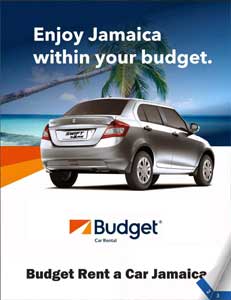