Caribbean Housing Limited (CHL), working hand in hand with its sister companies Westmoorings Limited (incorporated in 1969) and Jang Estates Limited (incorporated in 1957), have been developing homes and communities for more than half a century. Caribbean Housing Limited is a true pioneer in the creation of vibrant, self-contained communities – expressed as an interwoven tapestry of homes, offices, restaurants, shopping and entertainment centres, health care facilities, and other services necessary for integrated neighbourhoods.

In its early days, Jang Estates Limited became interested in real estate and acquired parcels of land in and around Trinidad.  Dr. Krishna Bahadoorsingh, Chairman of Caribbean Housing Ltd (CHL), on returning from his studies abroad set his sights on making a mark on the Trinidadian landscape. 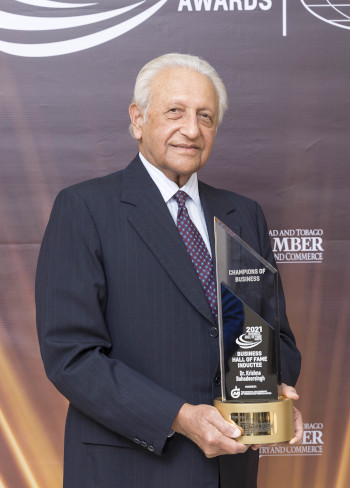 By 1962, there was recognition at the governmental level of what Dr. Bahadoorsingh knew; that a housing market for lower income earners had to be established – the Housing Act came into force that year allowing concessions for those trading in or building houses in a particular bracket to meet consumer demand.  The way forward became clear, and this set the groundwork for the establishment of Caribbean Housing Ltd in 1968 which led to a series of housing developments; starting with single-family homes in east and central, then expanding to northwest Trinidad.  CHL has been building houses ever since and has broadened its portfolio to include homes in varying brackets, retail, professional and commercial-based developments.

As Dr. Bahadoorsingh recounts, “In 1961, my father – at my urging – bought a 545-acre sugar cane farm, of which about 500 acres had been sugar cane and the rest had been tenanted.  It took me a long time to get the 500 acres changed from agricultural zoning to housing; finally got that done, and this happens to be the second largest, single housing project in the country. We started building there in 1966 and we still have at least 15 more years to go. As my father used to say: Ordinary people may have foresight, but extraordinary people have ‘fivesight’. And I think that I may have inherited some of that from my father.”

Dr. Krishna Bahadoorsingh, explains, “We’ve seen a lot of changes in every respect during that time. The whole country has changed, house designs have changed, and the prices of houses have changed exponentially. We started off with what we call ‘low-cost houses. However, the limits for those tax benefits have been increased over the years, so we have gone into another category which is called affordable houses.  In the old days, our houses would sell for $20,000-$25,000, now our houses are selling for anywhere from $1-2 million.”

With a continuing desire to create opportunities for CHL and its buyers within the real estate space, CHL next pioneered the introduction of the townhouse concept – in and around Port of Spain and elsewhere in the country, as well as in their present development, Brentwood – situated atop a portion of its sugar cane land.  Currently building their second shopping center in Brentwood, CHL has further diversified from houses into creating complete communities for the residents.

Fortunately, CHL owns some large-scale properties to accommodate this type of development.

Like every business, Caribbean Housing Limited has been impacted by COVID over the last two years, however, the supply of material was not a major problem.  What happened was that there were several government-imposed shutdowns, when CHL had to stop all construction in order to prevent the spread of COVID. “That was somewhat disruptive but we got over it eventually,” says Dr. Bahadoorsingh. “When you start a project and then stop, it takes a little while to get going again but we have good people and we’re able to manage that process. It has delayed our completions but we keep going and I think we have done pretty well.”

CHL operates from one head office facility in Chaguanas and  sub-office facilities at each of its many project sites.  They have approximately 120 employees working directly on staff, but they actually give employment to hundreds of people.  When it comes to the company culture, Dr. Bahadoorsingh shares that the glass ceiling doesn’t exist. “At Caribbean Housing we try to choose the best at all times. And a peculiar thing has happened in the last 25 to 30 years, in that women have taken over our business and I think it is wonderful.  But as I said, we simply go after the best available, regardless of any demographics, and I think the company has been fortunate in that regard.”

On the Brentwood project, CHL is currently working on a gated townhouse development called Brentwood Court. They have just finished the first phase of the shopping center, which is Brentwood Mall and are now addressing phase two. Trinidad’s largest grocery conglomerate – Massy Stores – has just opened their branch on one of the outparcels. Dr. Bahadoorsingh reports, “We’re now speaking with a major coffee outlet that is coming in. We’re also looking at a 10-storey apartment building which is being designed to include green elements, and it looks beautiful.  We have to time that with the economy but we’re heading in that direction. We’ve also been approached by a group of people who’d like to open a medical center, including a hospital and additional facilities. So, there are a lot of things we have to decide on.”

When the Brentwood community is all built out, it will be home to 20,000 to 25,000 residents of all ages and career stages. Brookhaven, CHL’s other development and neighbour to Brentwood, is also set to be an amalgam of residential, commercial and institutional spaces – notably offering more single homes than its counterpart.   According to Dr. Bahadoorsingh, “There will be a symbiotic relationship between the two in many ways and the shopping center will be for everybody.” In interacting with some of the prospective tenants, Dr. Bahadoorsingh has been astounded at the remarkable level of entrepreneurship that people have exhibited in Trinidad. He notes, “I have identified at least four of them who are coming into Brentwood Mall and they will be tremendously successful because they know what they’re doing. It’s not to say that the other shops wouldn’t do well, but I’m speaking about excellence. This whole area in central Trinidad is built on entrepreneurship”. 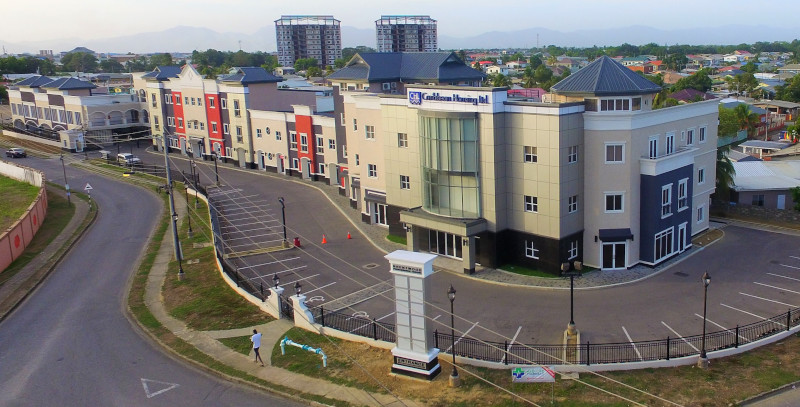 Dr. Bahadoorsingh’s family has been in real estate development for more than 50 years, and in every one of those years – built and will continue to do so until the Brentwood and Brookhaven developments are finished.

The demand for housing in Trinidad is a great one and so to, services that make communities thrive. The country needs about 250,000 more homes for everyone to be satisfied, and that can’t be done overnight. So, there is a constant backlog in the provision of houses.

The biggest challenge right now for Caribbean Housing Limited is to accelerate progress in Trinidad. “We have 21st and 22nd century goals” says Dr. Bahadoorsingh, “One has to develop certain methodologies in order to get all our approvals, etc. We have been able to do well, in that regard…”

Looking ahead, the future for Caribbean Housing Limited is full of opportunities. Dr. Bahadoorsingh shares, “In the extension of the shopping center, perhaps one section of it could be a hotel. Subject to the demand, we’re going to have some office buildings here”.

“We know that God is a Trinidadian, through his passport, and he’s always on our side, so three to five years down the road, I would like to see that the country is blessed with a tremendous oil and gas find. For many years, we were one of the largest exporters of liquefied natural gas, after the U.S., but our gas production has gone down somewhat, while gas prices have gone up – mainly because of the issues in Ukraine and Europe. Trinidad has a business relationship with Venezuela with respect to a very large gas find between the two countries.   When that materializes, with oil and gas at the premium they are at now, well, then, the sky’s the limit.”

What: A pioneering, multi-faceted development company

The Desalination Company of Trinidad & Tobago,...