Building for the future

F&R Construction Group was founded by a trio of young, enterprising professionals with a solid educational background and an unwavering commitment to assist and support their clients. They were also siblings. F&R President and Founding Partner, Ángel Antonio Fullana Olivencia, recounts, “The company started in May of 1972 as F&R Construction Corp. It was founded by three brothers Jaime, Jose, and  myself; we were given a building contract to build a residential development called San Agustin Apartments, and we’ve been building ever since. The company has evolved in the last couple of years – Jaime has retired, our sons have incorporated into the business, and we now do business as F & R Construction Group, LLC.” 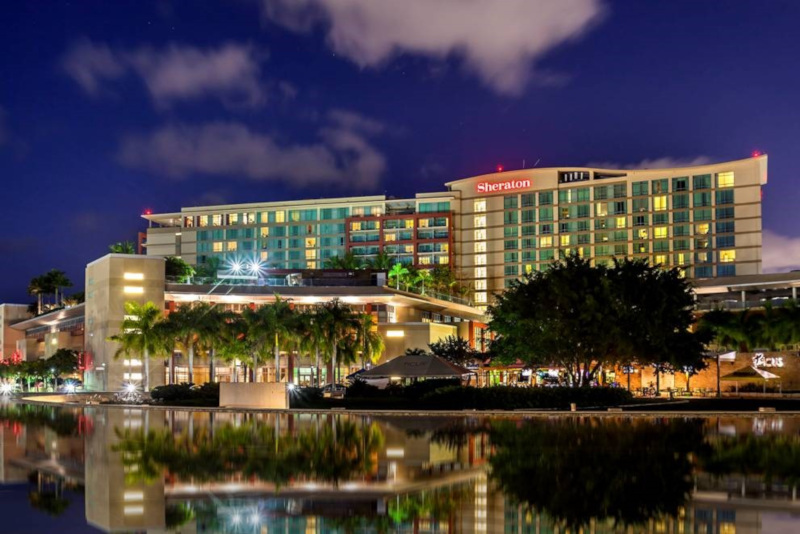 The original philosophy of dedication to clients continues to help F&R’s business partners achieve their goals promptly, efficiently, within budget, and on time. The company’s broad construction experience includes reinforced concrete and/or structural steel buildings, both high and low rise, as well as site development and single family housing. “Full-court” involvement prevails in every project from start to completion. Such diversity has allowed the opportunity to render services in a plethora of markets, including academic, corporate, design build/fast track, green buildings, healthcare, hospitality, industrial, infrastructure, institutional, military, parking structures, retail, residential and other special projects.

According to Ángel, “We do anywhere between $80 and $200 million per year, some years are better than others. The construction in Puerto Rico right now is low but we’re looking at $150 million and moving forward. We do mainly residential housing and we also have a joint venture with a consortium group to do a lot of recovery work for the federal government. Last year, we worked on 23,000 houses that were damaged by Hurricanes Irma and Maria, under the STEP program, with repairs up to $15,000. Right now, we are one of four Construction Management companies, and the only fully local JV, that have a contract with the local Department of Housing, using CDBG-DR funds, to repair up to $60,000, and to demolish and reconstruct new homes up to $250,000 in the northeast part region of Puerto Rico, for families whose houses were damaged by Hurricanes Irma and Maria in September 2017.” 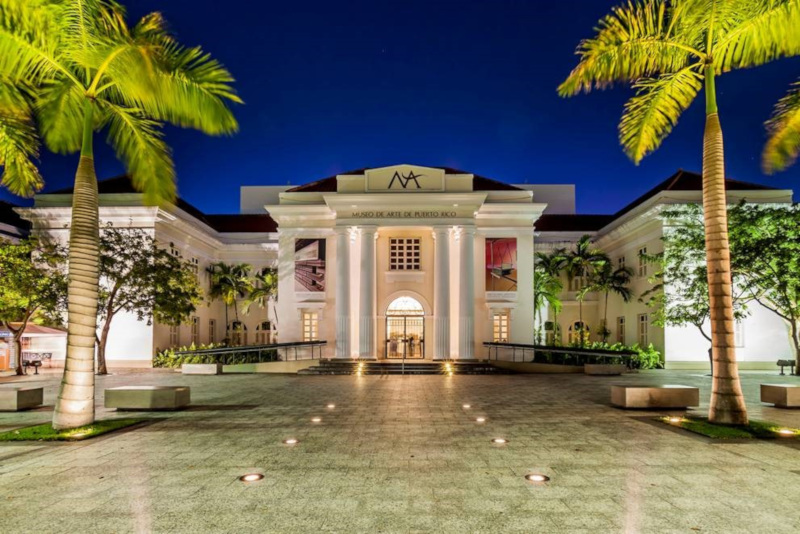 Being a successful business for 48 years presents a distinct competitive edge of its own, in addition to F&R’s strong economic base and continuity with its owners. “If we did a building for you 10 years ago, we’ll probably be doing a building for you again today,” says Ángel. “And that’s a very good thing in Puerto Rico, when you repeat with owners. But our biggest advantage is our very strong economic capacity. We can take on large jobs and money is not an issue.”

Seventy-five percent of F&R’s work is sub-contracted. The big challenge in Puerto Rico today, is finding skilled labor, but the company is adept at dealing with it. For example, when they worked on the repairs of the houses for the state recovery program, they subcontracted a lot of work out and paid the subcontractors on a weekly basis. That affords them the cream of the crop as far as labor is concerned, because competitors don’t pay as well. According to federal law, companies cannot bring workers in from the other islands, so F&R hires predominately locals. For certain projects, such as a type of piling where a specialized sub-contractor is required, the company will deal with a subcontractor from the U.S., even though it is much more expensive.

Recently, F&R completed one of the most important buildings in Puerto Rico, the University of Puerto Rico Comprehensive Cancer Center in Rio Piedras – a $107 million project within Puerto Rico’s Medical Center. Ángel admits that, “We specialized in high-rise residential projects, but there aren’t many being built in Puerto Rico today. We do hospitals, schools, office buildings, but right now the work in Puerto Rico is concentrated on housing repairs and reconstruction, because everything else has stopped since the Hurricanes.” That being said, construction-wise, Ángel believes the future looks very bright “because the federal money is coming through with help for the Hurricanes’ victims and now the earthquakes. The money is starting to flow, and we expect what happened after Hurricane Katrina hit New Orleans to happen here. That money flowed for 10 years. So, in Puerto Rico, we’re thinking that the money will keep coming for the next five to eight years.”

F&R Construction Group is a proud family organization that has stood the test of time with forward-thinking strategies and integrity. Speaking to the best attributes of the firm, Ángel shares, “This is a third generation construction company and my father was in the business, we are in the business in the second part, and our sons are in the business now. Over 48 years, we are very well known in Puerto Rico – everybody knows our name and who we are. We also have a lot of diversity. We are not only contractors, we are developers also. We play many bases; we develop and we do construction.”

Vanessa de Mari, F&R Development Manager, relates, “I think one of the reasons we have been so successful right now is that when the economy got tough around 2006, we had a strong foundation – both financially and structurally – within the company. The recession hit us pretty hard in Puerto Rico for a very long time and we were able to manage that rough period. We started to diversify our services through different companies while keeping  construction as our main trade, but we diversified into other areas and that gave us the ability to move forward and maintain our name as one of the biggest construction companies in Puerto Rico.”

F&R Partner, Manuel Fullana – Morales, who is in charge of the project’s schedules and environmental compliance, explains, “Any one of us partners that head the company, can make a decision and carry it forward. It doesn’t have to go to a Board or committees for approval, so we can go ahead quickly. Once we make a decision, we go forward with it because timing is always of the essence. That’s something we always emphasize with our clients, that we’re ready to move forward. That’s also something that makes us stand out among the competition. Jose ‘Ito” Fullana Morales, Jr. adds, “Once you’re involved with us, you end up dealing with a partner. You’re always involved with someone higher up in the company. We are able to make quick decisions all the way from the blueprints to the actual construction of the project.”

F&R Construction Group, Inc. defines success in terms of greater flexibility and the advancement of organizational culture and diversity, as well as excellence in sustainability, continuous training, project safety, and caring for the environment – all hallmarks of this remarkable firm. Chiming in with a final important message, Ángel says, “We look forward to working closely with you in transforming your next project into the iconic landmark it was meant to be.”

Experience innovation with the GE Appliances brands. Discover new and sophisticated appliances that will make your life easier, create delicious recipes and enjoy the best entertainment with your family. We have built a house of brands with products for every type of owner, no matter their lifestyle, their needs or their budget.

From fridges, dishwashers, stoves, cooktops, microwave ovens and more; you will discover perfection while you cook. Our modern refrigerators keep your food fresh and in perfect conditions thanks to their advanced technology. You can enjoy smart features as the “hands-free autofill” water dispenser that automatically serves you the amount of water you need in each glass or recipient. You can also have fun in the kitchen while you cook with our smart Hub that allows you to video chat, share and learn recipes or even watch your favorite entertainment in Netflix, Hulu, Spotify or YouTube while cooking a delicious meal. An ordinary day will turn into an exciting one with our smart products.

With a forward-thinking tradition that spans over 100 years, GE Appliances syncs perfectly with the modern lifestyle. As the focus on the kitchen continues to grow, appliances featuring the newest technologies, timesaving devices and lifestyle-enhancing features are taking center stage. Each of the appliances from our Profile brand are crafted to make a sophisticated statement in your kitchen. Our Café appliances are perfectly complemented with a modern and customizable look to define your unique style with the perfect finishes and materials; blending artistic details with brilliant features. www.cafeappliances.com

If you’re moving to a new place with a small space, you can find the appliances that are right for your home with our Haier brand. With a modern sleek design, and innovative features; these appliances offer a style you’ll love. Our small space living appliances take up only the space they need, nothing more. www.haierappliances.com

To captivate you even more, our Monogram brand redefines the world of luxury appliances. Monogram sources the highest quality materials for our appliances. From the commercial-grade stainless steel for our refrigerators to the unscratchable sapphire glass on our cooktop and range knobs, we are inspired by many industries. Our designs incorporate leading-edge materials used by high-end automotive and aeronautics companies to ensure our appliances bring lasting beauty and quality to your luxury kitchen. www.monogram.com

Marsh Saldaña, a leader in risk and insurance services, has more than 45 years in the Puerto Rican market. Our mission is to contribute to the success of our clients through innovative solutions and services for the management of all types of risk and to enhance the lives of its employees through innovative solutions for the management of its benefits. Our client portfolio includes the largest national companies, as well as European and US multinationals operating in Puerto Rico.

With more than 119 colleagues trained in different areas, we are sure that we have a suitable human resource capable of working in an integrated way with our clients, listening, learning and developing programs that turn risks into competitive advantages. Our organization has a structure that obeys a global scheme, which allows us to ensure that our customers will have standards and service processes of excellence in all their geographical locations.

In Puerto Rico we have two offices, one located in Guaynabo, as our main office, and the other office in Ponce. You can obtain more information regarding our services in our bilingual web page at www.marsh.com/pr and in our social media page at Linked In.

National Rums of Jamaica – Love at...

Belize Tourism Board to Host Adventure +...