Fides Limited – Giving new life to the past – Trinidad & Tobago

Giving new life to the past

Fifteen years ago, Fides Limited came onto the Trinidad construction scene with vast amounts of energy, extensive knowledge, and a bold mission to succeed. Back then, in 2007, the focus was primarily on building schools, infrastructural works, restoration, dredging (land and marine), and concrete works. Before long, the firm had earned a fine reputation and expanded its scope by adding restoration of historical sites to its portfolio.

One such masterpiece was located in Trinidad’s capital city, Port of Spain, where Fides Limited played a vital role in restoration of the country’s first Catholic Church (circa 1781). The company was then retained by the Urban Development Corporation of Trinidad and Tobago (UDeCOTT) to engage in restoration works of Whitehall, Mille Fleurs and Stollmeyer’s Castle, all of which are historical landmarks forming part of the Magnificent Seven.

On September 24th, 2021, the company gained even more ground, when the Ministry of Local Government in Guyana signed a $780 million contract with Fides Guyana Incorporated to commence the restoration and rebuilding works on the Georgetown City Hall. The project has an 18-month timeline and according to the Minister of Local Government, Nigel Dharamlall, it forms part of the Government’s commitment to restore the nation’s capital. 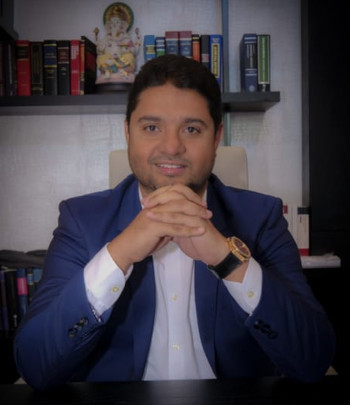 Shane Sagar, Founder & Managing Director of Fides Limited, explains, “A year ago we were looking at getting into the Guyanese market and we were successful. In Sept of 2021, our proposal was accepted and we were awarded the contract to restore the City Hall in Georgetown. We signed the contract with the Ministry and work commenced on the first of November. This is a large step of progress towards getting our footprint in Guyana. It is a full restoration – both interior and exterior. That building has earned some world recognition because of the state of disrepair.”

At times during the COVID-19 pandemic, Trinidad was under a complete lockdown that lasted for three months. That state of emergency was extended and is tentatively set to end at the end of November. For the sites that had a state of emergency, there were certain restrictions – one of which included the construction sector. Those restrictions have since been lifted and Fides Limited are able now to continue with construction because they are deemed an essential service.

However, the pandemic-related increases in material costs and delay in receiving supplies has become a huge challenge. Sagar reports, “That’s a serious issue for us. The cost of shipping has gone up exponentially – pre-COVID, the cost of shipping a 20 foot container was in the vicinity of $2500 to $3000 U.S. Now it is estimated at about $18,000 U.S. That has resulted in the prices of raw materials going up. So there is a challenge in the construction industry with respect to maintaining the prices we would have submitted at the time of tender, compared to the prices today.”

Doing restorations means incorporating materials that are historically accurate, or of the period. For a Grade One restoration, it is recommended that the material is as close to, or the same, as what was originally used on the building. That has created another challenge for Fides Limited because most of these materials are not manufactured in the Caribbean. They have to import them from different countries like India and Colombia, and what used to take six to eight weeks is now taking up to three to four months. The cost of those specialized materials has gone up as well.

Sagar admits, “It’s not in the hands of our Government, it’s rather an issue for the suppliers. But what the Government has done, having acknowledged the significant increase in the cost of materials worldwide, some of the state agencies involved in these restoration projects have taken the position that they would assist the contractors and negotiate prices to reflect the true state of prices of the materials in the current market.”

Fides Limited currently employs a full-time team of 45, along with 100 to 200 subcontractors. The Guyana outfit is a totally different setup; kept separate from Fides Limited Trinidad. “Fides Guyana will be manned by mostly local labor – skilled and unskilled – and where we don’t have the ability to execute the job, we have some specialists (civil engineers) coming in to oversee as experts in that field,” says Sagar.

The company does inhouse training for their employees because Trinidad workers are not very knowledgeable when it comes to the materials and techniques involved in restoration. Sagar shares, “Yeimer Suarez, who is the Chief Operations Officer of Fides, was very instrumental in the exchange of our technology and techniques. He took on the services of training the locals in Trinidad to become skilled in the restoration of these buildings. Right now, most of our workforce in Trinidad is made up of local labor because they are near to the projects we would have done.”

Restoration is a real art, and the techniques used are not those of normal construction. As Suarez elaborates, “One of the materials we use in restoration that we normally don’t get here in the market is lime mortar. So we’re training all the masons here to apply the lime mortar, and all of the steps involved, because there are different steps during the application. We have to use a variety of tools because the finishes are very different. That’s the main way we train the local people.” 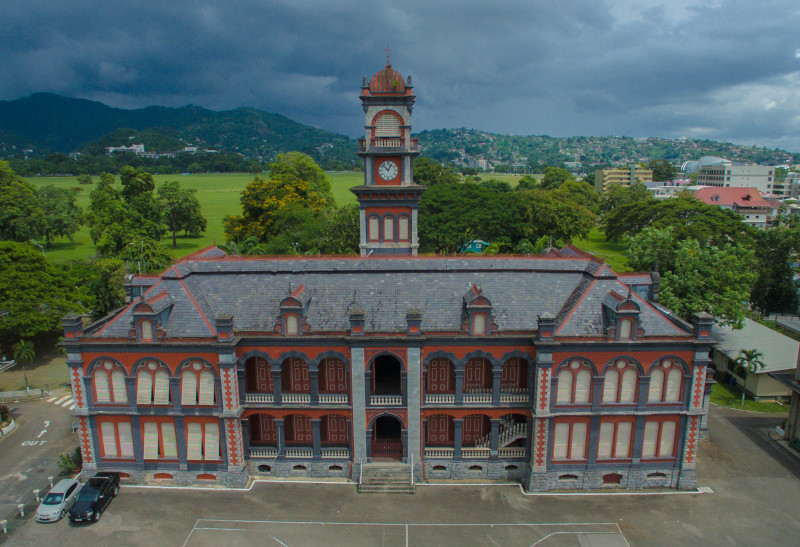 Another significant material is the copper that is used for roofing. Suarez adds, “We teach them to fabricate sheeting. The roof manufacturers here in Trinidad don’t have the right machine, so we built a special machine to make the sheets – we manufacture it here and we install it. The beautiful copper patina as it ages is part of the real value of the historical restoration. We focus on the quality all the time – this is the best company I’ve worked at in my life. After seven years here, I feel like I’m working in my own company. I love this work and I would recommend it as a good job, for sure.”

Believing that Suarez is underselling himself, Sagar says, “Let me give you an example of the innovations we have because of him. When we were doing Stollmeyer’s Castle, there were some bricks that were used from over 100 years ago, and we needed more. Obviously those are not being manufactured anymore, but Yeimer came up with the formula for the lime mortar to construct these bricks. He built a machine to manufacture the bricks and when you put them next to the 100-year-old bricks, you could not tell the difference. If you pass by Stollmeyer’s Castle where we installed those bricks, you would not tell the difference between the recently manufactured ones and the original ones. Very innovative.”

Now, the Fides Guyana team are working full steam on the Georgetown City Hall project – an example of gothic revival architecture, which was constructed in the 18th century. In Trinidad, Fides Limited are helping restore the historic Public Library that was built in 1901 and was the first of its kind in the English-speaking Caribbean – another project that they are close to finishing. Yeimer was instrumental in that restoration process, as well. In addition, there is a school known as the Queen’s Royal College that was constructed in 1902, and Fidel Limited did the restoration of their assembly hall. They are also working on the beloved St. Francis Church in Trinidad (circa 1902), which is Irish Romanesque in style with rounded arches and windows and a round tower, and walls of local limestone that are two and a half feet thick. Just a few of the firm’s notable works.

But the Guyana City Hall project is important in another way beyond architectural heritage. As Sagar attests, “It’s something for the people of Guyana – because it’s been there for quite a while in a dilapidated state. And it’s involving local Guyanese citizens who will make up the workforce for that project. Local is important; to involve these citizens of that country to be part of something like this. We will also be purchasing as many of the materials locally as possible, when they are available.” The once stunning structure has a rectangular shape with three floors and was built of timber. The tower is one of the building’s most notable features. It currently has shingles but those will be replaced with slate on the roof in keeping with the original design.

The Georgetown City Hall is thought to be one of the best examples of this type of Victorian design in the Caribbean. It is also being considered for inclusion on the Georgetown Heritage Trail. Sagar states, “We are very excited about that project and completing it successfully and we are looking forward to any other opportunities that arise in the region or beyond. Although we specialize in restoration, we’re doing a lot of new construction as well. General contracting, we have engineers on board and we provide design services – everything from start to finish in construction. We do it all.”

What: A construction company specializing in building restoration

Where: Port of Spain, Trinidad & Tobago

The Dachin Group of Companies – Port...