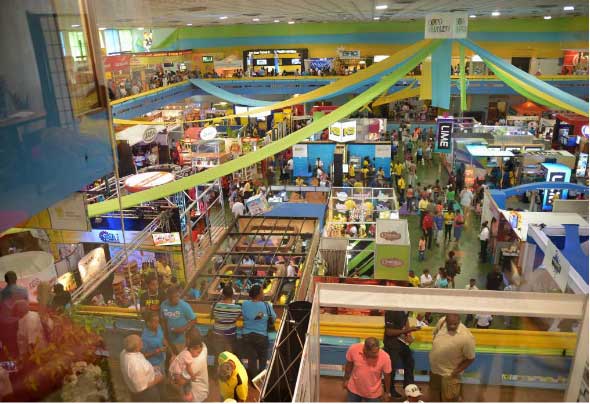 Serving the industrial sector with excellence since 1947

The Jamaica Manufacturers’ Association (JMA) was formed in 1947, by eight manufacturers who wanted to provide support to local businesses while encouraging the island’s population to buy Jamaican-made goods. Brian Pengelley, JMA’s current President explains what factors motivated the Association’s founders: “The manufacturing industry in Jamaica emerged out of necessity. Because when you go back to the pre- and post-colonial years, agriculture was basically the bedrock of our economy. We had a shortage of locally manufactured goods which were being filled by imports.” But after World War II, Pengelley points out that there was a decline in imports. So, goods that were previously supplied by imports now had to be produced locally. Almost seven decades later, the original “Buy Jamaican” campaign is still going strong and the JMA’s membership has grown to 365 members who represent all sub-sectors of the island’s economy. JMA’s mandate is to promote the development of the country’s manufacturing sector by providing relevant services to its members and acting as the sector’s representative to the government and its regulatory agencies. According to Pengelley, “The master plan is to promote local manufacturing wherever possible as a national priority – and to do that through collaboration with the government of Jamaica at whatever point in time.”

From its beginnings, the JMA has worked with successive Jamaican administrations to help promulgate numerous legislative, regulatory, and tax policies and reforms, designed to help the country’s manufacturing industry prosper, while simultaneously advancing the overall health of the Jamaican economy. It is still one of the Association’s major functions. “The strength of the Association is actually the power of our lobby,” Pengelley maintains. “And the power of the lobby has come from influential membership but it also comes from a spirit of collaboration. The government has its own agenda and its own problems, so we have stood by its side to contribute and collaborate to make sure we get the right results for Jamaica, overall, but, certainly, for our manufacturers.”

A key achievement, according to Pengelley, was convincing the government not to tax inputs into the manufacturing process, but rather to levy a tax on the market side. He explains why: “Every time you drive up the cost of inputs, you drive up the cost at the very beginning of the process, so before you even convert that raw material into a product, you’re incurring high costs. And on an island where about 90 percent of our raw materials are imported, you’re paying for that way in advance of actually going through the conversion process.”

In the late 1980s, with the help of JMA’s intervention, the Government adopted a General Consumption Tax (GCT) in order to shift some of the taxation burdens from production inputs to consumption. Over the years, continued JMA lobbying has succeeded in securing the dismantling of most price control mechanisms for local manufacturers, and the restructuring of import tariffs, port duties, and administrative fees. Today, there is reduced, or no taxation, duties, or port charges on raw material imports and capital goods coming into Jamaica. But of course, there’s never a shortage of other concerns claiming the attention of Pengelley and the JMA’s 14-member secretariat staff. “One of the big issues we’re facing, at the moment, as a country, is the cost of electricity. Energy is a major component of manufacturing and currently our costs are somewhere around 42 cents per kilowatt hour. We’re still running very old generating equipment, all based on oil. So there is a new policy here which is working to diversify that and we’re expecting by 2017 or 2018 we will have taken at least 30 percent out of the current cost of electricity by switching to gas and to new generating equipment that is far more efficient.” Always emphasizing the upside, Pengelley adds: “And if you use your power between midnight and 6 AM you can also lower your costs.”

In addition to its lobbying arm, the JMA also provides many other direct services to its members. For example: for 42 years the Association has hosted a biennial “Expo Jamaica ” – a trade platform that showcases Jamaican manufactured products and brings buyers and sellers together. In addition, the JMA exposes its members to selling opportunities through its many networks and connections; identifies media and marketing opportunities that align with its member needs and negotiates promotions for them; and utilizes road shows, billboards, and press interviews to promote the Association’s work, and build “Brand Jamaica.”

Perhaps most importantly, the JMA also partners with key institutions that are crucial to the growth and development of the manufacturing sector, such as the Bureau of Standards Jamaica, universities, and local experts. These stakeholders provide training to JMA members in the areas of best practices and market intelligence within their respective sub-sectors . The Association also works to improve overall export competitiveness, build capacity, and increase research and development within the manufacturing sector.

Today, Pengelley claims that 100 percent of the island’s major manufacturers are JMA members, as are about 95 percent of the medium-sized ones. But there’s a potential pool of 500-600 smaller enterprises that he would like to target as potential new members, so the Association is currently putting a greater emphasis on attracting and supporting these businesses. “We’ve started a new initiative to bring in the small and medium entities into the Association. For $100 USD, they get full service, full membership, and we assist them with getting distribution.” In addition, Pengelley says that the JMA currently has a roster of 52 start-up companies that it is “encouraging and mentoring.”

Pengelley would also like to see the JMA spread its territorial base. Right now, he admits that the Association is very Kingston-centric. But, he adds, “because our tourism has been developing so strongly over the last five or six years, we see the real potential growth for this country to be more to the west and northern sides of the island, and one of the mandates and strategic objectives of our Association, at the moment, is to be able to stretch ourselves to include more members from that section of the island, as well as to be able to communicate more openly with them.”

And since communication with its members and potential members is so crucial, the JMA has paid a lot of attention lately to maximizing its online presence with a very expansive website and an active Facebook page. It has also instituted web-based meetings so that members no longer have to journey to Kingston to participate; they can simply join in, live and direct, via the internet.

For almost 70 years, the JMA has ably represented all the interests of the manufacturers of Jamaica. It has developed extremely good relationships with the decision makers in each successive government who have ultimately accepted the value of manufacturing to the country’s economy and are eager and prepared to work with the Association, as well as with those wishing to invest in Jamaican manufacturing opportunities. Pengelley is deservedly proud of the JMA’s many past accomplishments and is just as confident about its future: “There’s a lot going on that indicates that we’re on the right path. We’re here and we’re here to stay.”