TCI Waste Disposal is the only recycling facility of solid waste in the Turks and Caicos, and its first and foremost goal is to maintain and preserve the beauty of the Islands by reducing waste that goes into the landfill. The company is making great strides through innovative waste management techniques and recycling initiatives to promote and encourage better environmental awareness among residents, tourists, and businesses. 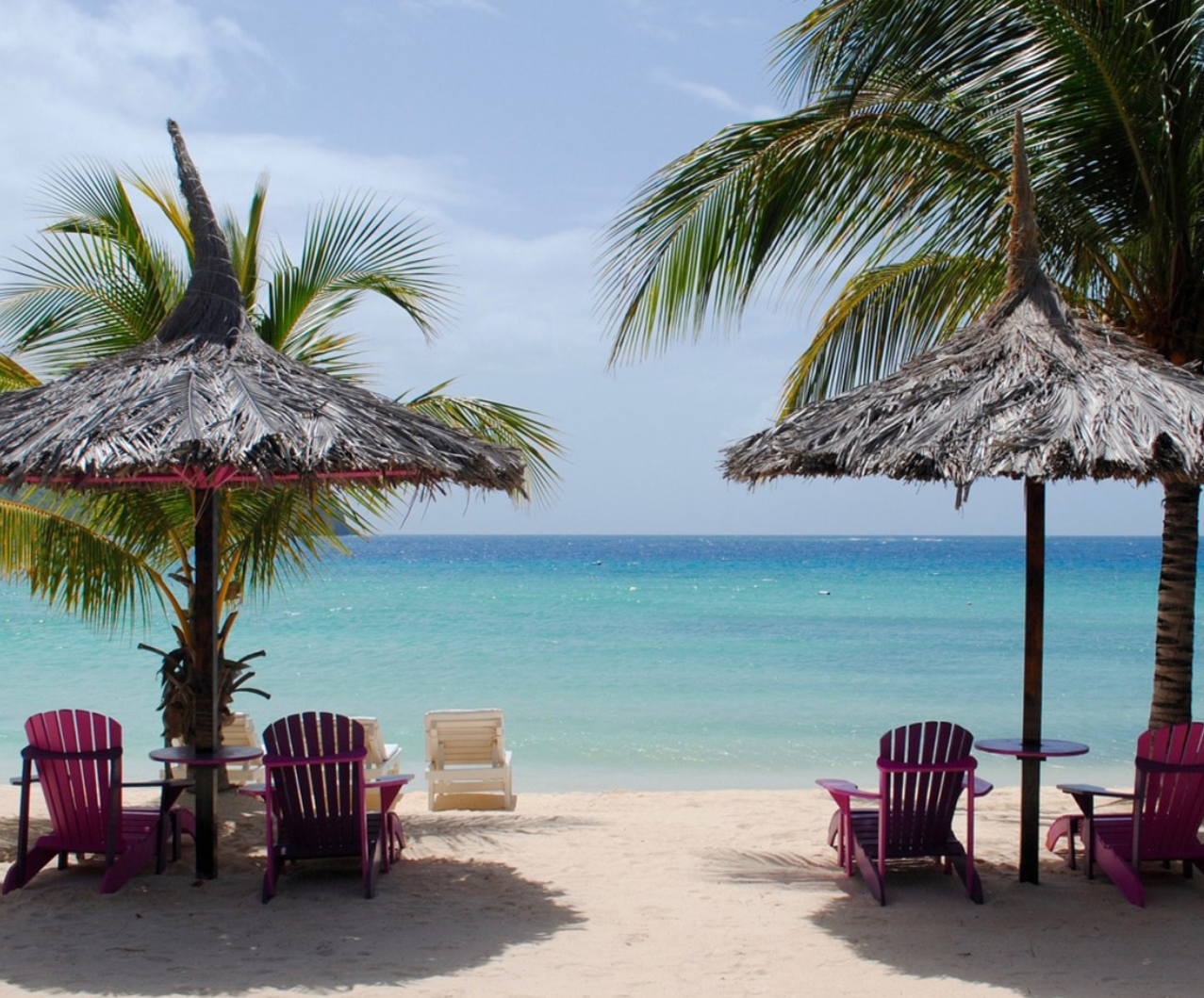 Ramez Hakoura is Managing Director of TCI Waste Disposal and a staunch advocate of environmental stewardship. The story of the start-up company he founded, the devastating event that followed, and the resounding comeback, offer much to think about. In Hakoura’s words:

“I’ve owned several businesses on the island, and was here about 12 years ago working on a project. I was renting an apartment, and it was really as simple as: my garbage wasn’t being picked up. When I asked my landlord, ‘Why is it sometimes being picked up and sometimes not? He replied, “That’s just how it is.”’ At that point, I decided it might be a good idea to start a waste collection company here. At the time, there wasn’t any legitimate private collection company – the government was doing it, sporadically, but it wasn’t very organized.

“When we started TCI Waste Disposal a decade ago, it was always part of the plan to go into recycling, we just didn’t know when. There were a lot of obstacles – primarily, we didn’t have land to build a recycling or sort facility. So, for the first few years we were just a collection site. We started off with one truck, two employees, and one hotel as a customer.

“Because there wasn’t a proper privatized waste company here, we thought it should be quick and easy to gain a big market share. But getting all the legislation and business licenses in place, as a foreigner to the country, took two-and-a-half years. By the time we were good to go and made the investment, there were other existing privatized waste companies. Things here take time; if you haven’t got a foothold, or you haven’t been here for a while, you don’t know where to turn to get things done.

“TCI now has over 3,000 customers, and about 85 percent market share. We’re not a large company, we run with about 35 employees, six big garbage trucks, and several smaller ones to do the side work. When we started, there wasn’t even a landfill. Just a designated area where all the trash was dumped and burned. It was only four or five years ago that a landfill was put in place, and run by a private company. Even though we have a recycling facility, today, we still use the landfill. Because we’re not 100 percent recycling, we’re at about 50 to 60 percent, but our end goal, within the next few years, is to get to zero landfill.

“There are still three other garbage companies here, and when we first started, we looked at how they were operating (I’m going back eight or nine years). Take, for instance, hotels and restaurants – the only kind of garbage pickup system they had was roll-offs. That’s where you pick up a bin, take it to the landfill, and return it. So, one of our selling points was having trucks with a compaction system built in. The advantage is we come to the customer’s location, empty the bin onsite, and then go to the next place. Rather than having to drag the whole thing away, and bring it back half an hour later. Now, we’re in the roll-off business, as well.

“Residential customers didn’t have bins, they used old oil drums, and the trucks would come and try to empty them into a trailer. There were no professional bins at houses, it was all makeshift stuff they were using. I decided I wanted to change all that with the compaction trucks. 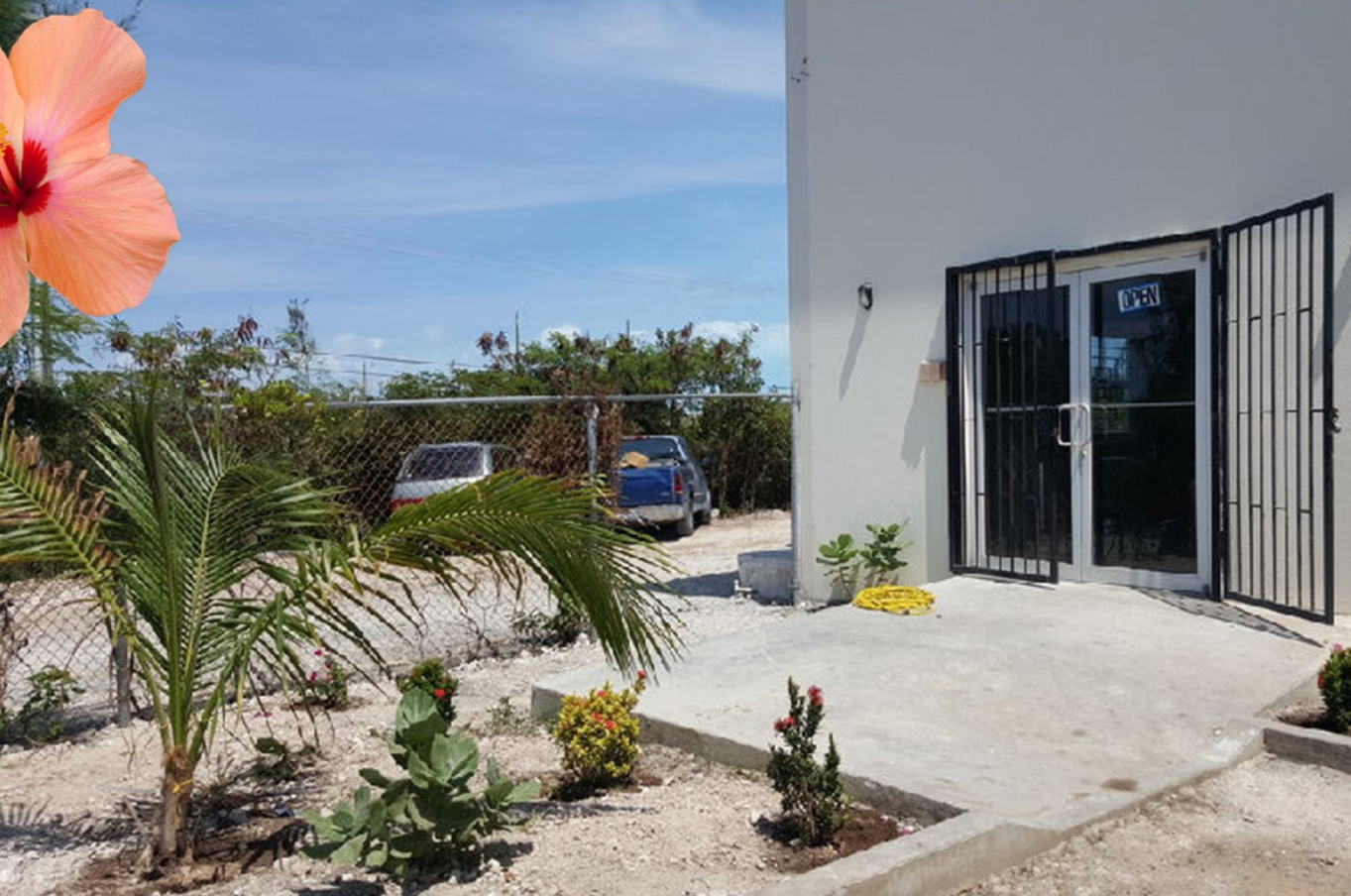 “Another thing we market heavily is that all our trucks have GPS systems, so we know where they are and when. We also put a huge emphasis on maintenance. Because if you have higher maintenance, there’s less chance of us delaying our pickups or not showing up. So, those were the initial selling points we used to differentiate ourselves.

“To be honest, we were turning a profit within the first two years, but we didn’t pay dividends to the shareholders for a while. We just invested the profits back into the business. We are a private entity with four shareholders who own the company.

“The significant turning point for TCI, after being open about five years, was starting the recycling part. Before then, recycling of any sort – household or solid waste – didn’t exist in this country. To do it, we had to build a $1.5 million facility and bring in sort lines, balers, all types of equipment, purchase the land, purchase more trucks, so we could separate the trucks that pick up recyclable waste from those that pick up normal waste.

“Then we had to spend a lot of money on, not just marketing, but education. Because if people aren’t educated in separating the garbage, then recycling becomes an absolute nightmare. In other countries, in Europe and Canada, you have one bin for paper, one for cans, one for plastics, and different trucks pick up the separated garbage. We knew that wouldn’t work here because it’s just too much of an effort.

“We simplified it into separating only organic waste and all other recyclables – one division of separation. Initially, what we recycled was very limited; cardboard and PTI plastic, aluminum cans, and glass bottles. Now, we recycle all plastic except Styrofoam. I’m talking shrink wrap, PT1, PT2, aluminum cans, electronics, batteries, office paper, cardboard, copper, magazines. Interestingly enough, that change, and the increase in recyclables, happened after a huge fire where our whole facility burned down.

“It was a three-day fire that ended recycling in this country for two years. Then, I had to rebuild the facility. It started operating again about a year ago. I tried to turn sour lemons into lemonade by using the advantages of what I learned previously and the mistakes I made, and fixed those when we built the new facility.

“Our main long-term plan is to get to zero percent landfill, through a process that’s still being tested; a way of recycling organic waste at a much quicker rate than composting would, and using much less space. If we’re successful with that, we can start taking the first big steps toward zero landfill.

“The other goal is to reduce shipping costs. Because we’re an island, everything has to get sent away. And the one way I can reduce my shipping costs is by shipping more stuff; by increasing the number of containers of recycling we send out. By far, the most important business relationship I have is with the people who purchase my recyclables. Currently, it’s around 55,000 pounds per week to recyclers in Miami. From there, depending on what it is, some recycling goes to China to get processed. The only thing we keep is glass. We crush it and turn it into aggregate for small projects like building tarmac roads; or we separate it into colors and crush it to the size of small crystals for decorative purposes. 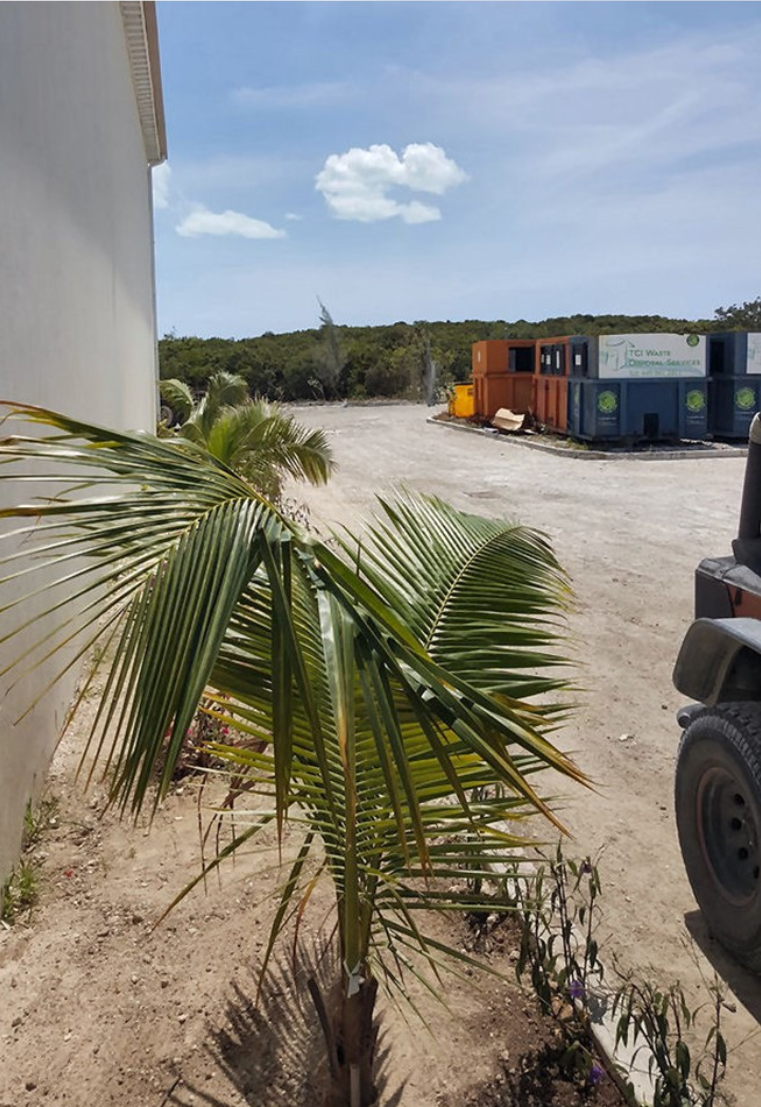 “I’m actually lowering my prices because of the recycling. Take a hotel, they are charged a certain amount every time I collect their normal waste. So, I tell them, if I give you another bin to fill with recyclables, I’ll take those away for free. That means your normal bin won’t be collected as often, because it won’t fill up as many times. I do that to motivate people to segregate their garbage. If you modify behavior, in the long run, it’s profitable for both parties.

“Environmental impact is always at the forefront in Turks and Caicos. This island is completely and utterly dependent on the tourism industry. Even the big power companies, their best customers are the large hoteliers and restaurants. The tourism draw is our beautiful waters, so if we don’t keep the island clean and we don’t environmentally sustain it, we’ll lose the tourists, and that would be disastrous because we literally have nothing else to fall back on.

“There’s another vital element at play in Turks and Caicos, beyond the environmental debate. It’s the limited amount of land. We’re a tiny island, and this is just pure math. I respect the fact that there are differing scientific theories and personal beliefs on global warming, but no one can argue the fact that we will run out of room if we don’t start sending stuff out of here.”