Business View Magazine interviews Emilio Venegas, as part of our focus on best practices in the Caribbean construction sector. 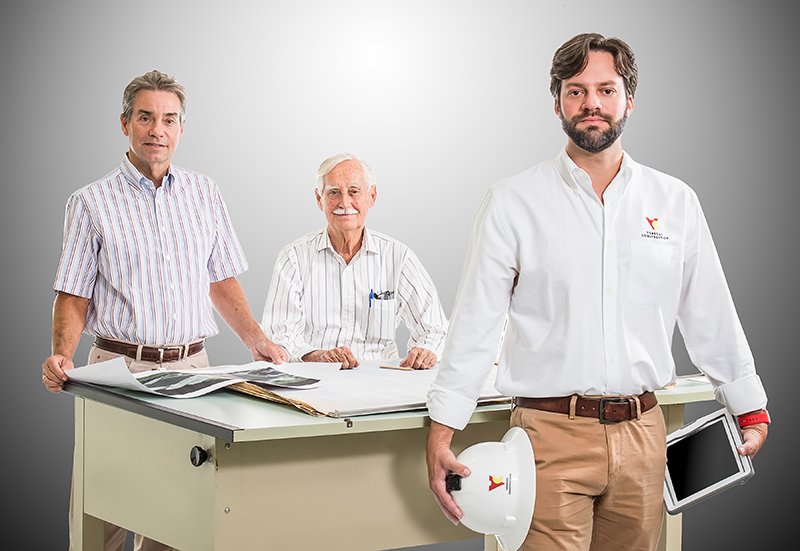 Emilio R. Venegas, Company Vice-President and grandson of its founder, Emilio J. Venegas, and son of its President, Emilio M. Venegas, believes that the firm’s success over the years, in addition to its innovative use of ground-breaking construction methods, can be attributed to its devotion to its clients. “We have a fifty-five-year track record where we’ve never, ever defaulted on a project, failed to complete a project, or had any sort of litigation with a client,” he affirms. “We do not fight with our clients; instead, we are reasonable and proactive in the solution of problems. We believe clients look for the reasonable and amiable problem solver. That, combined with our track record of high quality and aggressive, fast-paced construction, sets us apart from the rest.”

Over the last few years, Venegas reports that the company had been making plans to introduce its services to areas outside of Puerto Rico. That changed suddenly in September 2017, when Hurricane Maria slammed into the island with Category 5 winds. “At Venegas, every few years, we find an opportunity for innovation and growth,” he says. “This time, it turned out to be disaster response instead of developing our same operations in other geographic areas.”

“Here’s how this came about,” Venegas continues. “After the hurricane, the municipalities came to us for immediate debris clearance, restoration of utility plants, setup of emergency shelters and the demolition of potentially dangerous structures. Then, we were contracted by the U.S. Army Corps of Engineers for what is known as the Blue Roof Program, providing emergency temporary roof repairs for homes that lost or had substantial damage to their roofs. The tarp provided by the federal government, and its installation procedures are superior and more durable than a homeowner-installed tarp. In the case of Puerto Rico after Hurricane Maria, the program repaired over 50,000 homes, protecting people from the elements so they may continue to live in their homes until the roof is permanently repaired.”

“One of the great challenges in these roofing missions is the post-storm chaos,” he adds. “Everybody is under a great deal of stress; you’re lacking essential resources, such as electric power, water, telecommunications, and fuel. The supply chain is affected and materials are scarce, especially on an island. All these challenges are augmented by the high rate of production that is required by the Federal Government. Once contracted by the Corps of Engineers, we had to begin repairing roofs four days after the award, and in the case of Hurricane Maria, within 10 days, we had to complete 300 roofs per day.”

“We engaged over 200 four-to-five-man crews with vehicles, materials, plus all the resources and software required for tracking, quality control, documenting and reporting. It was an extremely challenging mission, and we performed favorably. In fact, we considerably exceeded the production of all other contractors, despite them having prior disaster response experience. Our local presence provided greater rapport with local providers and employees.

“We performed over $32 million worth of work in about 10 weeks. For short of three months, we worked almost non-stop. We took a short recess to go home, sleep a few hours, and come back to work. We worked entire weekends for several months and we worked through Thanksgiving and the entire holiday season. Despite this, we had no objection from our management staff. We are normally flexible with our employees, an investment that paid off while performing disaster response work; our staff was extraordinarily committed when we needed them most so that Venegas could deliver for our client.

“Shortly after the Blue Roof program, we engaged in the STEP (Sheltering and Temporary Essential Power) program, which is a FEMA program utilized in Puerto Rico in response to Hurricane Maria. Our engagement in the STEP Program lasted about five months, and in that time, we performed another $11 million worth of disaster response work. It was fast-paced, but not as aggressive as the Blue Roof program.”

The upshot of all of the company’s hurricane disaster recovery work was the awarding of two Advanced Contract Initiative (ACI) contracts to Venegas Construction from the U.S. Army Corps of Engineers. “It’s a five-year, pre-position contract,” Venegas explains. “If there is an emergency roofing mission because of a hurricane, we have already been pre-contracted; the U.S. Army Corps can now activate us immediately after the passing of a storm. Therefore, we have quickly developed into one of the pre-positioned, pre-contracted firms by the U.S. Army Corps of Engineers to aid in disaster response, not only in Puerto Rico, but also in 20 states in the continental United States. I believe, this is the first time that a company from Puerto Rico is pre-positioned to provide disaster response in the continental United States. And it’s certainly a very big deal for us.”

The company’s disaster response efforts resumed this past January, after a 6.4 magnitude earthquake rumbled through Puerto Rico. “After the earthquake, we received urgent calls from several facilities – such as medical offices and schools – that required minor repairs in order to continue their operations, safely,” Venegas recounts. “We immediately jumped to the challenge. A lot of this work was done during the aftershocks, which required specific safety protocols to protect our employees from inherent risks, while urgently repairing the affected buildings and structures. We were successful in completing several of those projects, and we still continue with a few others that need more elaborate retrofits to prepare the buildings for greater seismic events in the future.”

Venegas notes that the company’s construction work in Puerto Rico continued as usual despite all the disasters and emergencies to which it pivoted to respond. “What we did put on hold was the geographic expansion of our operations into Florida and New York,” he notes. “And what we’ve been focusing on, instead, is the development of our expertise as a disaster response provider. We have developed, and would like to continue growing, a new entity – Venegas Disaster Response. The idea is to transfer all of the expertise and past performance from Venegas Construction to Venegas Disaster Response, so that Venegas Construction can continue being the General Contractor that it has always been, and Venegas Disaster Response can go about being an international disaster response provider. We realized there is a considerable difference between the two and it makes a lot of business sense to have a separate entity to specialize in disaster response, while Venegas Construction continues to perform the traditional construction projects we’ve always done.”

As if hurricanes and earthquakes weren’t enough to deal with, Venegas Construction has also been affected by the COVID-19 pandemic. But, once again the company has responded to the challenge with innovation and a keen sense of caring for its employees and clients. “Puerto Rico went to a complete lockdown from March 15th to May 11th, when we were allowed, with safety protocols, to go about our business,” Venegas shares. “We have a very elaborate safety protocol for COVID, and so far, no employee or visitor has contracted the virus in our work locations. We implemented many checkpoints and procedures to prevent anybody who potentially has a virus to enter our locations.”

The innovation that Venegas employs is a software program that the company uses to screen potential carriers of the coronavirus. “We collaborated with software developers and employed custom software to manage disaster response missions,” Venegas says. “Similar technology has helped us with our COVID plan. We have an online portal that anybody that either works for us or enters our workplaces can access. Remote electronic screening determines whether you are allowed entry and what other symptom tests you are going to encounter at the entry checkpoint. All our screening data is handled automatically with database systems developed specifically for COVID.”

Going forward, Venegas says that the company will continue to develop customized software solutions for some of its other operations; further develop its disaster response capabilities; and make some strategic investments in properties that have the potential for residential development. What clearly won’t change, though, is the firm’s desire to take on new challenges as they arise, and its ability to meet them head-on. “We gravitate to challenges,” he states. “That’s what I love about this company. When something new comes up, we’re usually ahead of the curve.”

“I also love the fact that our people, like me, are third generation employees. Many of the employees that started with my grandfather – their children worked along with my father and their grandchildren now work with me. And you see a growth in their positions. A lot of the people that started out as a laborer or a carpenter with my grandfather – their children, in my father’s generation, made it to become supervisors, and today, some of these grandchildren with me are engineers or safety supervisors. They’ve grown with us. And their families have grown with us.”

What: One of Puerto Rico’s premier construction contractors

“Lanco Paints’ mission has always been one of superior customer satisfaction centered on producing the best quality products. Lanco’s product line encompasses a wide array of applications, ranging from architectural coatings and wood finishes, to industrial adhesives and high-performance sealants. This family-owned company has grown to an international enterprise with manufacturing facilities in the US, the Caribbean Central and South America.”