On August 9th, the UN’s Intergovernmental Panel on Climate Change (IPCC) released its 6th Assessment Report (AR6). The IPCC is a scientific body working with hundreds of global experts collaborating to assess evidence from scientific, technical and socio-economic data via a robust, transparent process. This latest Assessment Report is based on the analysis of more than 14,000 studies and is the most comprehensive summary produced to date of the physical science of climate change.

Planning and Development Minister Camille Robinson-Regis emphasizes that some points to note from the Report are that this era presents one of the worst warming periods in history and is the loudest wake up call to date. The world has already warmed to unprecedented levels and the immediate future does not look any better. Human action has put so much carbon dioxide and other greenhouse gases into the atmosphere that this warming will continue at least until the middle of the century, even if nations take immediate steps today to sharply cut emissions.

The concentration of carbon dioxide in the atmosphere, for example, is greater than at any time in the past two million years. The AR6 also highlights that strict emissions cuts, implemented immediately, can limit the warming beyond 2050. Best case scenario, reaching “net zero” emissions could even bring warming back slightly under 1.5 degrees Celsius in the second half of the century. Already we are seeing catastrophic flooding and wildfires in many parts of the world which may be unprecedented.

The Planning Minister is urging citizens to take note of the severity of the global climate situation and to make attempts to read the report. As a Small Island Developing State (SIDS), Trinidad and Tobago is particularly vulnerable to the impacts of climate change. As a country with an economy based on oil and gas, chemicals, and a manufacturing industry, we have a responsibility to ensure that we do our part as a responsible member of the global community.

The Minister adds that climate change and the environment have always been a priority on the Government’s agenda. It is a key part of Trinidad and Tobago’s National Development Strategy: Vision 2030, Theme 5, ‘Placing the Environment at the centre of Social and Economic Development’.  Our commitment to the global Sustainable Development Goals is focused on SDG 13, Climate Action; SDG 14, Life below Water and SDG 15, Life on Land; SDG12, Responsible Consumption and Production and more, through a number of integrated projects and programmes.

T&T’s National Development Strategy, Vision 2030, places the environment at the centre of social and economic development.

The Government has committed to a reduction in cumulative greenhouse gas emissions in the main emitting sectors (industry, power generation and transportation) by 15% from a business as usual baseline by December 31, 2030.  Work has been ongoing in this area. However, she acknowledged that more has to be done, and Trinidad and Tobago is updating its commitments to the Paris Agreement, called the Nationally Determined Contributions (NDC) in keeping with the requirements of the Paris Agreement, with a view to increasing ambition. Trinidad and Tobago hopes to submit the updated NDC to the UN by the Twenty Sixth Conference of Parties of the United Nations Framework Convention on Climate Change (COP 26), of which we intend to be a part in November 2021.

T&T is working to reduce emissions in the industry, power generation and transportation sectors. 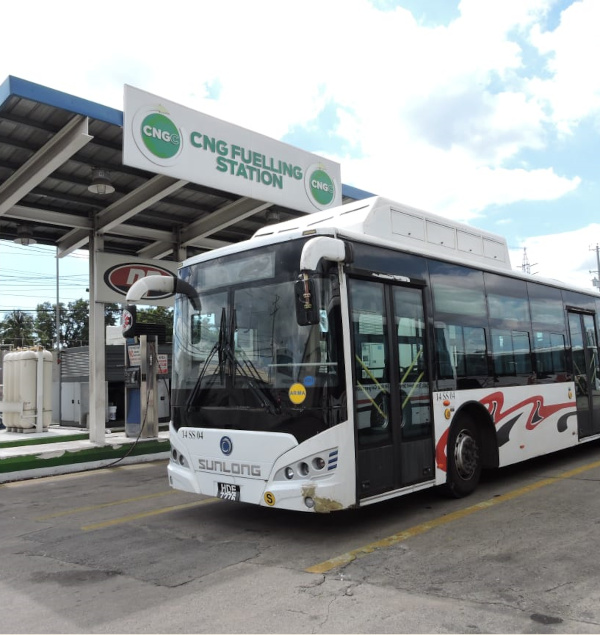 T&T is working to reduce emissions in the industry, power generation and transportation sectors.

Trinidad and Tobago has been taking climate action.

“Significant work has been done towards the establishment of a robust Monitoring, Reporting and Verification (MRV) System to track the progress of efforts to reduce greenhouse gas emissions in Trinidad and Tobago and I am pleased to note that we have recently secured funding from the Global Environment Facility (GEF) of just over USD $1 million to strengthen the system in order to become compliant with transparency reporting requirements under the Paris Agreement,” stated Minister Robinson-Regis. The Ministry of Planning and Development has also recently completed an updated greenhouse gas inventory and validated the emissions baselines, as well as conducted multi-criteria analyses for mitigation actions to be undertaken.

Another effort to curb the current climate situation is through renewable energy for power generation.  A T&T Government and European Union Global Climate Change Alliance Plus (EU GCCA+) project afforded 12 selected communities in Trinidad and Tobago installations of small-scale roof-mounted Solar Photovoltaic (PV) solar panels. These solar panels will be used to supply energy for power generation and is being implemented on-the-ground by the United Nations Development Programme (UNDP).

A solar power panel installation programme with the EU GCCA+ and the UNDP will introduce renewable power to 12 communities across Trinidad and Tobago.

Internationally, from August 2021, Trinidad and Tobago has officially become a member of the UK led Global Ocean Alliance and the High Ambition Coalition for Nature and People. By joining the Global Ocean Alliance, Trinidad and Tobago has become part of a 54 country-strong alliance which aims to protect at least 30 percent of the global ocean in Marine Protected Areas (MPAs) and Other Effective area-based Conservation Measures (OECMs) by 2030. This is known as the “30by30 target”. This is important to climate change resilience because of the ocean’s carbon absorption abilities and scientific evidence indicates that effective protection of at least 30 percent of the global ocean will help to reverse adverse environmental impacts, preserve fish populations and sustain long-term ocean health. It also serves as a good example of a nature-based solution/ecosystem-based approach.

The Minister also reiterates that the policy work is also in an advanced state to support Trinidad and Tobago’s penetration of electric vehicles in keeping with global car manufacturing trends. A consultant has been engaged by the United Nations Environment Programme and Denmark Technical University (DTU/UNEP), to develop funding proposals for the instalment of ultra-fast solar electric vehicle chargers. 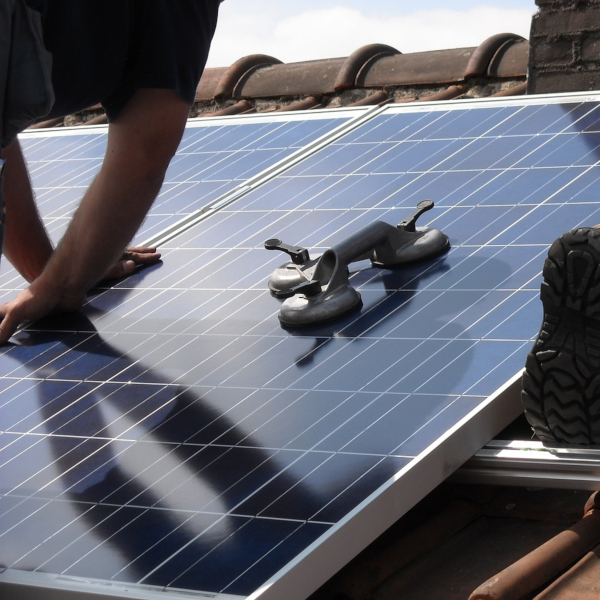 A solar power panel installation programme with the EU GCCA+ and the UNDP will introduce renewable power to 12 communities across Trinidad and Tobago.

The IPCC report represents clear and present danger for which every effort needs to be pursued. The Kigali Amendment under the Montreal Protocol also aims to address the climate emergency by phasing out ozone depleting substances which are also even more potent greenhouse gases. Trinidad and Tobago is taking an all-round approach to addressing climate change by maximizing synergy and complementarity by also taking action in the refrigeration and cooling sector.

Regulations in the air conditioning and refrigeration sector have placed T&T in a leading position regarding ozone management.

The most important stakeholder in the climate emergency remains the individual or the average citizen who would be affected by the physical and socioeconomic impacts of climate change. The average citizen therefore also has significant individual responsibility to adopt climate-friendly behavior through energy conservation by minimizing the use of electricity, car-pooling, recycling and minimizing waste generation which also produce greenhouse gases in landfills, conserving water, and developing food self-sufficiency as part of building climate resilience to the adverse impacts of climate change.