Trinidad and Tobago poised to take a leading role at COP26

Planning and Development Minister Camille Robinson-Regis has committed to the Caribbean Community Climate Change Centre (CCCCC) Trinidad and Tobago’s preparation and participation at COP26, which is the Twenty Sixth Conference of Parties of the United Nations Framework Convention on Climate Change (UNFCCC).

Mr. Kishan Kumarsingh, Head of the Planning Ministry’s Multilateral Environmental Agreements Unit (MEAU), adds that the Twenty Sixth Conference of Parties (COP 26) of the United Nations Framework Convention on Climate Change (UNFCCC) takes place in the United Kingdom in November 2021 and momentum is building for this to be the COP of ambition in order to address the world’s “Climate Emergency.” Minister Robinson-Regis also stated that increased ambition to reduce emissions and adapt to the impacts of climate change are imperatives in order to achieve the goals set in the Paris Agreement.

The CCCCC convened a virtual meeting of climate negotiators on July 12-13, 2021, followed by a meeting on July 14th with Ministers of CARICOM who have responsibility for climate change issues.  Mr. Kumarsingh and Ms. Sindy Singh, Climate Change Specialist at the Ministry participated actively at the CARICOM Negotiators Meeting while Minister Robinson-Regis attended the Ministerial Meeting on July 14th, to underscore, on behalf of the Government of T&T, the importance of climate change and a successful outcome at COP26 for the country as well as the Region.

Ms. Singh also attends negotiations on behalf of the country and currently serves as the coordinator for adaptation issues for the Alliance of Small Island States (AOSIS). At the CARICOM meeting, she led discussions on adaptation. Ms Ruenna Haynes, another Trinidad and Tobago national led discussions on the transparency framework.

The aim of the CCCCC’s meeting was to have discussions at the CARICOM level on issues expected to be on the Agenda at COP26 as well as to to strategize a plan to deal key issues which are expected to be discussed at COP26, including those outstanding issues to finalise the Paris Agreement rulebook.  Due to the covid-19 pandemic, there were no in-person climate conferences last year and outstanding items for the Paris Agreement rule book have languished. But further, efforts to ramp up ambition (commitments and efforts to reduce emissions and adapt to the impacts of climate change) have not yielded what is necessary to ensure that the goals set in the Paris Agreement would be achieved. 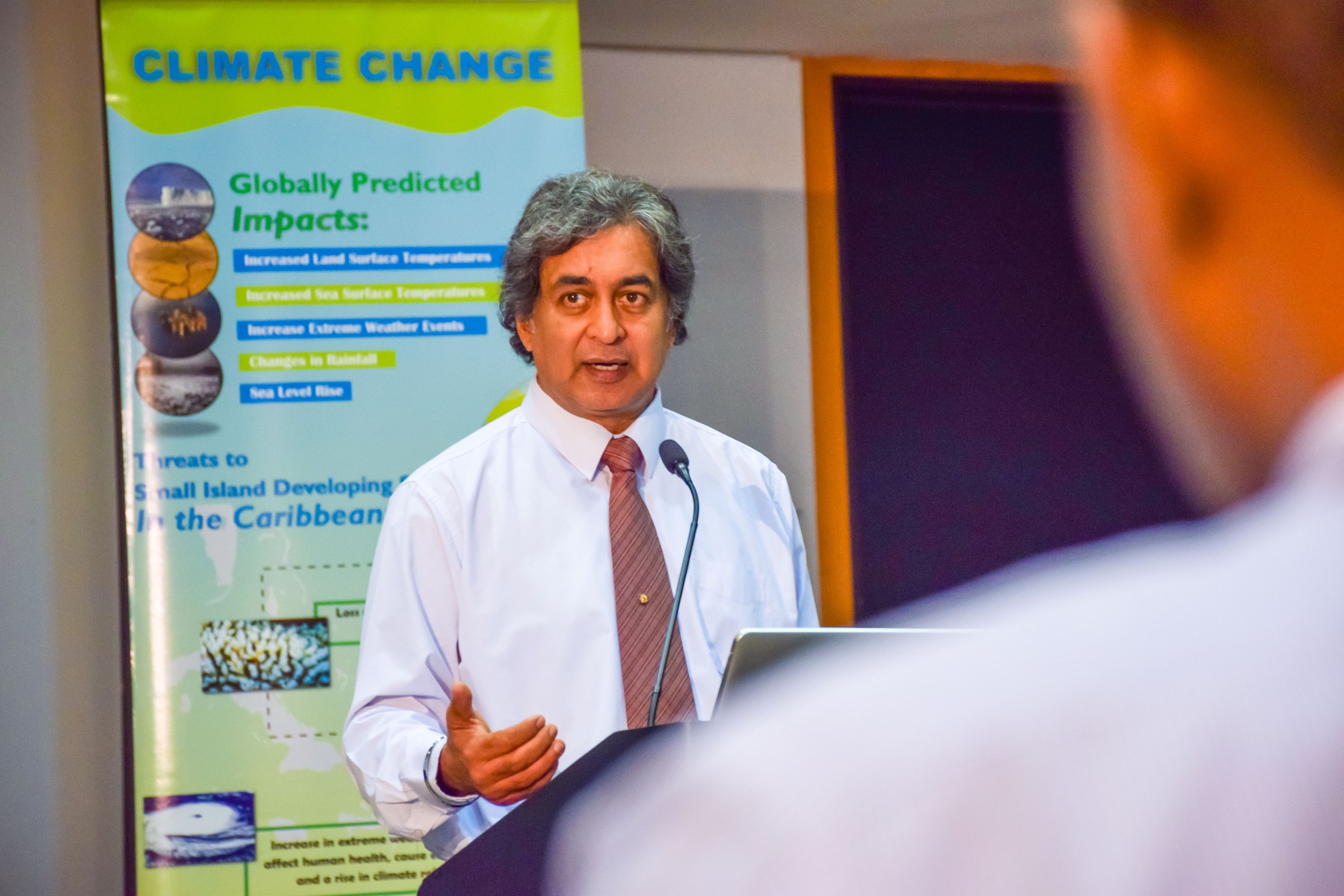 Some of the issues associated with the Paris Agreement include establishing the rules for carbon market mechanisms under Article 6 of the Agreement to ensure that there is an overall mitigation in greenhouse gas emissions at the global level, adequate share of proceeds (finance) from market mechanisms for adaptation efforts, and ensuring the integrity of mechanisms to avoid double counting of emissions reductions. Another key issue is that of the common timeframe for countries to submit their Nationally Determined Contributions (NDCs). It is important for there to be a common cycle for submission of NDCs to facilitate an understanding of the global mitigation efforts, the ease of tracking of emissions reductions towards meeting the temperature goal, and for countries to account for their commitments all at the same time. Issues related to transparency of reporting of NDC implementation were also discussed at the CCCCC Meeting.

To bolster the Region’s efforts regarding the global climate situation, Minister Robinson-Regis highlighted to her CARICOM colleagues, and urged them to take on board the issues and expectations of Trinidad and Tobago at the 26th Conference of the Parties:

–          That in spite of the challenges posed by the Covid-19 pandemic, the need for enhanced climate finance to facilitate green recovery is more critical now in addition to the finance needed for climate action in small island developing states. She stressed that setting ambitious global finance goals, along with commitments to fulfilling those goals to 2025 is an absolute imperative;

–          That it is critically important to settle the outstanding negotiations on the rules to operationalize the Paris Agreement, in particular, issues related to market mechanisms, common timeframes and transparency reporting. In this regard, she stressed:

Trinidad and Tobago is part of CARICOM’s formulation of a negotiating strategy on these issues as well as on closing the mitigation gap; closing the climate finance gap, and enhancing support for its members to implement their NDCs and National Adaptation Plans (NAPs). Issues relating to loss and damage also remain high on the Agenda as Small Island developing States (SIDS) are already experiencing losses and damages as a result of climate change. Minister Robinson-Regis reiterated the need for a successful outcome at COP 26 and pledged the full support and participation of Trinidad and Tobago to that end.

Once the majority of the population gets...