Argyle International Airport – The heart of Saint Vincent and the Grenadines

The heart of Saint Vincent and the Grenadines

Business View Caribbean interviews Corsel Robertson, Director of Airports at Government of Saint Vincent and the Grenadines, for our focus on Aviation

On Valentine’s Day in 2017, the people of Saint Vincent and the Grenadines received a special gift – the  opening of the new Argyle International Airport (AIA). Both beautiful and technologically savvy, the spacious facility is the island’s sole international airport, replacing the former ET Joshua airport located at Arnos Vale. It provides direct flight connection from Saint Vincent and the Grenadines to the U.S., Canada, Europe, and South America.

Business View Caribbean spoke with Mrs Corsel C. Robertson, Director of Airports at Government of Saint Vincent and the Grenadines, about ongoing operations and the impact of COVID-19 and the eruption of the La Soufriere volcano. Indeed, in the last many months, Robertson and her team at AIA have exemplified the meaning of the word ‘resiliency’. Her insights give us an exceptional insider’s view of airport life during these extraordinary times.

BVC: How would you describe AIA and its facilities?

Robertson: “The normal approach path is from the southeastern coast of the island and on that coastline you would see a beautifully laid-out runway. At that location is the Argyle International Airport that opened on Feb. 14, 2017. With respect to facilities here, we offer cargo services and ground-handling services. We have two terminals in one building. One is a domestic terminal because we are served by several Grenadine islands. We have just south of us, the first island of Bequia, and then there is Mustique Island, Canouan, and Union Island – all of which have small airports of their own – and there are many other smaller islands that are inhabited. Some of them are resorts. All of those airports are managed by Argyle International Airport Inc.” 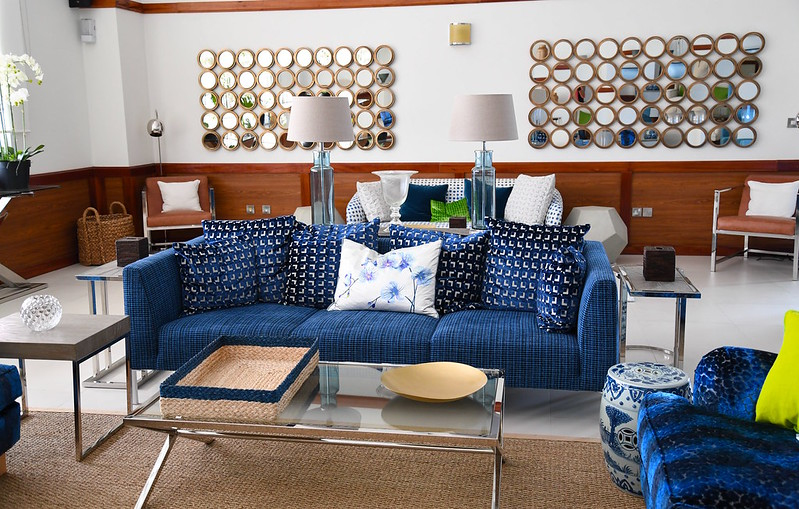 BVC: Which airlines operate through AIA?

Robertson: “Argyle International is our main gateway into Saint Vincent and the Grenadines, the only one that has the runway length (9,000 feet) capable of taking the bigger jets. Currently, our scheduled passenger service operators here include: LIAT; Caribbean Airlines; Air Canada (tentative during COVID-19); American Airlines; and InterCaribbean Airways. In our cargo services, we have schedules with Amerijet, DHL, and FedEx. There are also a few others that do inconsistent random charter services through here for cargo purposes with various freight forwarders.”

BVC: We hear you have some exciting news to report…

Robertson: “Yes, I have the pleasure of announcing that, as of Oct 13, 2021, we are having Virgin Atlantic Airways operating two services per week through Saint Vincent – on Wednesdays and on Sundays. It is a brand-new service and that has brought a great deal of delight to us!

“Our Ministry of Tourism, and the Tourism Department in particular, are responsible for the marketing of the Argyle Airport and they have been working with Virgin Atlantic Airways for quite some time. It will not only bring us more people but we also want to optimize opportunities to extend our Saint Vincent and the Grenadines market to the world.

“Virgin Atlantic will be our sixth scheduled operator and our first flight from Europe. Before that we only had Air Canada, American Airlines, and Caribbean Airlines, which went through New York. On top of that, we have the regional carriers and our locally-based and other regional charter operations. Of most important note, our local Saint Vincent and Grenadines Air (SVG Air) and One Caribbean Limited. In the case of SVG Air, they provide tremendous support in linking us with the Grenadines on a daily basis with morning and afternoon flights.”

BVC: How has COVID-19 impacted passenger and cargo operations?

Robertson: “At the onset of COVID, we saw a serious uptick in private charters because many folks who can afford it, say from Europe, were fleeing to the Caribbean to ride out the pandemic for what we assumed would just be a few months. So there was a significant increase in private operations in the main island of Saint Vincent, which is Argyle Airport, and at Canouan. But after awhile that phased out a bit and we more or less returned to the normal slowdown that has been so notable during COVID-19.

“For cargo operations, initially, we suffered from the same problem as many businesses – difficulties receiving cargo. But after awhile it picked back up and the flow is now relatively steady. Occasionally, we still have problems associated with the worldwide shipping shortage that has affected everyone. Items that would take three weeks in the past, now probably take six weeks and it’s going to cost you more. We have been affected by that and our local clients have been as well. People now have to pay more attention to the lead times that it will take them to get certain supplies. In terms of the volume of traffic passing through here however, the figure is almost steady when compared to 2019.”

BVC: Is cargo a division that you would like to grow?

Robertson: “Yes, our main focus in that area is export. There is an imbalance between our airport inbound and outbound cargo. Our outbound cargo – export – mainly caters to the agricultural industry. Fisheries and traditional agriculture are what we’re trying to promote.

“At the moment, the government has a joint venture project in place to develop a seafood processing plant. That plant is almost completed and expected to open soon. Part of that will be to export our seafood. Our territorial waters go quite far and therefore we have much opportunity in those areas. At the moment, we do have two seafood processing plants on the islands – one was in an area severely impacted by the volcanic eruption and that one was closed. However, the one in Bequia has been doing very well. We have been able to keep things going because we have diversified our focus during this threat to remain relevant and viable.” 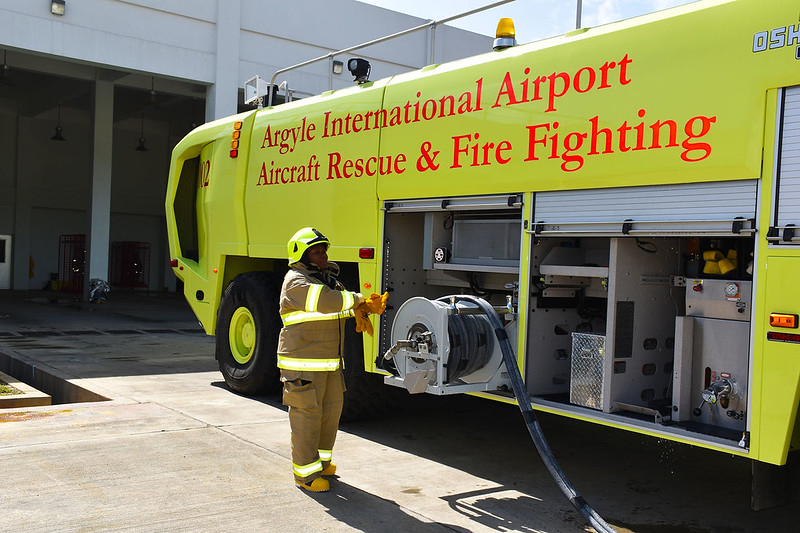 BVC: What makes AIA a great place to work?

Robertson: “We employ around 320 people and more than half of our team have been with us from the onset. What makes Argyle Airport a good place is because it’s special to the heart of many Vincentians. For many years we worked at the ET Joshua Airport, a smaller facility on the southwest coast of Saint Vincent that operated for about 60 years. We had our challenges because the location was landlocked on three sides, so there were many limitations to operations – which included having transcontinental flights because the runway was such that we had to take off in the wrong direction.

“For many people, just the thought of having a brand-new facility in a location where operation is smooth, safe, and easy makes this a big catch for us. And we’re an organization with much potential. We have an excellent team. Several departments are led by managers who have demonstrated once and again how capable they are. One case in point was when we had the explosive volcanic eruption on April 9, 2021. It was an extremely difficult period for us, because we were located in the green ‘safe’ zone’ and then when the eruptions started, we expected maybe some ash fall for a couple of days and then we’d go back to our normal life.

“But the force of the many eruptions was so severe that the airport was blanketed in ash. It was a gray mass, like snow. Before the eruption we had established and tested a clean-up plan. So we thought we were ready, until we saw the volume of ash. The first question that came to mind was: where would we put it? The presence of the ash in the vicinity of an airport is a hazard because it will blow back up into the air. So we brainstormed and came up with a cleanup plan that was extremely well executed – headed by our Building and Civil Engineer – and we were able to clean up the airport in about two weeks, by trucking the ash to nearby areas that were not in the wind.

“The first place we cleaned was the roof of the terminal building because the weight of the ash, if it got wet, could have led to collapse of the roof. A group of volunteer staff members climbed up on the roof and shovel by shovel and bucket by bucket removed the ash. That was repeated throughout the property. It was a tremendous example of what you can achieve when you work together as a team.”

BVC: Going forward, what would you like the airport to achieve?

Robertson: “I would like to see an expansion of retail and commercial businesses so our passengers have a wider variety to choose from. We are also having discussions with a company to establish a Fixed Base Operation in a new hangar here. That is something we’ve been dreaming about. As a company, we’d like to expand the airport in Bequia, and also do more work in Canouan and Union Island. Because we want to strengthen the links between those islands and Argyle and make those facilities more attractive to our upmarket clients, so we can create a better product for Saint Vincent and the Grenadines.”

What: The sole international airport on Saint Vincent and the Grenadines