Building a Sustainable and Climate Resilient Future for Cayman Islands 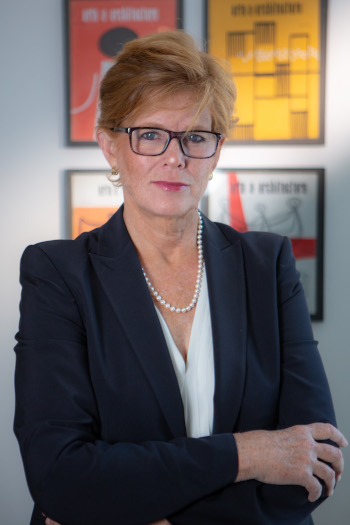 In 2022 the UN Intergovernmental Panel on Climate Change (IPCC) released an update to their Assessment Report outlining future risks and laying out options for mitigating those risks. In their findings, the IPCC emphasizes the fact that some climate impacts are already irreversible and at least one billion people worldwide are currently at risk of losing their homes due to climate extremes and changing environments. However, as property professionals there are steps we can take to reduce the climate impacts of our work as well as help our projects be more resilient to future environmental changes.

The Royal Institution of Chartered Surveyors (RICS) is a global body of 134,000 professionals working across many aspects of land, real estate, construction, and infrastructure. There are clear differences across global geographies, but there are also commonalities in our experience and practices. We all face different challenges according to our local markets. For example, Los Angeles, where I’ve lived and worked for over the past 45 years, has been experiencing more extreme heat and drought cycles over the past few decades, resulting in devastating fires and mudslides.

There are also longer-term impacts such as lessening snowfall at higher altitudes leading to shortages of drinking water and agricultural irrigation supplies. The Institute of the Environment and Sustainability at the University of California warns that we can expect these instances to intensify and it will be vital to rethink our patterns of urban settlement. We cannot design homes to resist 1100oC wildfire temperatures.

Looking more broadly, we see similar examples of communities around the world having to respond to such climate extremes and the influence of human activity on the natural environment.

In January, the Indonesian parliament approved a bill to relocate the capital from Jakarta to a new site, in part due to rising sea levels. The decision to move the capital is not something to take lightly and has implications for more than 10 million people who currently live in Jakarta, not to mention the estimated cost of the move in the region of $32 billion, or 2.5% of Indonesia’s GDP.

Cayman Islands, one of the world’s lowest-lying territories with an average elevation of just seven feet above sea level, is uniquely vulnerable to variations in ocean rise. NASA’s upper threshold projections for North Sound suggest that the territory’s average elevation could be surpassed in the next century. Imagine in 100 years Cayman Islands as a series of small atolls.

Even conservative estimates suggest significant human and economic impact from rising sea levels in Cayman in the coming decades. This mirrors worldwide trends, and research commissioned by RICS that has indicated many other coastal settlements around the world are vulnerable to such changes including Lagos, Tokyo, Dhaka, and Miami.

Add to these existing structural dynamics such as island supply-chain vulnerability, energy dependence, and the threat to eco-tourism revenue, and it is no surprise that we hear extremely mixed reports from local respondents to RICS’s economic sentiment surveys.

However, one of the most interesting insights I have read in the latest round of RICS research based in Cayman Islands was a unanimous agreement that there has been an increase in demand for flexible and local workspaces. This points to a keen desire to have access to urban spaces that are more than just cookie-cutter projects that meet a budgetary blueprint. These flexible workspaces mean shorter commutes, more efficient use of built assets, and a stronger sense of community.

A vital question is what professionals working in the built environment can do to help deliver the sustainable and resilient future for Cayman, and the wider world, that we all want to see. The first step is a mindset shift toward sustainability is a recognition of its role in creating societal and market resilience as a core business principle – not an optional extra.

Of course, we must not forget the scale of the challenge we face. Cities continue to consume 78% of the world’s resources and produce more than 60% of greenhouse gas emissions. We are also still on track to see two-thirds of the global population living in cities by 2050, with a $6.3 trillion investment needed to keep pace with urban development by 2030, according to the Organization for Economic Co-operation and Development (OECD).

These figures illustrate the centrality of built environment professionals to the management and mitigation of climate-related risk. The most recent RICS Sustainability Report and Addendum published around COP26 highlighted the gap between intent and deliverability on becoming more sustainable. In this survey, over 70% of construction sector respondents said they take no operational carbon measures across projects. 40% of those respondents further said that carbon measurement is not well understood; two-thirds said reducing waste is a priority, but only half saw demand increase for recycled/reused materials.

To support the sector in addressing its carbon output, RICS in a coalition with 49 globally prominent organizations, released International Cost Management Standards 3 (ICMS 3) – a world-first for cost and carbon management in infrastructure. With ICMS 3, for the first time, there is a globally consistent method for carbon life cycle reporting across construction projects, from buildings and bridges to ports and offshore structures. ICMS 3 will help efforts to decarbonize structures most cost-effectively – before construction starts.

Fortunately, in addition to ICMS 3, there is now a substantial body of insight, guidance, and resources that RICS professionals and others in the industry can draw on to build capability and help deliver a practical response to the great challenge that climate change presents. The RICS Redbook now includes guidance on incorporating sustainability and future risk into core property valuation methodologies. Inclusion of this risk assessment can help build a consistent database to help guide future development.

Beyond the tools of the profession, we must unify in our determination to implement strategies that increase resilience. Through informed government policy and prudent private investment, Cayman Islands are well on their way to becoming a model worldwide for how island nations can be prepared for change with a sustainable, circular economy.

However, the fact remains that sea levels will continue to rise, and more extreme weather events are likely to continue. Being able to source accurate data will allow government ministries to be much more intelligent about enacting public policy. New developments must be approved using a strict, analytical approach informed by environmental and not merely financial data.

Cayman must also ensure respect for and protection of important natural buffers such as reefs and mangroves that help resist the devastating effects of hurricanes. The ability to implement infrastructural solutions to land preservation, energy independence, and traffic reduction is a critical step to protecting vulnerable island nations. These solutions will not be inexpensive, but protecting the natural environment is key to Cayman’s economic health. This is an existential threat to the billions of dollars the tourist economy contributes. A declining environment leads to fewer visitors, less investment, and fewer resources to maintain the healthy, beautiful environment we cherish. The next generation should look forward to being Cayman’s caretakers, not fear the daunting task.

*The Royal Institution of Chartered Surveyors promotes and enforces the highest professional qualifications and standards in the development and management of land, real estate, construction and infrastructure. www.rics.org/north-america