An Epicenter of all things Carnival 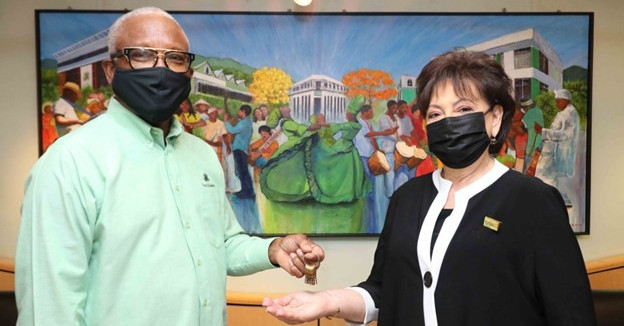 04th February, 2022: In a symbolic handover, the First Citizens Foundation (FCF) awarded the Trinidad and Tobago Carnival Museum (TTCM), a non-profit company, the use of its building located at 81 Charlotte Street, Port of Spain, as the epicenter for all things Carnival.

The Charlotte Street property is the original headquarters of the former Trinidad Cooperative Bank Limited (fondly and popularly known as the Penny Bank) which commenced its operations in 1914. In 2019, as part of the strategy to create a state-of-the-art shared services campus, the Group relocated its operations from within the building to a new facility. First Citizens chose to divest itself of the building and gifted it to the FCF to further its promotion of local culture, arts and other related charitable purposes.