YEA Encourages Entrepreneurs To Think Outside The Box 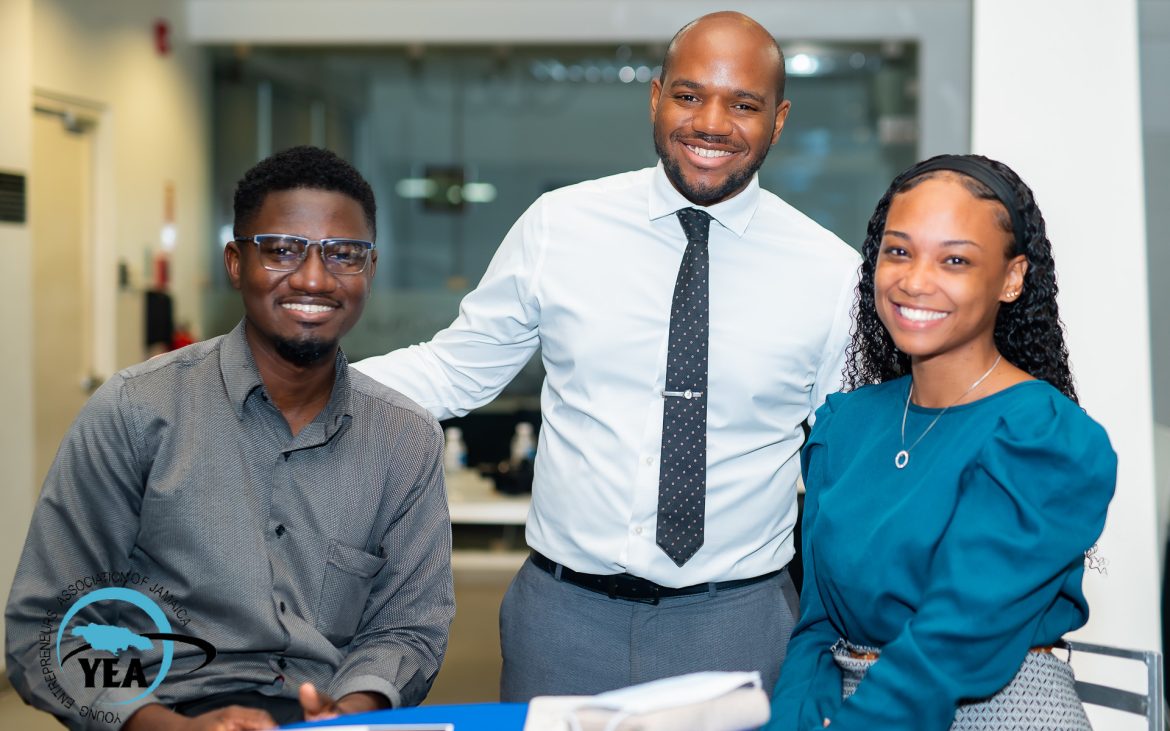 The Young Entrepreneurs Association (YEA) is urging business operators to find innovative and ‘out of the box’ ways to thrive. The call follows the devastation of hundreds of businesses in Jamaica due to the economic fallout caused by the pandemic.

The Association will be hosting a series of engagements that will provide opportunities for entrepreneurs to interact and explore opportunities for collaboration. The launch of the series, titled ‘Outside the Box’, took place on Thursday, April 28 in Kingston at the Oxford Road, ATL Automotive Audi Showroom. The event allowed in-person networking following a two year hiatus where all YEA activities were hosted online.

Guest speaker, CEO of ICreate and former YEA member, Tyrone Wilson, said it is important for entrepreneurs to not only think outside the box but to also collaborate for the good of the country. He suggested that as students of entrepreneurship, we must understand that every country has a unique crisis, adding that “what we need to do as a group is to have one singular focus, regardless of our business objectives, which is to make Jamaica resilient.” In underscoring the point he said, “Politicians do not build resilience as they mostly focus on policies. Resilience is built from the hard work of entrepreneurs.”

Wilson also emphasized that collaboration is the key to success. “These are the things we need to do in order to survive outside the box. It’s a lonely place. It’s not enough to only think outside the box but to survive. Yes, we can all compete, but we can also collaborate, and we have to do a lot of that in order to be successful,” he said. Meanwhile, echoing Wilson’s call for collaboration, CEO of Infinity Integrated Marketing Communications (Infinity IMC) and 2nd VP of the Young Entrepreneurs Association, Shanoy Coombs said many entrepreneurs, including herself, have benefited from the work of the association.

“YEA’s support of the local entrepreneurial landscape through initiatives such as this is commendable. Through the YEA, my own company, Infinity IMC has benefitted from several resources and opportunities to grow in the form of networking, collaboration, access to new markets, and generally being connected with like minded individuals with whom I can share the joys and struggles of the entrepreneurship journey,” she said.

Acting General Manager at ATL Automotive Group, Damien Kerr said Audi Jamaica is proud to be the title sponsor of the event highlighting that the theme ’Outside the Box’ aligns with Audi’s way of doing things. He said the brand has always led the way in industry-changing innovation and recent events have shown us that sticking to one way of doing business is a recipe for failure. “The way businesses operate is ever evolving, and change has become the only constant force. So how do we move forward? We push boundaries. We start to live in a world that exists outside the box,” he stressed.

YEA President Cordell Williams Graham said the public can expect the rollout of more activities in the coming months. “Our next mingle will be in August. We will also be kicking off our mentorship program this month to empower our registered members with more opportunities to grow personally, professionally, and commercially,” she added. She is encouraging anyone who is interested in being a part of these initiatives to reach out and become a member of the YEA network.

The ‘Outside the Box’ business mixer had a little over 100 entrepreneurs in attendance, primarily from Kingston and Saint Andrew, St. Catherine and St. Thomas. The Young Entrepreneurs Association is a volunteer-driven, not-for-profit and non-governmental organization that was established in 2006 under the auspices of the Jamaica Employers Federation. The organization focuses on building the capacity and capability of young entrepreneurs, 45 years old and under, to grow personally and professionally and take their business to the highest level.

Does your Business have an Intellectual Property...