Postal service on the island nation of Granada was established by the British in the 18th century, and until 1997, the Post Office served as a department within the Ministry of Communications and Works. That year, the government decided to decentralize it and created a new entity, the Grenada Postal Corporation, owned by the government and administered by a Board of Directors who report to the Ministry. 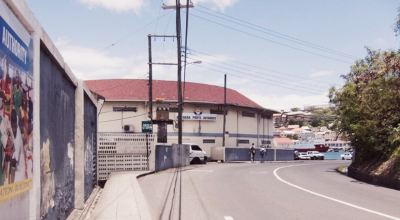 “Under our constitution, every citizen in the country has a right to communicate,” says Managing Director, Dr. Raphael C. Stephen. “The post office serves as the institution that serves the citizens and residents. The post office is used as a mechanism of communication and transportation of all sorts of information to, from, and within the country.”

Prior to 1997, all annual expenditures of the post office were part of Granada’s National Budget. Its new mandate it to make the post office a profitable enterprise, on its own. “There is no subvention from the government,” says Stephen. All capital investments must come from the corporation’s operating funds and at the end of every fiscal year, it needs to be held accountable for its expenses.

In order to move the Postal Corporation’s finances into the black, Stephen says that its structure had to be reorganized. Its staff of 147 was first cut back to 97 employees, and this past September, another 37 workers were let go. In addition, new profit-making services are being instituted, including e-banking, and e-money transactions – part of an upgrade of the corporation’s information and communications technology infrastructure. “The government intends to revolutionize the postal service by using a lot of ICT,” Stephen says. “It is going to have a revolutionized mechanism in place within the next 18 months. We are implementing new ICT software for tracking and identifying new locations. So, new personnel must be trained in the new facilities management of utilized ICT.” 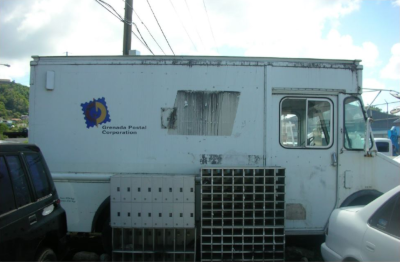 Also, the corporation is aiming to compete with the private courier companies, such as FedEx, UPS, and DHL. “The traditional postal system is very-well acquainted with the rural areas of the country,” Stephen explains. The corporation already has a postbox system in Miami and it intends to extend that system into the country. “We have a very large Diaspora who are returning to Grenada, building new homes, etc. They get regular small packages coming from the United States, the United Kingdom, Canada, and parts of the Caribbean. We are going to extend that service, especially in the rural areas where DHL and UPS and FedEx are not properly acquainted.”

Another new revenue stream will come from a service that reaches out to residents when their mail arrives. “For example, the senior citizens who have returned and who have retired want to receive traditional mail like their monthly magazines, etc.,” Stephen says. “We are providing an extra service – when their mail arrives, we contact them and by providing that service, they are paying for it.”

A four million dollar loan from the IMF (International Monetary Fund) and other lending institutions, as well as a renegotiation of its debt, incurred over previous administrations, has helped the Postal Corporation reorganize and restructure itself. But cutting staff, reducing wages, reducing energy costs, using less paper, etc., have also helped it turn a profit for the first time in years. “We are having a net profit that averages over $100,000 a month,” says Stephen. “So we are already in the black.”

“The government has taken a bold step to reform an institution which has been failing financially and was not providing a reliable service to improve the welfare of Grenadian citizens,” he says, summing up the repurposing of the Grenada Postal Corporation. “We want to make sure that we have an institution that can compete with the private sector in terms of delivery of service; we want to make sure that our workers have the capacity to be adaptable to any changes taking place within the courier system sector; and, finally, we are looking to the post office as a bridge to all key economic sectors and a place to help increase growth and production within the state. These are the three key endeavors the post office will be looking for within the short and medium term.”

WHO: The Grenada Postal Corporation

WHAT: The designated, public postal system for Grenada

Bob Marley Tapes to be Auctioned After...