Trinidad and Tobago – Ministry of Finance & the Economy 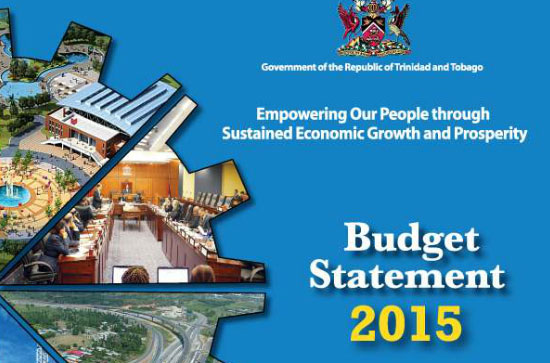 Trinidad and Tobago forecasting 1.9 percent real growth for 2014
Trinidad and Tobago’s economy continues to gain momentum and is expected to expand in real terms by 1.9 percent in calendar 2014, following growth of 1.7 percent in 2013. This outlook is premised on a projected 1.0 percent in the petroleum sector complimented by a 2.5 percent expansion in the non-petroleum sector. The services sub-sector, with 51.8 percent, continues to be the largest contributor to nonpetroleum GDP.

The energy sector is expected to record its second consecutive year of positive economic growth, with a smaller expansion of 1.0 percent in 2014, down from 1.6 percent in 2013 and reflecting expansions in the exploration and production, petrochemicals, service contractors and distribution sub-industries.

Headline inflation continued its downward trajectory in 2014, remaining at subdued levels year-on-year for the first six months of 2014 settling at 3.0 percent by June following some fluctuations earlier in the year. Core inflation remained relatively stable throughout the period, decreasing marginally to 2.5 percent in June from 2.6 percent in January. Year-on-year, headline inflation has remained at single digit levels for 23 consecutive months.

Unemployment edged up to 3.7 percent in the fourth quarter of fiscal 2013, from the previous historical low of 3.5 percent in the third quarter. In most industries, with the exception of construction; petroleum and gas; and wholesale and retail trade, restaurants and hotels, unemployment rates were below the national average.

With the subdued inflationary environment prevailing and the continued, albeit weakened, economic growth of the domestic economy, the Central Bank of Trinidad and Tobago maintained an accommodative monetary policy stance, in an attempt at boosting economic activity. While there has been a small pick-up in core inflation in the early months of 2014, Headline inflation has remained under 5 percent. During the nine-month period October 2013 to June 2014, the bank kept its main policy rate, the Repo rate, unchanged at 2.75 percent, while utilizing a number of liquidity management instruments in an attempt to contain the high liquidity levels. In response, commercial banks maintained both their basic prime lending rates and the interest rate on term loans at 7.5 percent in an effort to encourage borrowing. The weighted average deposit rate was also held constant at a subdued 0.2 percent over the period.

The composition of the growth in private sector credit has become more evenly distributed as business lending recovered in the first quarter of 2014 coming on the heels of 14 consecutive months of year-on-year declines. Business loans granted by the consolidated financial system rose 2.1 percent in March 2014 with the recovery in business lending being driven by strong loan growth to the distribution sector of 23.1 percent and the services sector of 7.9 percent.

Consumer credit by the consolidated financial system continue to expand by 5.8 percent on a year-on-year basis to March 2014, manifested by strong growth in housing related loans. Historically low mortgage rates continued to spur demand for real estate mortgage loans in 2014 with the supply of real estate mortgage loans granted by the consolidated financial system remaining in double-digit territory.

The Central Bank expanded its liquidity management framework in December 2013, increasing the borrowing limits under the Treasury Bills and Notes Acts. The Central Bank intensified its open market operations in April 2014 in an effort to contain liquidity in the domestic economy by removing $1.2 billion from the banking system through the issue of a $1.0 billion treasury bond in June 2013. Between October 2013 and April 2014, the bank rolled over three commercial banks’ fixed deposits (to the value of $5 billion) held by the Central Bank which matured during the period. Also, approximately $4.8 billion was indirectly removed from the system via the sale of US$750 million in the same seven-month period.

The Overall Balance of the Rest of the Non-Financial Public Sector recorded a deficit of $3,293.3 million for the first half of fiscal 2014 as compared to a surplus of $65.4 million for the same period of fiscal 2013. The operational deficits on the State Enterprises and Public Utilities accounts reflected the performance for the period.

Net Public Sector Debt is projected to increase by 10.7 percent from $70,929.5 million in fiscal 2013 to $78,494.7 million by the end of the current fiscal year. Net Public Sector Debt as a percentage of GDP is expected to increase by 3.3 percent from 40.4 percent in fiscal 2013 to 43.4 percent in fiscal 2014.
The Net Asset Value of the Heritage and Stabilisation Fund increased to US$ 5,563.3 million, at the end of the third quarter in fiscal 2014. The positive performance of the fund is due solely to gains from the investment portfolio of the Fund as no deposits were recorded for the period.

The Balance of Payments is projected to record a surplus of US$786.3 million in 2013, a vast improvement from the deficit of US$622.0 million for 2012. This surplus reflects the positive expansion in the external current account balance which improved by 173.7 percent due mainly to an improvement in the services account. The improvement in the deficit on the capital account recorded in 2012 was reversed as the deficit expanded by 14.3 percent to US$1,785.2 million.

The balance of visible trade declined by 33.0 percent over the period April 2013 to May 2014, as compared to the previous comparative period as exports declined and imports marginally expanded. However, the balance of trade excluding mineral fuels declined by 11.2 percent to TT$3,203.4 million for the period.

Trinidad and Tobago’s gross official reserves expanded by 11.0 percent to US$10,219.8 million at the end of July 2014, representing 12.0 months of prospective imports of goods and non-factor services.