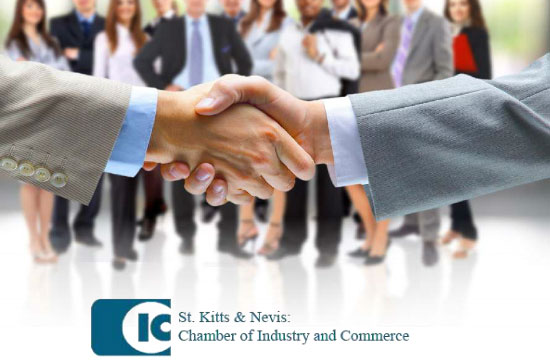 BUSINESS VIEW: Can you talk about the pros or cons, or both, of doing business in St. Kitts and Nevis? What are some of the unique characteristics there that are different than other places that are close by?

CALVIN CABLE: As Caribbean islands coming out of a British system, we almost all have the same module that we conduct – business. St. Kitts and Nevis, however, have a unique, what is called citizen by investment, program, which a lot of the other islands are now trying to copy. But this is one which allows investors spending in the vicinity of 400,000 U.S. dollars either in building retirement homes or getting involved in timeshares and large hotel-type properties to be granted citizenship of St. Kitts and Nevis. This has been attractive to a lot of persons from the Eastern-bloc countries and other destinations, which do not have ready access to the United States, Canada and Britain. Our passports allow easy access, so that is one of the most unique types of investments.

BV: How long has St. Kitts and Nevis had that program in place?

CABLE: This program was in place for about 20 years, but there were some modifications made to it. Previously, I think the levels of investment have been reduced and in some cases, we’ve increased fees. You can get that passport now even without the investment on the ground in terms of concrete.

BV: Can you talk about what sort of benefits do you get from offering that program and what sort of people choose to take advantage of it?

CABLE: The government gets a lot of revenue for the treasury and for what is considered the development fund, which is kept outside of the main treasury. So there is a lot of trading and job opportunities that are offered to young people who are unemployed, which are only possible because of this program.

BV: So the chamber doesn’t directly benefit, but it is enhancing the business climate, correct?

CABLE: It’s enhancing the business climate. It has increased the spending power of persons who have normally been unemployed and so it rebounds to the business community.

BV: Talk about the business climate now that the recession is in the rearview mirror?

CABLE: The business climate on these islands, since we import almost all of our food and all of our clothing, etc., is very much linked to the world economy. So, during the world recession in 2008 until, say, up to the present, we were in dire straits. We had low jobs, we had layoffs, businesses had low revenues, etc. We had all of the complaints that exist out there. However, at the present, because of what is called the sugar industry diversification fund – the income that comes from the citizenship process – that has been used to put former sugar workers into alternative jobs, etc. And we are now seeing the economy climbing out of this recession, perhaps better than the rest of the other areas of the Caribbean. We estimate a 3.5-percent growth in this year, and that started in the last half of last year. There’s been a gradual improvement because of the investment people are making in, as I said, holiday homes, timeshares and large hotel properties. There is also an upsurge in construction, and that employs quite a lot of young men. So, for the economy of St. Kitts and Nevis right now, the prognosis is good for the future.

BV: Ramping up the attractiveness of the tourism industry in the region is of great importance. Can you talk about that and how vital that is?

CABLE: We are all tiny land masses. We have no vast place where you can recognize agriculture, so the quality of foods are good, but the costs of production are high because they cannot be made into very large farms and mass producing any types of produce. However, tourism, because of the geography of the islands, is very attractive and everyone is looking towards tourism. We have some countries that do not have beautiful beaches, but have large mountain ranges and they are also now going into the eco-tourism, and places like Dominica, and Guyana, and St. Vincent are three examples of countries that are using eco-tourism as the way forward. Also, the others are sticking to the traditional tourism. However, sports tourism is another area that persons are looking at.

St. Kitts also has another very good income stream, which is education tourism. We have lots of Americans come here to offshore universities, especially in human medicine and veterinary medicine. St. Kitts has about four or five veterinary universities, with about 2,000 students, most from the United States, some from Canada, and another source, Nigerians. However, they leave here, they pre-qualify, and then they get access back into the United States quite easily as the reputation of these schools spreads. There are other islands St. Kitts is looking at, too, for medical tourism, where hospitals are thinking of setting up divisions down here. Some of them, like Trinidad, started in open-heart surgery. There’s an Indian group moving into the Turks and Caicos islands with a 2,000-bed hospital to do open-heart surgery for Americans that may have half the costs of mainland U.S. Sports tourism is also very important to us now.

BV: So, with the various different kinds of tourism that you pointed out, what improvements in the business climate is that going to provide as all of those grow and mature?

CABLE: You find that a number of local persons are diversifying into the allied trades around tourism, other than the crowd vending and so on. They are getting into spas and lots of different types of tours – you’re having mountain-type tours, you’re having different types of safaris, etc. And so, people are coming up with creative ideas, some are getting Caribbean animals into petting zoos and these are sometimes very attractive to families as they come off the ship. So, these are the kinds of areas that are being investigated by many persons. Even some from overseas are coming with these ideas. You might have heard of the zip lines and now these are in the Caribbean, too.

BV: Looking ahead five years, what do you want to have happen? What needs to happen to ensure the business climate and the health of the island?

CABLE: What needs to happen is that a lot of cognizance needs to be given to regulations. The island government does not have the kind of infrastructure to monitor a lot of the activities that have taken place. And therefore, we need to be ensured that our water supply remains stable, remains high quality and remains sustainable. Sustainable tourism has to be the watch word now, so that in five years time, we do not start to regret overuse of our land resources and marine resources, etc. But the potential is there for it to be a very massive type of expansion, and we could even double or triple the 2,000 or 1,500 rooms that we have on the island at the moment on the two islands.

BV: How important is an uptick in cruise tourism?
CABLE: It goes up by about 5 percent each year. And we have one jetty here where ships can dock, we take one ship on either side, and we are putting in a second, because right now, on some days, we have four cruise ships on the one day, and these are each with about 2,500-3,000 people aboard, and two of them would have to anchor away from the shore and you lose attention. So this second pier has been put in and this could lead to a massive upswing in cruise tourism.

BV: How much competition is there between St. Kitts and Nevis and other places? Are you all looking for the same people?

CABLE: Yes, we are looking for the same people. There is tremendous competition. However, the point is that, most visitors, once they become attached to one island, they tend to become repeat visitors.

In the yachting sector, you’d find that they, too, would want to spend a few days at one destination and move overnight and see another country, almost like a cruise ship. So in that respect, we can be complimentary. However, there is also that area, where some persons would want to leave their yachts in the winter, but the competition for that is down south. Trinidad, for example, never had a hurricane, so it’s becoming considered a very safe haven for yachts. Grenada, which is close by, has it. St. Lucia also has natural harbors. Antigua and St. Maarten, both of those are highly recognized tourism and yachting destinations. So we do have quite a bit of competition around us, but in terms of a blend of sun, sea and sand, with the mountainous climbing, and lots of history and indigenous types, the ex-sugar great houses that have been turned into inns, those appeal to a certain level of clientele and so, we do have some differences that make us unique.