Business View Caribbean profiles The Ministry of Industry – Barbados, a Ministry of the Government of Barbados

Historically, the economy of Barbados was dependent on agriculture – primarily sugar cane production – with as much as 60 percent of GDP (Gross Domestic Product) attributed to the sugar industry in the mid-1960s. Barbados gained its independence from Great Britain in 1966, and, since that time, successive national governments have developed a more diversified economy in order to facilitate the country’s sustainable development. 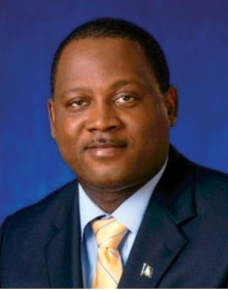 The Ministry of Industry, International Business, Commerce, and Small Business Development was created to encourage economic development and the improvement of the quality of life of the people of Barbados. According to its current Minister, The Honorable Donville O. Inniss, the Ministry covers all matters relating to industry and general business development, entrepreneurship, the protection of consumers, and the stimulation of foreign investment. “The Ministry sets the policy in the areas that it covers,” says Inniss. “We’re responsible for getting any legislation done, and we’re also responsible, in part, for some of the financing that takes place in the country. We have several state agencies that are involved in business facilitation and business environment work, as well as international business promotion.”

In the area of international business, Inniss points to the country’s strong economy, its low tax environment, its skilled workforce, and its world-class professional environment inclusive of legal, banking, and accounting services, as key incentives. “We’ve attracted businesses from Latin America, primarily, and from Canada that do business in Barbados in a global environment,” he states. “We have been able to grow business, in spite of the Recession, by creating new products – particularly in the insurance field and the overall tax system.”

Some of the country’s financial products that help attract international capital include: Incorporated Cell Companies (ICCs) which comprise incorporated cells as part of their legal corporate structure; Foundations, which are legal entities that have hybrid features of both a company and a trust; and four types of Trusts: International, Offshore, Domestic, and Private. “And these things help, not only to create new business opportunities, but also to safeguard Barbados’ reputation around the world as a well-regulated jurisdiction for business,” Inniss explains. 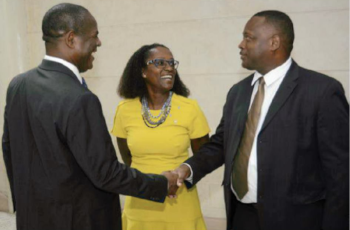 The Ministry is also empowered to help increase the island’s employment rate. “Our support of the manufacturing sector leads to job creation,” says Inniss. “The more we market Barbados as a place for foreign companies to do business, the more jobs we create. We have offices in the UK, Canada, and the US to promote Barbados. We also use social media and participate in conferences and missions around the world. And at home, we have regular engagement with the private sector, in particular, so that they’re aware of what we are doing. We also work closely with the private sector to help shape the policies so that it’s not a case of government superimposing its ideas on others but working in a collaborative manner.”

Another way that the Ministry helps the nation’s economy is by investing in local businesses, through grants and loans, as well as various tax incentives. “We focus on reducing the import rates of tax so that people who wish to import items in the manufacturing sector can find it less expensive to do business,” Inniss says. “And we’ve invested in many businesses here to re-tool so that they could increase their production. We’ve exposed some of our manufacturers to the latest in technology. And we’re weeks away from rolling out a new suite of incentives and policy guidelines for the small, micro, and medium enterprise sectors in Barbados to make them more competitive.” 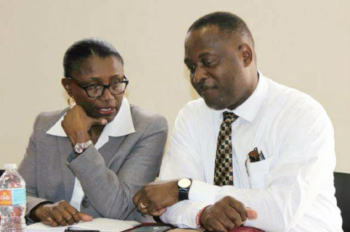 Inniss says that one of the Ministry’s goals is to increase the country’s export of goods by ten percent this year. “And we are on target to achieve that,” he asserts. “We’ve been able to take some of our manufacturers into new, emerging markets, such as Cuba and Guyana, and some islands in the Caribbean.”

Inniss says that moving forward, Barbados confronts some major challenges, both exogenous and endogenous. “On the exogenous side, we have uncertainty in the global market,” he states. “Because Barbados is a small, open economy, we are highly susceptible to whatever is happening around the world. So when oil prices go up, we feel immense pressure on our economy, as well, because of our dependency on imported oil. When there is a dampening in the economy, say of the UK, our tourism sector faces a challenge because most of our tourists come from the UK. On the international business side, a deep and prolonged economic recession affects the bottom line of businesses and that, by extension, affects the number of entities that would see Barbados as a jurisdiction of choice for global expansion. Those are things that we really have little control over.

“On the endogenous side – the internal side – our challenge remains in terms of our market size,” he continues. “Domestically, there are only 300,000 people, and there’s a limit to what we can produce for that market. We also have to drive up efficiencies in the public sector, the government side, so that those who interact with government can do so in a more timely and less costly manner – and that can have a real impact on businesses. We also are challenged in terms of the speed we roll out new policies and new initiatives, and last, but not least, is the issue of financing: sustainable and adequate financing for private enterprise to grow out. Those are the major external and internal challenges we face.”

Meanwhile, Minister Inniss stresses the advantages of his country, especially as a place where overseas companies can invest and prosper. “Barbados is open for business,” he declares. “Barbados is very much receptive to foreign, direct investment. We are an outward-looking country; we have highly-trained, quality workers and highly-educated people. There’s an excellent quality of life in the country and a pretty good flair of entrepreneurship. And, of course,” he adds, “a very stable democracy.”

Check out this handpicked feature on Autobusbedrijf Curaçao.

WHO: The Ministry of Industry, International Business, Commerce, and Small Business Development

WHAT: A Ministry of the Government of Barbados