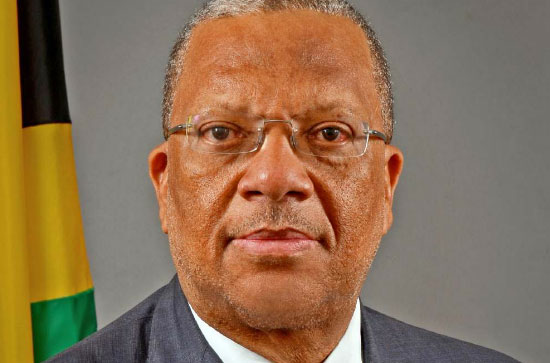 BUSINESS VIEW: I’ve gathered that the economy in Jamaica is tumultuous, but can you give me a sense, from your position, how you feel things are going? Where you are now, where you are going and where are you on your way to?

PETER PHILLIPS: First of all, I think that is in recovery – that’s the term that I would use, that an economic recovery is underway as part of a major economic reform program. Where we were in 2012, when the administration took office, was that the relations with the International Monetary Fund had been ruptured, because the standby agreement had gone off the rails, so to speak. There was no access to multilateral sources of finance from the World Bank and IDP. And, in fact, many bilateral sources, such as from the European Union, were also blocked because of the breakdown in the relationship with the International Monetary Fund. Our debt was in excess of 146 percent of GDP, measured by the debt to GDP ratio. The economy was stagnating, our reserves were falling, as a consequence of not having access to multilateral sources, and not having access either to global capital markets.

All of that has been reversed, as a consequence of the economic reform program and as a consequence of us securing an extended four-year fund facility agreement with the International Monetary Fund. It has involved major effort. We are in a substantial depreciation of the currency vis-à-vis the U.S. dollar, all is part of an effort to create greater levels of competitiveness in the economy. We have had to have wage restraint, exercised by the public workers, but those sacrifices have resulted in a reduction of the debt that now stands below 139 percent of the GDP and is trending downward. We have an overall target of getting to 97 percent debt to GDP by 2020 and we are on track for that. Growth has returned – we have been able to return to global capital markets. We have completed successfully five reviews and are undergoing the sixth. We are confident we will successfully complete the sixth review. And, our inflation is within target range. So, all told, there is a certain rebalancing of the economy to make it more competitive.

Our global competitiveness ranking following mid-tax reform efforts, following a lot of administrative reform to facilitate the ease of doing business – we have jumped in the World Bank global competitiveness rankings back up 36 places and all of that shows that the reform is underway. What we are focusing on now is trying to augment the rates of global growth as best we can and to facilitate levels of employment. I should mention also that unemployment numbers are down. So, is the pace as quick as we would want? It is within the program projection, but we certainly want to get more.

BUSINESS VIEW: We spoke recently with one of the people that’s on the Economic Programme Oversight Committee and we were talking a little bit about the workers population in the country and the necessity that there be some tangible sort of progress that they’re able to see, that pays off some of the sacrifices that they’ve had to make over the last several years. Do you feel that the population has seen what it needs to see in terms of progress?

PHILLIPS: Well, it depends on which sector you’re talking about. For example, the cane farmers participating in the sugar cane industry are getting some of the higher prices for their cane delivered to manufacturers. The coffee farmers who are selling to entities recently privatized are getting double the prices for their coffee. In the manufacturing sector, there’s still much press, because they face the pressure of high electricity rates and the electricity grid, and they’ve had a lot of adjustments to make, particularly those focused on the domestic market. Tourism is growing and tourism employment is expanding. So, yes, it’s still an uneven process. The process of outsourcing employment is also expanding.

What we want is to be at a faster rate and we want income derived at a faster rate, yes. But, I think if you look at the world economy as a whole, what we are seeing is still a very uneven growth dynamic in the world economy. Europe is flat, the United States is rebounding, but is only now rebounding with that still quite stagnant there, so overall, given where we are coming from, I think we are basically seeing some satisfaction. Would we want more? Yes, we want more, always want more, but we have to build upon it. I don’t think you’re going to turn around from 40 years of low growth rates averaging below 5 percent and the course of reform that is underway now for one year and a half, that you’re going to move from negative to 3, 4 percent in the course of one year. That defies the laws of gravity and of economics.

BUSINESS VIEW: A local article that you were quoted in indicated that one of the businesses, Red Stripe, is going to invest more in locally sourced materials. How important are things like that to both making sure progress is maintained and inspiring confidence?

PHILLIPS: I think those things are very important. We currently import about a billion dollars, U.S., annually of foodstuffs, and much of this represents inputs into the production process sourced from overseas. One of the things that we have been seeing is a greater impulse on the part of local companies, who produce things like animal feed, producing things like beer, to engage in productive activities, to source those supplies domestically. So, we’re seeing, for example, animal feed producers trying to replace their imported foodstuffs with locally grown sorghum, which they are growing and achieving yields similar to the yields in the U.S., in the Midwest. We are also seeing, as in the case of Red Stripe, where they are applying modern scientific agronomic techniques to the production of cassava to replace barley and they have been quadrupling or more the yields of cassava in Jamaica and they are, in fact, in the process of expanding their production, reaching to get up to 2,500 acres.

We have other companies looking to replace some of their imported wheat flour in the production of baked goods, for example, with cassava flour produced locally. So, all of these really represent very important development. At the same time, in traditional industries like sugar cane, we are seeing an effort to modernize production and in fact, to achieve levels of global competitiveness. There’s a hundred million dollar plus, and I’m talking U.S. dollars, modernization of sugar cane factories taking place, over 2 million factories, which will replace old plants and again, to increase competitiveness. All of this flows from the reforms that have been undertaken, flows from the adjustments and prices resulting from the currency depreciations. Those reforms are not complete, but we can take comfort from the fact that we are seeing these changes in the patents and major enterprises.

BUSINESS VIEW: One of the things our series wanted to touch on was are there certain companies that have led the turnaround, whose best practices have pulled in the right direction as far as economic progress goes? You mentioned Red Stripe, are there any others that have been particular examples of real approaches that are helping out?

PHILLIPS: Well, I would look at the Pan Caribbean Sugar doing some of the work that I mentioned in the sugar cane industry, Seprod and their producers out in their sugar production operations – they are doing a lot of those things. In the tourism sector, we have a number of new interests coming in – Hyatt is purchasing. We are seeing Moon Palace out of Mexico coming in and starting operations in Jamaica in the tourism sector. So, we are seeing activity in that regard. And, of course, there has been significant investment by Chinese interests. Pan Caribbean sugar is part of the COMPLANT group out of China. China Harbor Engineering Company is also here and they are engaging in major infrastructure investment towards road construction currently and these are very positive developments that we are seeing.

BUSINESS VIEW: Talk about the next steps. What kind of indicators are there that people on the outside ought to look at to be able to stay “OK, things are headed in the right direction because this happened or because this goal was met, or this sign of progress was made?”

PHILLIPS: I think the important lessons that we have learned from this all is first of all, that we have to maintain strict rules of fiscal discipline still, because it seems clear that the debt is still too high and that in itself constitutes a major impediment and deterrent to investment and investor confidence. So, that we will maintain prudent fiscal management and continue to trend the debt down, I think the message of Jamaica’s successful performance certainly caught the attention of not only the Fund, with whom we are overseeing the program implementation, but of the other multilaterals, to the World Bank.

The second major task is to ensure we continue to improve the environment for doing business, to improve our customs processing, our tax administration arrangements and to effectively coordinate our own major investment activities that are taking place in tourism and agriculture, important infrastructure, and these other areas. I mentioned the MSME and in particular, I want to mention that there are a number of proposals that are being in effect now for venture capital operations here in the country and that is reflective, particularly of a lot of international interests, of our paying attention to what is happening in Jamaica and that there are many proposals to establish venture capital funds in Jamaica, and we expect these venture capital funds to get active here in the 2015 year.

Another critical element is, of course, on energy and we are currently evaluating proposals and moving forward with proposals to install additional energy generating capacity in the country and more modern generating capacity and overall at reducing the cost of energy in the country, which is an essential element in the revival of the bauxite alumina and the mining sector and our manufacturing sector. These proposals are underway and the Noble Group, as you may know, has bought out Alcoa’s interest in one of the mining operations in Jamaica that operates in a partnership with the government of Jamaica, and they are proceeding as well to evaluate and install new energy solutions, as is the case with UC Rusal which also has mining interests in the bauxite alumina sector. And, so, energy is one of the other critical areas where we are seeing very strong investor interest and activity.