The East Caribbean Group of Companies

Invested in the islands

Business View Caribbean interviews representatives of the East Caribbean Group of Companies as part of our focus on best practices of St. Vincent businesses.

Situated just three miles west of the capital Kingstown, lies the Campden Park Industrial Estate – the island’s main manufacturing center. Its port acts primarily as a deep-water container terminal, but it also takes on much of the cargo business— flour, animal feeds, rice, aerated soft drinks, bottled water—supported by local factories, several of which happen to operate under one banner: that of the East Caribbean Group of Companies (ECGC). 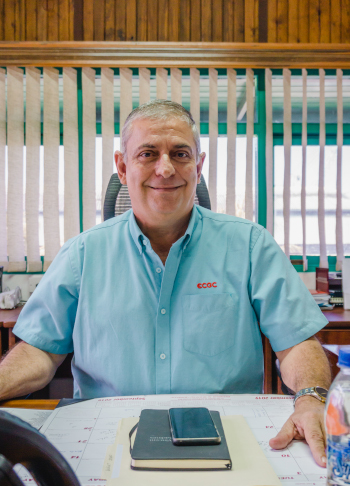 “We provide a very quick turnaround time by virtue of the fact that we’re situated so near to the port,” says Rachel Haslam, Marketing Manager for the ECGC. “The gate of the Campden Park Port is just meters away from ours. We can literally be packing containers as we watch the boat arrive.” With its Campden Park address facilitating the easy discharge of raw materials and the loading of finished products, the ECGC has become one of the leading manufacturers in the Caribbean region, with a healthy export trade to most of the neighboring islands between Jamaica to the north and Trinidad to the south.

“We have a main compound that houses the flour mill, feed mill, and rice warehouse,” Haslam explains. “Across the road, we have the compound that houses East Caribbean Bottlers Inc., our newest acquisition.” These facilities provide the anchor to which much of the hive of industrial activity and employment at the Campden Park industrial zone is tied.

One such facility is the East Caribbean Flour Mills (ECFM), which began operations in 1977 and was the first of the ECGC’s subsidiaries to open its doors. At the time, flour production was allocated to St. Vincent and the Grenadines under the Caribbean Common Market agreement. The Treaty of Chaguaramas, specifically article 56 (now article 164 of the Revised Treaty), provided protection for the sale of the St. Vincent flour in the OECS. This strategy was intended to resolve a number of issues that the small developing island economies were facing in competing with the More Developed Countries (MDC’s) of the region and the international market. Consequently, the ECFM was nicknamed the “Mill of the Islands” and it remained, for many years, the only flour mill in the OECS.

“We were the first ones to be interested in a flour milling business,” says Haslam. “There was a local entrepreneur called Philip Veira who had a successful hardware, supermarket and bakery and he had a vision of setting up a flour mill in St. Vincent. That was really the genesis of the company. He registered it and brought in the equipment, which sat here idle for a while, until he partnered with another local businessman, Rudolph Baynes, who was the agent for the Canadian company, Maple Leaf Mills. Mr. Baynes proposed a joint venture with Maple Leaf Mills, the Government of St. Vincent and the Grenadines, and Sir Philip. Nelson Flour and Purity Flour were being imported from Canada into St. Vincent then, and those are the brands that we got going with, along with the flagship brand Cream of the Islands and Easy Bake packaged flour. Today, the partnership remains the same: 40 percent Maple Leaf Mills out of Canada, 20 percent the Government of St. Vincent and the Grenadines, and 40 percent P.H. Veira Investments.” 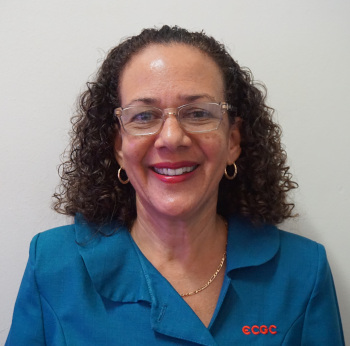 In 1981, the ECGC’s industrial operations diversified by way of a packaging plant that was acquired to meet the ECFM’S growing demand for 100-lb flour bags. In 1982, the ECGC invested in a feed mill to manufacture its own animal feeds. After that, it stepped sideways from wheat to rice, adding a state-of-the-art cargo rice milling facility — the East Caribbean Rice Mills (ECRM) — to its Campden Park location in 1988. With so much raw material being sourced from Guyana for the new rice mill, it wasn’t long before the ECGC sat in discussions with the Guyana government to purchase one of their local mills. In 1990, Caricom Rice Mills became their newest entity. Nearly two decades later, the ECGC obtained the assets of Bottlers (St. Vincent) Ltd. and became a manufacturer of aerated beverages, energy drinks, and bottled water. This latest acquisition takes the number of ECGC subsidiaries to six. “We have a five-to-ten-year plan in progress that includes new facilities,” says Elvis DeRiggs, Chief Executive Officer at the ECGC. “At the moment, we’re looking at alternative energies and improving our current facilities with efficiency upgrades.”

The company has earned a reputation in the OECS, not only as a “Producer of Choice” for the manufacturing and processing sectors, but as an “Employer of Choice” that gives importance to the overall development and well-being of its workers. “We have staff with us here that helped build this factory 42 years ago!” says Haslam. “People come and they tend not to leave because they’re treated very well. The company has, over the years, invested very heavily in its staff, recognizing that the success of the company is as a result of all the hard work put in.” Since 1999, ECGC offers financial assistance to the children of its employees, granting full scholarships and book allowances to those who have passed their Common Entrance/CPEA exams. “We don’t just talk the talk; we walk the walk,” Haslam continues. “You see it in everything that we do, from production to exports through to servicing the local market. It’s all very much a collaborative effort as a team!” Their motto has always been “Excellence through teamwork!” 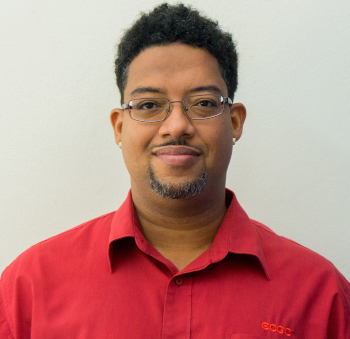 The ECGC arguably delivers an even greater social impact through its community support, working to build the islands that make up the OECS into more vibrant, resilient, and prosperous places. “Something that the company has prided itself on, over the years, has been our involvement with the people of St. Vincent and the Grenadines and with the other islands we serve,” says Haslam. “We take our corporate responsibility very seriously. Over the decades, we would have donated millions of dollars in cash and in-kind to a very wide cross-section of the community. We’ve built tennis and basketball courts, we’ve sponsored athletes; there’s no end to what the company has done and continues to do. Our Board mandates that we have this obligation and they are very much in support of it.”

The ECGC Foundation was envisioned by their recently retired Chief Executive Officer, Osmond Davy, who wanted to build a sustainable legacy for the company by establishing a charitable organization. It was incorporated in 2017, with the mission to create and enhance opportunities for education as well as improve healthcare and the welfare of less fortunate children and adults of St. Vincent and the Grenadines and the OECS. The foundation’s motto is, “Expanding opportunities, enriching lives.” In May of last year, the ECGC Foundation made the donation of EC$30,000—just over $11,000 USD—to the National Community Foundation to address problems of insufficient resources for education, food, housing and health in St. Lucia, proving itself engaged in philanthropic pursuits, particularly through community outreach programs. “We invest in the islands that we do business with,” says Haslam. “We’ve always done this!”

WHO: The East Caribbean Group of Companies

WHAT: An umbrella organization of food and beverage manufacturers and distributors

Screen Stars Ltd was established in 1989 as a Screen Printing company. In 1990 we expanded our operations to Advertising Specialties and Manufacturing Sewn Items and Uniforms. In 1998 we ventured into the Embroidery Market. In 2010 we acquired our very own Garment Factory, which has allowed us to supply Industrial Wear, Protective Wear, Hospital and Hospitality Apparel. Apart from being a major supplier locally, our products are exported regionally.