Business View Caribbean interviews Julius Timothy, Managing Director of A.C. Shillingford & Co. Ltd., for our focus on the Strength and Resilience of Dominica.

Well known for its legacy of commercial excellence and innovation in Dominica, A.C. Shillingford Co. Ltd. began as a drugstore in 1908 under the proprietorship of Mr. Arthur Shillingford. Through the years, the company has earned the moniker, “The Phoenix” because of its propensity to rise back up in spite of the disastrous winds of nature and financial turbulence. Today, A. C. Shillingford operates three busy supermarkets in the town of Roseau and one gas station. The company is also in the shipping business, as agent for King Ocean Services (an importer of goods, mostly, from the U.S.), and as an agent for New India Assurance Co. Trinidad & Tobago (T&T), Ltd., which provides all types of insurance for the people of Dominica.

The building where the company’s present-day, main office is located was first constructed in 1938 and housed a drugstore downstairs and an upstairs ballroom, where gentlemen could only enter wearing a tailored coat and tie. A lifelong entrepreneur, Mr. Shillingford owned both of those establishments, as well as some farming land. He was the first exporter from Dominica of bay oil (an extract of the bay tree used in perfume to hold the scent), and also exported lime juice all the way to South Africa, Australia, and England.

In 1969, Mr. Shillingford incorporated the business, so he could bring in other investors to expand the company. At the time, 51 percent of the shares were sold to a group of Englishmen, who sent their own manager to the island. According to A. C. Shillingford’s Managing Director, Julius Timothy, “They made a total mess of the operation, and the company went into receivership in 1976. Coopers & Lybrand were appointed the receivers and I was asked to come and take over the receivership. I was then working in the St. Lucia branch of Coopers & Lybrand. I said I would do it on one condition: that I could have a profit commission. I wanted it to be my business to turn around.”

Timothy did indeed set the business back on a solid footing. By 1982, all the debenture holders – the original shareholders at Bank of Canada and Barclay’s Bank – were paid off. “Then, I decided I was going to turn the company back to the owners because it was solvent once more,” says Timothy. “The Englishmen offered their 51 percent of shares to me and we made an arrangement to pay them over 15 years at 10 percent interest. I never had to dip my hand in my pocket because the dividends every year were enough to pay them.” Timothy is somewhat of a legend, himself, in the political history of Dominica, as the former Minister for Finance, Minister for Economic Development, and Minister for Health. He is now the Ambassador to Mexico, and recipient of the Sisserou Award of Honour for meritorious service – the second highest national award in the country.

On the evening of Sept. 18, 2017, Hurricane Maria walloped Dominica with 160-mph winds, damaging or destroying the roofs of an estimated 90 percent of buildings, and toppling power lines and some of the strongest, oldest trees in the forests. Having been at home on the island when the hurricane came through, Timothy shares a poignant, firsthand tale of riding out the storm, and the challenges of getting A. C. Shillingford & Co. back up and running as soon as possible, in order to help the people of Dominica.

“Well, the storm affected the whole island,” he begins. “We have never seen anything like it before. I remember hurricane David in 1979, when the northern half of the island was spared and the southern half really took a pounding. But this one, the entire island was gripped as if by an octopus and pounded. My main house where I lived, the roof had gone. Unfortunately, the floor was wooden, and downstairs, where I sheltered from the hurricane, the water came in and we couldn’t really use the house, afterwards. So, I lived for a week in my laundry room in the yard – fortunately, because it was low down, it was clear from the hurricane. Within about four days, my builder and some agricultural workers came and decided to cover up my house in such a way that I could live there until after the insurance money came through and we were able to fix it up properly.

“The business was also well-insured. However, we had some problems with looting, and insurances do not cover that, but all of the businesses are back up and running. In fact, we were the very first business in Dominica to be back, totally, after the storm. That’s important because we provide a lot of necessary items for people. Looters got into our supermarket in the north, but fortunately the police came to get me, and my son, and I stayed there. We literally had to give away everything from the store because there were so many people outside begging for this and begging for that. And of course you don’t have staff; there’s no power; there’s no way of selling. So, we covered up the alcohol and gave away most of the other stuff. In that very store, a river from the capital had gone right through, and it was just a mess.

“The main store, some people did break in. Fortunately again, the police came and were really securing that store for us and most of the goods in there remained. We did have to organize a giveaway at our store in the south, where we had most of the storm – three containers of frozen goods were given away because there was no electricity. After about a week, we reopened the gas station there and were able to sell gas. Our main store in the town was open within about a week and a half. We got a big generator and started operating from there. But there was no product in for a while because the port was out of service.

“In our insurance department, one of the problems we had was everyone was asking “What are we going to do?” A lot of water had entered our main building, so we had to organize in the building next door to give customers claim forms, and then have the adjustors go out and assess people’s property. That started about three weeks after the hurricane. Also within that time, we had our shipping department back on. So within a month, we were doing business again. But it wasn’t easy; the banks were closed, as well. We had all the fun you could think of.

“Today, most of the people on the island are back and the businesses, by and large, are up and running. Those homeowners who were insured got their monies and started repairing, but obviously we did not have enough labor to do that. Some people came from other islands (St. Lucia, Jamaica, etc.) looking for work; carpenters, and masons, and so on. Much of the work has been done, but a lot of the houses that were underinsured are still not repaired. And some major hotels haven’t been touched. Since the hurricane, we have built a guesthouse at our store in the north. We took some of the insurance money we got from the property and reorganized the business. Downstairs is the supermarket and upstairs is an eight-room guesthouse. So, now I’m in the tourism/hospitality business, as well. You see, the hotels and a lot of the guesthouses took a pounding, and all the relief workers who came to Dominica right after the hurricane had nowhere to stay. There was a demand for rooms and that’s why we set up the guesthouse and did quite good. In fact, I have bought the property next door with the intention of constructing more rooms, at some point,  because it could be a very profitable venture.” 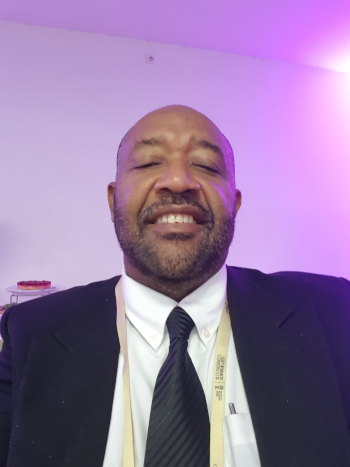 A. C. Shillingford has developed some long and valuable relationships. Of particular note: King Ocean from Florida. Soon after the hurricane, they began supplying Dominica regularly with goods and continue, today. As their agents in Dominica, A. C. Shillingford & Co. have done well with them; and also as agents of New India Assurance Co. (T&T) Ltd. Customers like the way they are treated by both companies. Timothy adds, “Our petrol station – Rubis – is also important to our company. We were the first station to open in Dominica after the storm and they really worked with us. During the post-hurricane supply periods, when there was a curfew, I used to take my vehicle and escort them through the roadblocks, because everybody knows me and the police respect me and I had no difficulty getting through.”

Looking to the future, Timothy would like to expand the guesthouse from eight rooms to a 30-room hotel. “I have already bought the land next to the main headquarters and would like to build a nice modern structure with all the amenities. And next to the outlet in the south, where we have the gas station and a small market, we want to build a restaurant.

“The most important point is that A.C. Shillingford & Co. has lasted since 1908. The business is actually named “The Phoenix” because it rises up. We’re probably the only business in the Eastern Caribbean that has gone into receivership, and nearly bankruptcy, and emerged again. All the others just died. And then, from 1995 to December 1999, while I was in government, I had left the business for someone else to run and we lost $2 million. I came back in 2000 and had to revive the business again; bringing in Mr. Dexter Ducray as General Manager, and he is a good man to have. Nothing keeps us down, even hurricanes. We will continue to survive and thrive to serve the wonderful people of Dominica.”