The Bryden’s Group operates in a wide array of industries, supported by state-of-the-art warehousing and Distribution Centres. Headquartered in Tunapuna, Trinidad, Bryden pi Limited (Bpi) is a fully owned subsidiary of the Bryden Group that began expanding operations across the Caribbean several years ago. It was a good strategic growth move at the time, but it became especially valuable when COVID-19 hit, leaving it well positioned for the changes that have come in the wake of the pandemic. 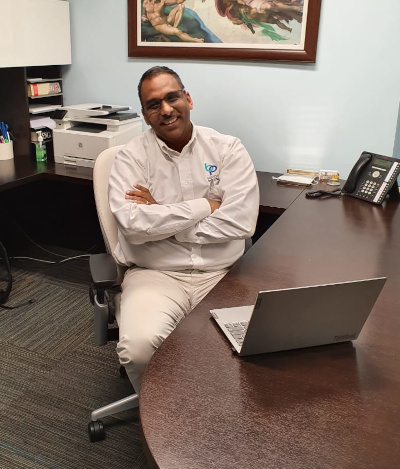 ““The world woke up and realized that people could no longer travel as we used to,” recalls Barry Tangwell, Managing Director for Bryden pi Limited. “Where a lot of companies used to have reps come into these markets, that could no longer happen, so what we were able to do was really position ourselves as a Caribbean solution – thanks to the foresight of our leadership at the time.”

Bryden pi has also leveraged its business development and logistics capabilities to distribute its own private label brands. Demand for one product in particular has skyrocketed over the last year. “Interestingly enough, one of our biggest selling products now is hand sanitizers,” Tangwell reports. “As you can imagine we can’t produce enough. I mean it’s crazy. Our volume… we now have that plant almost working 24/7 just to develop products to sell. So it was a very timely investment that has paid dividends for us now because we source alcohol from the local distillery.”

The company’s success comes from a culture that values people’s happiness, teamwork, doing the right thing and constantly looking for a better way. And in a business that depends on partnerships, happy people that work well together while striving for improvement has been an invaluable asset.

The newly formed company took its first step toward developing a larger Caribbean footprint through the purchase of a Lasco holding distribution company in Barbados and tried to run it from Trinidad. That endeavor turned out to be a valuable learning experience for the company. “It was a horrible failure,” Tangwell admits. “And one of the key things from there is that in these islands, while we might have the knowledge and the knowhow, what we needed was a real presence on the ground to navigate little things with government and market nuances.”

That lesson paid off just a few years later, when Bryden pi Limited expanded to Guyana. It took a while, but the company found a local partner that led to a joint venture called Bpi Guyana Inc. This entity has been a huge success since it was created just over three years ago. In addition, Bryden pi Limited purchased a small, over-the-counter pharmaceutical manufacturing plant in 2014. Now known as Bpi Genethics Limited, that’s where the company’s hand sanitizer and other OTC are manufactured.

This expansion into private label brands and into markets across the Caribbean comes from a realization that the company must adapt and change the traditional “Distributional Model” in order to continue growing. Setting up a regional footprint grows Bpi’s customer base from an island of about 1.5 million people to many millions across multiple islands. Tangwell explains, “The big, global customers can say, ‘Now rather than me having 13 distributors on these little dots of islands, I can now have one guy who will facilitate all my needs. I just have one payment’. They can actually reduce their resources, and achieve better efficiencies, which is something all businesses continually seek. And then this ‘one guy’ can do everything for them.”

Investing in private label brands makes Bryden pi Limited’s expansion opportunities virtually limitless. The company can decide where it wants to distribute those products, instead of being bound to a limited territory of responsibility. Being involved in different business sectors has provided another advantage for Bpi. It allows the company to leverage strengths from one area into another. “For instance, on the pharmaceutical side, it’s a very rigid sort of structure where, because of the nature of the goods, you have to have very, very good quality systems in place to manage product recalls, to manage traceability and so on,” Tangwell says. “And because of that strength, and because of the partners we play with, we are able to leverage that on our consumer side, which may not be as stringent but still it helps in terms of the way we do business.”

Conversely, thinking from the consumer marketer side is used to enhance the health care side of the company. Looking for new ways of doing things is embedded in the culture of Bryden pi Limited. The previous Managing Director had always prided himself on being able to go into a salesroom and understand the pulse of the business. He wore multiple hats and was on a first-name basis with every employee. That sense of closeness has been maintained, even as the company expanded into multiple countries and grew to about 400 employees, by putting people first.

“So our mantra is really happy people, enhancing lives, with a service to exceed expectations,” Tangwell reports. “And we have a very simple value system, which is: People come first, we win only as a team, there’s always a better way, and we always do the right thing. And one of the things we want to add to that now is customer obsession. Because years ago, business training would have said ‘we are here to maximize shareholder value,’ and that’s all that drove us. And when you look at 21st Century management, those things are really the end, but there’s a means behind the end. In other words, if we are customer obsessed, and we follow through on doing all of those things, all the right drivers, shareholder value is a fallout of those things.” Maintaining that approach can be difficult, especially when new people from other corporate environments join the company. That’s why Bryden pi has done training on what makes people happy.

The company’s commitment to people extends beyond its own employees. It has adopted an orphanage and a homeless shelter, helping to fix infrastructure within the communities in which they operate. Sustainability efforts include the creation of a recycling program and the installation of energy efficient LED light fixtures in its facilities. About four years ago, when a major rain event caused flooding in Trinidad and displaced people from their homes, Bryden pi created something called the iLUV Fund – a wonderful program that continues to this day. Employees can donate to it each month. The company matches those donations and the money is used to help employees in need.

While those charitable efforts may not seem like essential business operations to some, the team at Bryden pi feel they’re part of a larger philosophy that has helped the company thrive. “Our culture measures two things: Results and living the values,” says Tangwell. “Other things are of lesser importance to us. So we’re very flexible in terms of time, in terms of dress, in terms of all of these kinds of things because we recognize, at the end of the day, that the drivers and having people happily engaging those drivers are important to us. And it has been, to me, single handedly one of the most successful things in the company’s growth all these years. At the end of it all, despite the very volatile and uncertain times, we have been fortunate to enjoy consistent growth throughout the years and we have a highly optimistic outlook for the future.”

Gorham’s Ltd – Your one stop saving...

Introducing The New Star Of “Taste Of...

Countries of Latin America and the Caribbean...