Independence Agencies Limited (IAL) is an import distribution trading company in Grenada. It was established in 1973 by C.K. Ralph Sylvester. “My father was in the distribution business, managing another import company in Grenada,” says Ken Sylvester, C.K.’s son and the company’s current Managing Director. “He decided that he wanted to go on his own. So he contacted me – at the time, I was in Trinidad, working in the oil fields – and told me he wanted me to come back to Grenada to start the business with him. So I did.” Father and son were soon joined by Richard Smith, who drove a small van, selling the new company’s products to small retail outlets around the island. 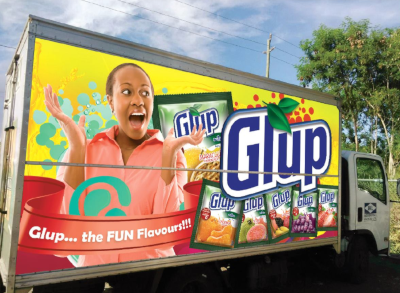 By 1974, the company had already outgrown its small space and moved to a larger location; it moved again in 1980. “In 1988, we bought a facility that used to be a cinema and we converted it into an office and warehouse,” Sylvester recounts. “In 1995, we bought another building which we turned into a cash-and-carry.” By the end of that year, the company constructed yet another warehouse building which was used to store additional stock that no longer could fit in the head office location in St. George’s. In September 2004, that building was destroyed by Hurricane Ivan and the entire operation had to be relocated to the cash-and-carry operation – C.K.’s Super Valu. A new head office was constructed two years later and was added onto the warehouse building. Today, the company has 78 employees who work out of both locations.

Independence Agencies products range from frozen, to chilled, to dry foods, beverages, grocery items, cleaning products and supplies, automotive and outboard oils, and health and beauty items. “Everything that you would find in a supermarket other than the perishables,” says Sylvester. “Our customer base is islandwide because we service all the supermarkets, wholesalers, retailers, mini-markets, hotels, and restaurants, and we also have vehicles that go around the island that will sell to the mom-and-pop shops. So, we cover the entire island.”

IAL’s products come from all around the world – the U.S., Canada, the Netherlands, New Zealand, Thailand – as well as from the Caribbean region – Barbados, Trinidad, Guyana, and St. Lucia. The company also acts as a manufacturers’ representative with exclusive rights to distribute many well-known brands. “For example, we have the contract for Kraft Foods from the U.S.,” says Sylvester. “They make ketchup and Wesson Oil. We also represent Cantina out of the Netherlands. There’s Drummond in Canada for meat, beans, and salted fish; cheese from Fonterra in New Zealand, as well as other suppliers from the region like El Dorado Rum from Guyana. We are the only people who import these brands into the island and distribute them.”

In 2002, Independence Agencies was approached by Goddard Enterprises of Barbados, a much larger distribution network in the Caribbean, with an offer to buy it. Sylvester says that he and his father initially refused the offer, but, in the end, they decided to sell 51 percent of the company’s shares with the agreement that it would still be run by the family in Grenada. “Goddard has companies in Barbados, Jamaica, St. Lucia, Trinidad, Antigua, and St. Vincent and is well-known in the region,” Sylvester explains. “So, the advantage in going with them is that we became recognized by many new suppliers who approached us when we mentioned that we were part of the Goddard Group. So, that was a good relationship to have. And when we got involved with Goddard Enterprises, that was when we became more professional, because they’re a big corporation in the region and they brought on board things that we were not doing, for instance, increasing the size of our accounting department for more accountability. We knew better where we were going, what we were doing, and how and where we could improve.” 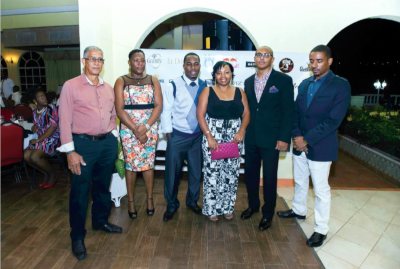 Last year, the company entered into yet another arrangement with an even larger distribution network, when Goddard Enterprises and Agostini Limited of Trinidad combined their holdings and created Caribbean Distribution Partners Ltd., which is now made up of Hanschell Inniss Limited of Barbados, Peter & Company Ltd. of St. Lucia, Coreas Distribution Ltd. of St. Vincent, Hand Arnold Trinidad Ltd., Facey Trading Ltd. of Barbados, Desinco Ltd. of Guyana, and Independence Agencies Ltd. of Grenada. “Agostini gained some of the products that we were carrying, and we gained some of the products Agostini was carrying,” says Sylvester. “That gave us a little more clout and a few more products to carry. And, so far, that has been going well. It’s one of the reasons we are expanding our warehouse, right now, because we’ve run out of space.”

Because of the recent merger, Sylvester says that another one of his company’s projects have been put on temporary hold. “We bought property with the intention to build a shopping plaza, where we will have our own cash-and-carry outlet, which will be a bit larger than the one we have right now, and we would also lease out properties,” he states. “We do have those plans, but we haven’t done anything yet to start it, because, at present, we are still increasing the size of our warehouse. Hopefully within maybe five years or so, we might start our shopping plaza.”

Meanwhile the small, family company that began with only three employees and one small van continues to grow and expand while still serving its many satisfied customers on the islands of Grenada, Carriacou, and Petit Martinique.

Check out this handpicked feature on FosRich Company Ltd. of Jamaica.

WHAT: An import distribution trading company 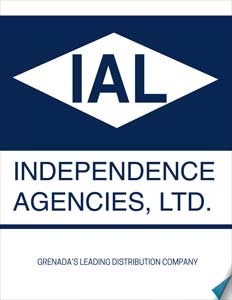