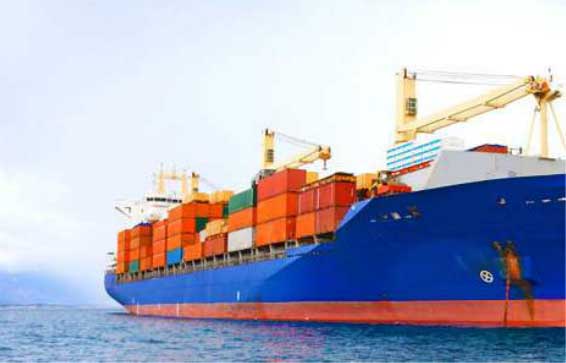 Serving the shipping industry in Jamaica and beyond

Maritime & Transport Services Limited (MTS) was incorporated in 1966, by Hilton Clarke and his sister, Daphne. According to Kim, Hilton’s son, who is the company’s managing director, they had been working for many years at a stevedoring operation called A.E. Parnell & Co. Founded in 1946, Parnell’s company was one of the largest stevedoring businesses in Kingston, loading and unloading ships of all sizes, with various types of cargo, coming from, and going to, seaports all around the world. “When Mr. Parnell passed away, they bought the company and ran it, continuing the stevedoring aspect of the business,” says Clarke. “But they both thought it would be good to expand and diversify, so they opened Maritime & Transport as a shipping agency.”

In the international transport chain, a shipping agency is the designated company held responsible for handling shipments and cargo, as well as the general interests of the shipping company, or principal, conveying the goods. According to the Federation of National Associations of Ship Brokers and Agents, a shipping agency acts as the principal’s local representative. And, as such, it must be “fully conversant with all the appropriate regulations and requirements relating to the port in which it operates, have a wide range of relevant contacts, and be sufficiently well-established to be able to provide the level of service and support the principal needs. The port agent is central to all trades and is responsible for organizing, overseeing, and coordinating all aspects of the port call, from booking berth allocations and services ahead of the vessel’s arrival to finalizing the accounts and other paperwork after the vessel has sailed.”

Since the agent is the one who hires the stevedoring services, among other responsibilities, in becoming a shipping agency, Maritime & Transport now could pull double-duty and more. “That way, they added value to the principal by becoming a key service provider,” explains Clarke. That evolutionary dynamic has persisted to this day. “We’ve continued along that same line of diversifying and going through the cargo chain,” he adds. In fact, over the years, MTS has expanded its services across the shipping sector, proving that when it comes to the maritime industry in Jamaica, there is nothing “limited” about this company’s ability to respond to its customers’ needs.
As a port agency, MTS services all public seaports in Jamaica, and is the exclusive agent at several privately-owned docks that handle specific cargo for a particular owner. They include: Port Kaiser, Alligator Pond owned by Alumina Partners of Jamaica; Rocky Point, Salt River owned by Alcoa Minerals of Jamaica; OldHarbourBay owned by Jamaica Energy Partners; and Reynolds Pier, Ocho Rios owned by the Jamaica Bauxite Mining Company.

“We handle exports of alumina and bauxite, so we’re very strong in that field. We handle dry bulk vessels that are coming in to load bauxite and alumina and limestone for export. We also handle liquid bulk, which are the petroleum products that are coming into Jamaica for consumption on the island. Those range from the local oil refinery and the local bauxite refineries here that we have a relationship with, to the ship owners overseas that will be coming to pick up the cargo or deliver the cargo into Jamaica.”

Clarke enumerates the many other roles that MTS has taken on over time: “We’ve gone into ship brokerage, where we would go and find a vessel for somebody who has the cargo to put the cargo on that vessel. We’ve gone so far as to become a principal, ourselves – owning small boats that handle the pilot duties and service launches, supplying vessels that are at the anchorage with transportation, carrying crew members or service technicians from shore to vessel and vice versa. We’ve gone into bunkering, which is the refueling of vessels that pass Jamaica. We’ve gone into custom brokerage, which is the clearance of the cargo after it arrives on the island, as well as freight-forwarding, which is exporting the cargo from Jamaica to other islands. We’ve gone into warehousing for our clients, storing goods and delivering them when they need them.”

The benefits of being a modern, one-stop-shop operation accrue both to MTS, as well as to the companies it services because it makes it easier for those customers to do business in a more cost-efficient way. Clarke explains: “We run a full service for our clients. Sometimes people are focused on just one aspect in shipping, while there are many different aspects and many different ways adding value while being profitable; many different revenue streams that you can take advantage of. And we try to do everything for our client, so our client doesn’t have to come to us and then go to somebody else, or a third or fourth party, to get the same thing done that they can come to our group for.”
MTS also performs third-party logistics; exhibiting how the company will, literally, go the extra mile for a business partner: “One client that we have – Payless Shoe Stores – import shoes into Jamaica. We will custom-clear them, receive them into our warehouse, and store them. We will then get orders from each store and take those orders off the shelves in our warehouse, pack them into our truck, and deliver them to each store, island- wide. So we’ve gone into warehousing, trucking – we execute the entire logistic chain of moving cargo from overseas to its final destination in Jamaica.”

MTS employs over 200 people on the island. “We are based in Kingston, and we have full-time offices in Kingston and Montego Bay,” says Clarke. “We have what’s called operational offices where we only attend when a vessel is in port, and those would be in Port Kaiser, Rocky Point, Ocho Rios, and Discovery Bay. We also have opened up offices in Trinidad and Barbados. In Trinidad, we have two operations that are set up now – both based off of the functions that we do in Jamaica. In Trinidad, we have a little over a hundred employees. In Barbados we’re not that established, as yet. We’ve invested with a partner, there, and we have about ten people in Barbados. But we work cargo in each country. So we not only operate in Jamaica, but we now stretch across the Caribbean – and we hope to keep building a Caribbean network.”

As if the MTS Group wasn’t busy enough, Clarke reveals that there are other business ventures he would like to see the company embark upon, one of which is ship repair. “That is something that we hope to achieve before 2020 – to have a floating dock which would be a barge able to lift vessels out of the water to do repairs and maintenance on. Right now, small, recreational vessels are dry-docked. We’re hoping to do it with larger vessels that carry cargo.” In addition, Clarke admits that he has always wanted to get into air transport, but, as yet, has not been able to “break into that market.”

Clarke believes that the infrastructure of Jamaican ports is “first-class,” with some of the best facilities south of Miami, Florida. And in order to keep its standards high, its ports are constantly being improved and upgraded. Even so, to some, Jamaica doesn’t have a first-world reputation. So, MTS is intent on maintaining the professionalism and integrity of its operations so that its clients have “confidence that their million-dollar piece of equipment is being handled properly,” and that they are receiving “not a third-world service but a service that they’re accustomed to in other countries, internationally.”

As Maritime & Transport Services Limited ends its first half-century of servicing the shipping industry in Jamaica and beyond, it is looking expectantly ahead. And who knows? With the Clarke family’s entrepreneurial traditions behind it, one shouldn’t be too surprised if, sometime in the not-too-distant future, MTS adds another division to its portfolio – “Aviation Transport Services – Unlimited!”

WHO: Maritime & Transport Services, Ltd.
WHAT: Provider of services for the shipping industry
WHERE: Headquarters in Kingston, Jamaica
WEBSITE: www.mtsjamaica.com