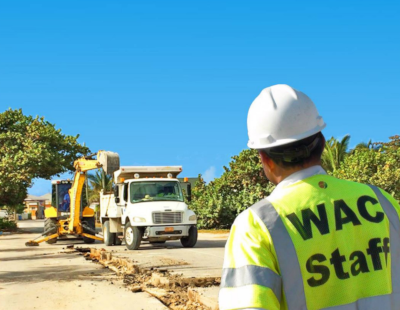 In 1981, the government of the Cayman Islands formed the Water and Sewerage Project Office. Its mission was to create a plan for a single body with the responsibility for all water-related matters in the country, plus the capability of providing the necessary public facilities to achieve that aim. In early 1983, the Water and Sewerage Project Office presented its plan to the government, and soon thereafter, the Water Authority of the Cayman Islands was established as a statutory body with the passage of the Water Authority Law.

Today, the Water Authority of the Cayman Islands exists in order: 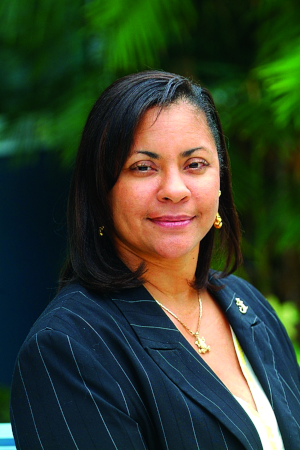 Recently, Business View Caribbean posed some questions to Dr. Gelia Frederick-van Genderen, Director of the Water Authority of the Cayman Islands. The following is an edited transcript of her replies:

BVC: Can you talk about the history of the Authority and some of its important milestones?

Frederick-van Genderen: “This is a very exciting year for the Water Authority because it represents the 35th Anniversary of the Authority’s establishment in 1983. Looking at the Water Authority today, it is hard to imagine that this multimillion-dollar water and wastewater utility was once a small government project funded by a grant from the United Nations Development Program.

“Back in those days, the Authority was just coming into its own and figuring out the path forward. The Authority’s initial plan to supply the population of the Cayman Islands with water was to make use of the country’s groundwater resources. It quickly became apparent, however, that this would not be feasible in the long term, so the Authority decided to turn to desalination. The first water production plant utilized waste heat from the local electricity supplier to produce desalinated water. This plant was soon replaced by a reverse osmosis plant to meet the increased demand within its rapidly growing water distribution system.

“Reverse osmosis was still a relatively new technology when the Authority decided to investigate it as a way to desalinate brackish groundwater at the commercial scale. The Authority and the Cayman Islands Government had the foresight to embrace this technology with the understanding that the local need for it was only going to grow. The Authority continues to work with an eye to the future to ensure our infrastructure can sustain the rate of socio-economic growth that the Cayman Islands has come to experience as routine.”

BVC: Can you talk about the Authority’s growth and its day-to-day operations?

Frederick-van Genderen: “Even for someone who has been with the Authority for 30 years, it can be hard to explain the pace of development that the organization – and the country as a whole – has experienced. In the space of just a few decades, the Authority has gone from being a small, government department with half a dozen people to an organization of more than 130 employees serving more than 18,000 customer accounts with water and sewerage services.

“The Authority currently has 5 RO plants and 10 reservoirs with a combined total storage capacity of 14.2 million US gallons. The Authority is currently working with the Florida Aquastore to construct a new, factory-coated bolted steel water storage tank at our Red Gate Water Works facility. Once completed, this tank will add another 2 million US gallons to our current storage capacity. 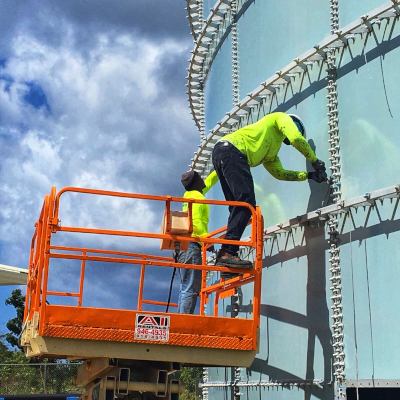 “The Authority’s public water supply service currently includes Grand Cayman and Cayman Brac, but we also have plans to expand service to Little Cayman, the smallest of our three islands. Our current focus in the Sister Islands, however, is on Cayman Brac and successful completion of the Piped Water Expansion Project there. The Authority opened its first RO plant in Cayman Brac in 1991, and began providing trucked water service thereafter. As the Brac continues to grow, trucking the water required (especially to developments with large water requirements such as the Faith Hospital) is no longer economically viable.

“Our water supply service area does not include West Bay which is served via the (much smaller) water distribution system owned by Cayman Water Company, a private company operating under a license from Government. The Authority also provides sewerage services to residents located within its West Bay Beach Sewerage System.”

BVC: What characteristics of the Authority, in your estimation, makes it special?

Frederick-van Genderen: “The Water Authority stands out both regionally and internationally as an example of how embracing emerging technologies can foster institutional resilience and adaptability in a changing world. In addition to our pioneering attitude, I think the corporate atmosphere of the Authority really does set it apart. It is important to us that every staff member feels valued for their contributions to the organization’s success, and that we continue to develop their skills and training. I think that is why approximately 60 percent of our staff has been with us 10 years or more.”

BVC: Has anything recently occurred, or planned for the near-term future, that’ll impact the way you do things?

Frederick-van Genderen: “One of the most important ongoing projects for the Authority is the Piped Water Expansion Project in Cayman Brac. Over the past five years, the Authority has invested CI$4.5m in water infrastructure in the Brac. This represents significant capital expenditure for the Authority, but it is essential to building the necessary infrastructure to ensure reliable piped water service to our Brac customers. The Piped Water Expansion Project in Cayman Brac aims to provide all residents of the second-largest of our three islands with piped water and includes the construction, within the next two years, of a new water production, storage, and pumping facility located on the Bluff at a higher elevation to ensure its reliable long-term operation and improve security of the island’s water supply.

“Our teams on Grand Cayman have not been resting on their laurels either. There has been significant development on this island in the form of large hotels, highway expansions, etc. and all of these projects have required us to either expand upon or move existing water and wastewater infrastructure. Given our status as a statutory authority here in the Cayman Islands, our relationship with the Cayman Islands Government is paramount to our continued success as an organization. However, as public servants, our primary loyalty will always be to the Caymanian people whom we serve. Our customers and our community will always come first.”

Check out this handpicked feature on the Ministry of District Administration, Tourism and Transport for the Cayman Islands.

WHO: The Water Authority of the Cayman Islands

WHAT: A statutory body providing water and sewer services for the Cayman Islands

A leading player in the retail insurance sector, British Caymanian Insurance Company Limited (BritCay) is a subsidiary of Colonial Group International (CGI).  With over 280 employees, and offices in Bermuda, Barbados, the Bahamas, the British Virgin Islands, Turks and Caicos and the Cayman Islands, CGI offers a complete range of premier financial and insurance services to our individual and corporate clients.  Headquartered on the 3rd & 4th floors of BritCay House at 236 Eastern Avenue, with a satellite office at 12 Kirkconnell Street in Stake Bay, Cayman Brac, the company has been a part of the local community since 1984. 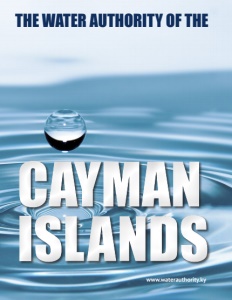