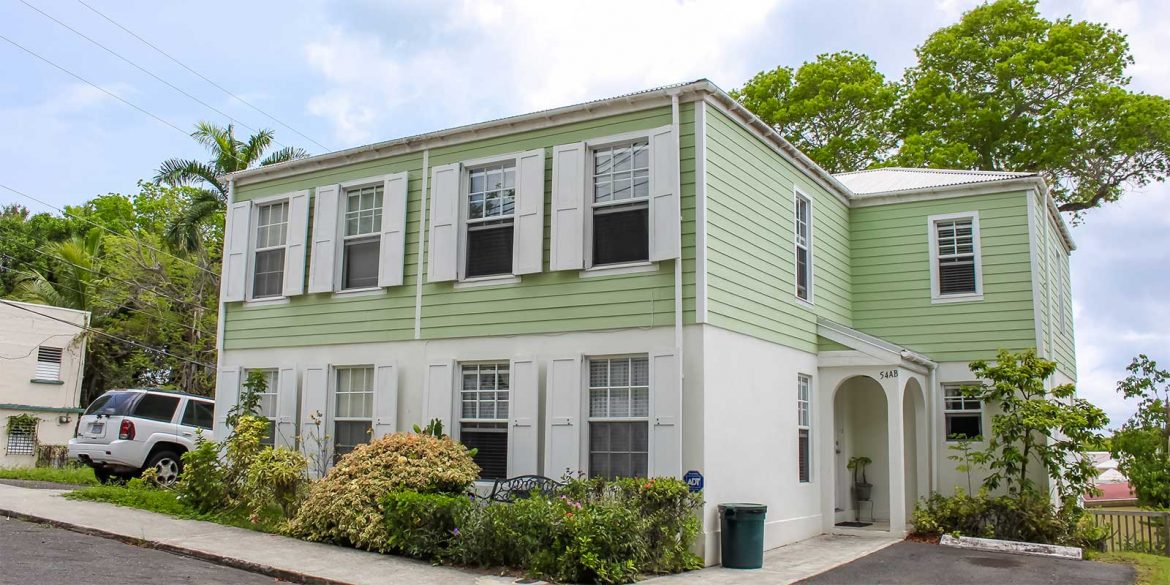 The promotional tagline of the Virgin Islands Housing Finance Authority (VIHFA) says it all: “Unlocking the door to affordable housing.” Formed in 1981, the VIHFA serves as a one-stop shop for safe, decent, affordable housing for the U.S. territory’s low-to-moderate income residents, addressing what had been a shortage of homes and apartments that met that criteria.

“It was started to assist low and moderate income people in the Virgin Islands to become homeowners,” says Daryl Griffith, the agency’s Acting Executive Director and CFO. “It’s basically a component unit, but an independent instrument of the government, meaning that it has its own Board of Directors.”

VIHFA and the Virgin Islands Housing Authority are sister agencies. “The Housing Authority deals mainly in rentals for low-income individuals, so they deal with Section 8 vouchers and things of that nature,” Griffith explains. “We also do some rentals, but our main purpose is to try and make Virgin Islanders homeowners, in the low-to-moderate income sphere.”

The agency’s definition of low-to-moderate income – from the mid-$20,000s up to $175,000 ($150,000 for St. Croix) – might be an eyebrow raiser for residents of the U.S. mainland, but Griffith says that range reflects how expensive homes are on the islands. “The fact of the matter is that on St. Thomas, because we’re a small island with a lot of dollars coming in from various places, the average price of a single-family home with three bedrooms is about $500,000,” he states. “We’re the only game in town that would sell the same home for half of that.”

VIFHA funds are commonly used to supplement bank loans that clients have arranged for a home purchase. “A lot of the times, we’re actually in the second position,” says Griffith. “So, for example, say the home is $250,000. They’ll go to a bank and they’ll get a traditional loan for $200,000, and we might be in second position and give them a loan for the difference, or a grant, depending on their income.”

The agency also sells lots at discounted prices that clients can use to build a home using self-arranged or agency financing. “When we were originally established, we were given lots from the central government; we were given tracts of land to develop” Griffith says. “Some of the lots that we’re developing now were given by the central government, but some, like our Whispering Hills development on St. Thomas, are on land that the authority purchased itself.”

Griffith acknowledges that, while the amount of land available on the small islands isn’t infinite, the supply of available lots is still plentiful. “But we’re starting to look at in-fill development, looking at those homes and those areas in the towns and different areas around the islands that have become rundown,” he avers. “We’re basically starting to do our own version of gentrification, but doing it for the local people to make sure they are able to afford a home.”

The VIFHA is also a source for counseling services for first-time homebuyers, including:

ν The Home Buyers Education and Community Education programs can be accessed in-person or online. Pre-and-post-purchase and financial management counseling are also offered.

TV commercials and advertisements in newspapers and on the territory’s Public Access television channel and the VIFHA’S website are among the ways the agency has spread the word about its services over the years. And of course, there’s always word of mouth. “Basically, the community now knows that they can call on us and they come to us because we provide first-time home buyer education classes,” Griffith says.

Partnerships with businesses in the community and other governmental agencies, such as the Virgin Islands Housing Authority, have been key elements in the VIFHA’s success. Griffith also cites Jackson Development, Co., and Michaels Development Co., along with contractors such as Ayala Construction in St. Croix, Lumet Construction, Northshore Partners, and Heavy Materials GEC.

A close eye is being kept on the budgetary deliberations of Congress and the Donald Trump administration where grant programs, particularly the HOME program are concerned. “I know that the President has talked about eliminating the HOME program throughout the United States,” says Griffith. “If that happens, that would be a segment of the population that no longer receives grant funding.”

In the near term, the VIFHA’s primary focus is on finding efficiencies that can reduce building costs in the territory, which Griffith reports are higher than in the U.S. and on Puerto Rico. “Right now, a home in the territory, say St. Thomas, costs about $200,000 to $230,000 to construct and that same home on the mainland USA and Puerto Rico might be half of that,” he explains.

Recently, a team of VIFHA officials traveled the 60 miles to Puerto Rico to investigate building practices there and found that poured-concrete homes similar to those built in the territory were being constructed for less than $100,000. “So we’re going to bring some of that technology and some of the different construction methods that meet our building codes here, and use them to try and lower the costs of construction,” Griffith declares.

The agency is also contemplating changing its relationship with contractors. “It’s definitely a partnership, but we act as the developers for a lot of the homes and we’re going to change the bidding process a little bit,” Griffith suggests. “We’re looking at bringing all of the building materials to the islands and then have the contractors bid just on labor. We need to start comparing apples to apples to see if we can start bringing costs down.”

Bert Smith & Co. – Bert Smith & Company was founded in 1989. For decades, the company has provided cost-effective, timely, and accurate services to meet the needs of federal, state, and local governments. Its lines of business include accounting, bookkeeping, and related auditing services. The firm has more than 60 CPAs and management consultants who have earned a reputation for efficient service, effective representation, and experienced counsel. – www.bertsmithco.com