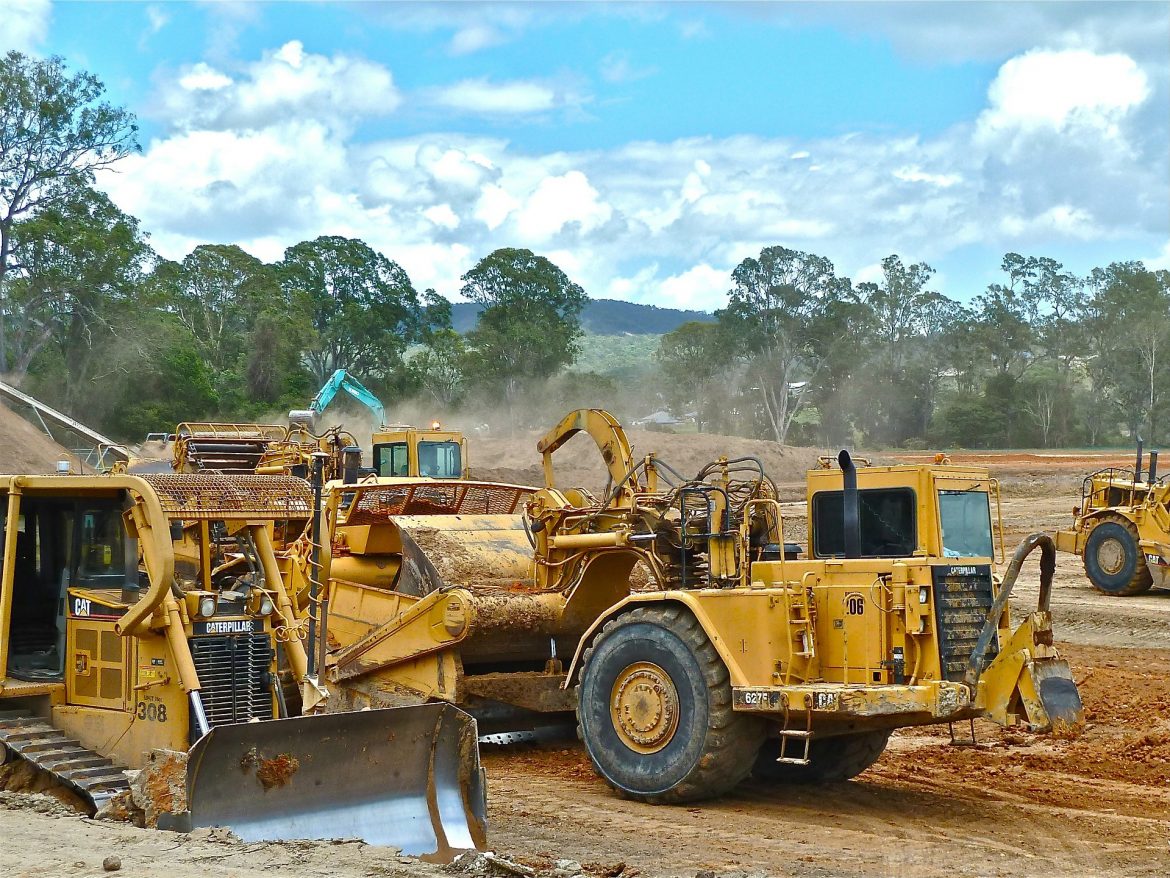 Business View Caribbean interviews Rayneau Gajadhar, CEO of the RG Group of Companies, as part of our focus on best practices in construction the sector.

The RG Group of Companies – A leader in St. Lucia

Rayneau Gajadhar took a decidedly circuitous route on his way to becoming CEO the RG Group of Companies, recognized today as the largest locally-owned construction and industrial products conglomerate in St. Lucia. “After I left school, not being able to get a job, I had no alternative but to do something on my own,” Gajadhar says, beginning the tale of his professional odyssey. “I started selling ice cream; from selling ice cream, I bought a vehicle and started renting it out; from that, I got more vehicles and had to learn to repair them, so I became a mechanic.”

“Then, because of accidents, I learned body work, and I started a garage where I worked for other people, as well,” the peripatetic worker continues. “At one time, I did videography – weddings, funerals, television advertisements, and so on. At one time, I had an electronics store, selling and repairing. It moved from one thing to another, it was never planned. As opportunities came about, I went ahead and did it. After the car rental and repair, I made furniture and draperies. After that, I bought a small, skid-steer loader from a bank that had seized it from somebody and that is how I got into the construction business. After I bought that one, I bought another one, I bought trucks, I bought into concrete. Then I got a quarry and then I got into big construction.”

Today, the RG Group consists of Construction & Industrial Equipment, (CIE) Ltd., and RG Quarry. CIE, first established in 1995, is a local leader in developing, managing, and constructing civil infrastructure, including roads, bridges, runways, and other municipal plants and facilities. The company has also built community housing projects, private residences, and commercial buildings throughout the island.

RG Quarry opened for business in 1999. Its divisions include Aggregate Processing, Asphalt, and Concrete Block-Making. The Aggregate division occupies approximately 160 acres at Cul de Sac, Quarter of Castries. It produces a number of quarry products, including: boulders, pea gravel, crushed aggregate, sand fill, mixed aggregate, concrete sand, crusher run, and quarry waste. Pumice is mined at Anse La Raye, on the west coast, which is then transported to the quarry at Cul de Sac for processing.

Gajadhar reports that most of the Group’s construction work has been in St. Lucia, with a small amount in Trinidad, but soon he will be moving almost a quarter of his equipment to Dominica, where Hurricane Maria recently severely damaged its buildings and infrastructure. “In the quarry, we supply the local market, but we also supply the regional market,” he adds. “Trinidad and Guyana get 70 percent of our production; maybe about ten percent goes to Tortola in the British Virgin Islands, and the other is 20 percent is utilized locally.”

Gajadhar believes that the RG Group stands out, not just because of its size and scope, but because of its high level of customer service. “We deliver on time, and we provide a significantly better service to our customers than the competitions,” he maintains. “Although we come from a small island, because of the way that we are set up, we can deliver almost any size project. That has made the difference when it comes to construction. In terms of our sales, it’s because we always have the products that nobody else has, so we’ve become the go-to place. Over time, this has really helped us.”

Going forward, some potential upcoming projects should help Gajadhar get closer to his goal of eventually employing 2,000 workers. “The drive in anything I do, apart from the profitability, takes into consideration the number of employees, and how you affect the other human beings around you, and how you contribute,” he states. “Right now, we are in the process of expanding significantly into other areas – the construction of a very big strip mall which is going to house commercial and industrial; we’re looking at a big agricultural project; we’re also looking at doing a convention center and hotel in one location. If that project goes through, and it depends a lot on the government concessions to us, it is going to take us to a totally new level, from the size of the business and number of people that we employ.”

From selling ice cream to employing thousands – that’s one long and winding road. “Because of where I came from to where I’ve gotten, I think it’s a good story,” Gajadhar reflects. “Even in the worst of times, hard work and determination will still pay off, and you can still do well.”

AT A GLANCE
WHO: The RG Group of Companies
WHAT: A construction and industrial products conglomerate
WHERE: Castries, Saint Lucia
WEBSITE: www.cie-rgltd.com