The Milton Cato Memorial Hospital – Saint Vincent and the Grenadines

Business View Caribbean interviews Grace Walters, Administrator of the Milton Cato Memorial Hospital, as part of our focus on healthcare in the Caribbean.

The Milton Cato Memorial Hospital (MCMH) is a 215-bed hospital serving the 110,000 inhabitants of St. Vincent and the Grenadines. The hospital was originally called the Colonial Hospital, built in the early 19th century by the British government under the colonial system, and later renamed Kingstown General Hospital. In the late 1800s, the Imperial Parliament granted permission for construction of a new wing, which was opened in 1889, and contained a total of seven beds. In 1914, the Princess Mary Louise wing was completed, and used mainly as nurses’ quarters. 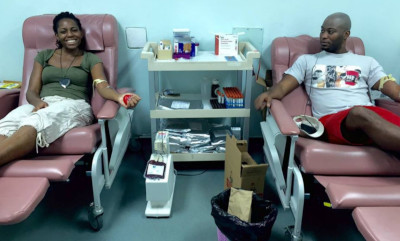 The facility went through a variety of restructuring and refurbishment projects in the early 1900s, then, in 1994, two intensive care beds were established, bringing capacity to 211 beds. In 2002, Kingstown General became Milton Cato Memorial Hospital, in honor of Robert Milton Cato – the first Prime Minister of St. Vincent and the Grenadines when they gained independence from the British in 1979.

In December, 2013, Milton Cato Memorial Hospital was severely water-damaged by a freak storm that flooded many areas of St. Vincent, and according to Hospital Administrator, Grace Walters, it is still recuperating, five years later. “We are still in the process of rebuilding some of our infrastructure and that is going to take a huge effort in terms of resources coming from St. Vincent and the Grenadines,” she states. “And we, as a people, are hoping that our friends out there in the wider world would assist in whatever way they can. So far, we are trying to make the most of our situation, and trying to rebuild. Some areas are fully recovered, but there are others that are still trying to recover from that devastation.”

Today, Milton Cato Memorial Hospital has approximately 600 employees, including doctors, nurses, technicians, and ancillary staff, who provide emergency, surgical, and medical care. In addition, the hospital often has visiting specialists from other countries. For example, last October, MCMH welcomed two medical specialists from Cuba – an anesthesiologist and a general surgeon. “They came at a point in time, when we really needed those services, because we were having some challenges in the area of staffing in the operating theater. They came on a short-term basis and have since returned to Cuba.”

As a public hospital, all of Milton Cato Memorial Hospital’s services operate under the auspices of the Ministry of Health, Wellness and the Environment. Patients are required to pay user fees for medical services, but Walters concedes that those fees don’t often recover the services’ true costs. That being said, patients who cannot afford to pay are not prevented from accessing healthcare. “As a policy of the government, we don’t ever turn away patients for any reason,” she states. “We have had a number of discussions surrounding a national health insurance policy. So far, I believe the government is making some strides in having that program implemented throughout the islands, but we are not there yet. I strongly support going with a national health insurance program, because, over the next few years, with the added facilities and increasing demands for more healthcare services from our population, I think it will be difficult for us to sustain healthcare on just the user fees. That will be one of our major challenges going forward. If we do not have a change in the user fee model, we will have a very difficult time changing, growing, and evolving.” 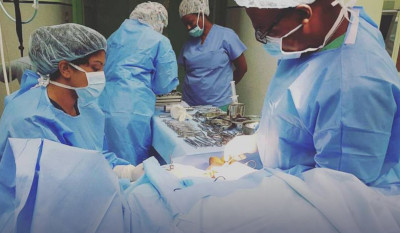 Meanwhile, healthcare on St. Vincent and the Grenadines has recently taken a giant leap forward with the July opening of the EC$42 million Modern Medical and Diagnostic Centre in Georgetown, the country’s capital. “It is part of our hospital services and it caters to patients who require hemodialysis and oncology,” Walters reports. “That’s a huge stride in moving healthcare forward for our people, because, previous to this institution, there was a lone facility on the island that catered to hemodialysis for patients who have chronic renal failure, and the alternative to that was peritoneal dialysis, which was very taxing on the patient and wasn’t always the first choice of the doctors, but it was the best that we, as an institution, offered. Otherwise, persons had to go to neighboring islands. But since July, we have been able to offer that tool to the Vincentian population, and we’re hoping that we will now be seen as an alternative to our sister countries in the region. We also offer services of gastroenterology at that facility and there is a brand new accident and emergency department. We’ve extended our laboratory services in that facility, as well, as radiology. There’s also a pharmacy and we’re hoping that we can offer physiotherapy in the near future.”

Walters believes that the Milton Cato Memorial Hospital holds its own when compared to other countries in the region with comparable economies and infrastructure. “We provide optimal healthcare within our capabilities,” she asserts. “Our staff is very dedicated and innovative. What we do with the little we have is amazing. We take pride in our pediatric services, and we are classified as Best Practice in pediatric care in the region. So, we have that as one of our resounding successes. We are always willing to learn; we always willing to access change. We’re on a path to improving healthcare and enhancing the lives of the people of St. Vincent and the Grenadines.”

Check out this handpicked feature on NTT Data Costa Rica – A top IT services provider.

WHAT: 215-bed hospital serving Saint Vincent and the Grenadines 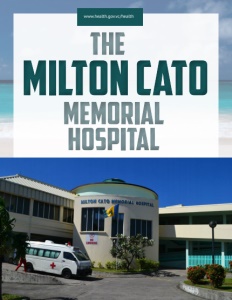