Business View Caribbean profiles The Barbados Stock Exchange, a shareholder-owned company for the trading of stocks and securities.

The Barbados Stock Exchange (BSE) was established in 1987 by the Parliament of Barbados as a statutory body under the Securities Exchange Act of 1982. According to its General Manager, Marlon Yarde, up until that time, “a lot of trading of securities was done in attorneys’ offices, and it was believed that we had reached a stage in our development where we needed our own stock exchange to create the opportunity for capital formation for companies that were looking for financing in the jurisdiction.”

For the first several years of its existence, the BSE, which was known at the time as the Securities Exchange of Barbados, functioned as a government-sponsored entity. In 2001, it re-incorporated as a not-for-profit organization and the government established the Barbados Securities Commission, now the Financial Services Commission, which took on the role of regulating the country’s capital markets. 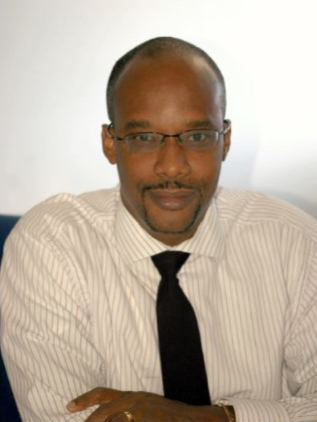 “At that point, we still had the responsibility to regulate the members and the companies listed on the Stock Exchange,” explains Yarde. “We had 16 ordinary members and four designated members, which are various interest groups in the society who, at the time of establishment, the government thought should have a say in how the Stock Exchange was run. They included the Central Bank of Barbados, the Barbados Bar Association, the Barbados Chamber of Commerce and Industry, and the Barbados Ministry of Banking and Finance.”

In December 2015, the BSE demutualized, moving from being a member-owned company to a shareholder-owned company. “The main advantage is it gives us flexibility in our capital structure, and allows us to bring in strategic partners as shareholders,” says Yarde. “Now, you can buy shares in the company and become a part owner. So, if we wanted to have an arrangement with a larger, more developed exchange, it allows us to bring capital or expertise into the company.”

Another initiative that occurred – this one in March, 2016 – was the creation of an international securities market (ISM). “It’s basically a new trading platform of the Barbados Stock Exchange, which allows us to list securities of international companies that are domiciled in Barbados,” Yarde says. “One of our main economic drivers, outside of tourism, is our international business and financial services sector. We know in the international market, persons are always looking for jurisdictions to raise capital. So the BSE launched an international securities market for the listing and trading of securities by issuers who may or may not be incorporated in Barbados and would otherwise be listed and traded on other exchanges around the world. It is a completely separate market from the domestic market and the only securities listed on the ISM are those of companies from the international business and financial services sector.”

In support of the ISM, Barbados created a comprehensive governance and regulatory framework that includes the BSE, the Central Bank of Barbados, and the Financial Services Commission. The strong regulatory environment for the ISM is designed to be much more rigorous than many other offshore financial jurisdictions, yet without the overly burdensome requirements of the larger North American and European exchanges. Another advantage is that fees for the Barbados ISM are between 30-50 percent below those of competing jurisdictions.

Yarde explains that the formation of the ISM also creates opportunities for local and international service providers to participate in the new market. “Some of these participants include clearing agents and listing sponsors,” he says. “For companies to be listed on the Barbados Stock Exchange, they must go through a listing sponsor similar to that of a nominating advisor on the AIM (Alternative Investment Market) of the London Stock Exchange. So, this is an opportunity for local and international service providers to charge a fee for their services for potential issuers who would want to list on the ISM.” 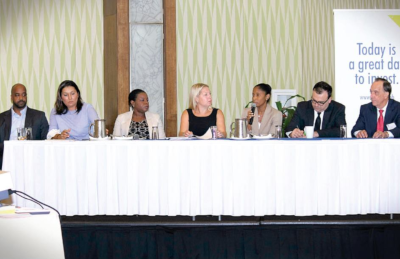 The role of a listing sponsor is to vet companies to make sure that they meet the criteria under the Exchange’s qualifying rules. “And one of the key things is that we attract businesses of substance and quality to the jurisdiction – no ‘name-plate’ type of organizations, but businesses that actually transact business here in Barbados,” says Yarde.

Currently, there are two listing sponsors who have signed up to perform the reviewing and vetting role. “Our aim is to have five listing sponsors by the end of the year,” says Yarde. “And we should have some listings by then. We want the companies who would be listing sponsors to benefit from the listings they throw our way – the target for the next 12 to 18 months is at least 150-200 companies listed. As time goes on, we will expand the number of listing sponsors to the ISM. But they won’t do this unless they see the business come in.”

While Yarde says that one of BSE’s goals is to take advantage of the international market, it still intends to focus on the local one. Currently, 25 local companies are listed on BSE’s regular and junior markets. “We want to create opportunities to invest by having more securities listed on our board,” he says. “We approached our Ministry of Finance as it relates to developing incentives for small to medium-sized enterprises to list, first on our junior market, and, as they develop, migrate to the regular market. We’ve been talking to government officials about what we can do to encourage more companies to list and raise capital in our market as opposed to focusing only on bank financing.”

In addition to listing more companies on the Exchange, Yarde also wants to get more institutional investors, such as pension funds and insurance companies, as well as more individuals, involved in investing. “We want to create more opportunities for individuals to create wealth for themselves and plan for their retirement,” he states. “At the same time, pension funds and insurance companies are always looking for investments to provide for their long-term pensioners and their equity holders. So, it would be a mix of both. But I really want to get more individuals involved in the marketplace. That is the goal.”

Yarde believes that Barbados is an excellent place in which to do business. “The Barbados jurisdiction is a sound one,” he declares. “Our regulator, the Financial Services Commission, is a member of IOSCO (International Organization of Securities Commissions), so international best practices prevail in our market. We have the infrastructure, we have the telecommunications, we have the international business connections for persons who are doing business here to do so, comfortably. The standard of living is high; security and safety is paramount. The rule of law and property rights are well-established, so when you’re coming to Barbados, if there is any dispute, you have a judicial system that is independent and there is certainty that a resolution will be had.”

And, of course, the 17 employees of the BSE are all seasoned professionals with many years of experience who can accommodate the Exchange’s member companies as well as their investors. “We have persons within the Stock Exchange who are competent and capable to manage the affairs of the Exchange, and by extension, their affairs,” Yarde states, unequivocally. “There is a wealth of talent and knowledge within the organization.”

Check out this handpicked feature on Sky Mall Barbados.

WHO: The Barbados Stock Exchange

WHAT: A shareholder-owned company for the trading of stocks and securities

FGC Services Limited – FGC Services Limited is a Listing Sponsor for the International Securities Market of the Barbados Stock Exchange. FGC provides assistance to companies which wish to list on the ISM to structure and conduct their business from Barbados. Their services include providing advice to issuers on the application process, listing requirements and obligations; acting as the primary point of contact with the BSE and offering assistance in connection with ongoing regulatory filings and compliance on behalf the listed entity.- http://www.fgcservicesltd.com/