Steeped in history and timeless luxury, the Fairmont Royal Pavilion has earned high praise from visitors as the “jewel in the crown of Barbados.” The gorgeous, 11-acre, seaside estate on the island’s Platinum coast is unparalleled – where breathtaking vistas are only outshined by the attention given to indulging a guest’s every whim. Indeed, in this romantic incarnation of paradise, wishes and dreams really do come true. 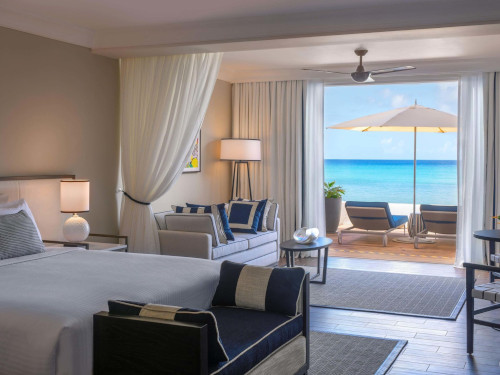 The Fairmont Royal Pavilion is the latest chapter in a star-studded legacy that began in 1940, when the resort originally opened (with 12 rooms) as The Miramar Hotel. It was the first hotel to be constructed on the famous West Coast of Barbados – right next door to the winter estate of Sir Edward Cunard of the renowned Cunard Steamship Company. In 1987, U.K. power couple, Lynne and Mike Pemberton, bought The Miramar, after which it underwent a whirlwind renaissance and became the luxurious Royal Pavilion. Eight years later, the Pembertons launched the Barbados chapter of Variety Club International by hosting a garden tea party auction at Glitter Bay. Guests included Joan Collins and Lord Banfield, and watercolours by Prince Charles were sold to raise in excess of $40,000.

In February 1996, the Royal Pavilion was acquired by Princess Hotels, and became a Canadian Pacific Hotel after the merger of those two brands in 1998. Then, in October 1999, following the acquisition by Fairmont Hotels and Resorts, the property was renamed The Fairmont Royal Pavilion. A multi-million-dollar renovation in 2017 dramatically lifted the hotel to ultra-luxury standards, replete with enviable bespoke furnishings and high-end finishes. Today, the resort boasts 72 exquisite beachfront rooms directly facing the sea, plus the magnificent, three-bedroom Sea View Villa, and is a AAA Four Diamond favorite destination for vacationers. The culinary experience is as unique and inspired as Barbados itself. From casual to fine dining, from locally inspired menus to themed dinners, the cuisine will delight any palate and every occasion.

Jean-Christophe Martinez took the reins as General Manager of the Fairmont Royal Pavilion in November 2018, and in just a few months, the hotel has worked its magic on him. He shares, “Many things make this hotel special: it has a rich history, and all the rooms are facing the sea, and it has so much ambience. Also, it is successful because of our team. They are all very welcoming and a lot of guests return because they are treated so well. You feel very relaxed and rested here; people love the feeling, beginning with the beautiful garden that welcomes everyone at the entrance.” 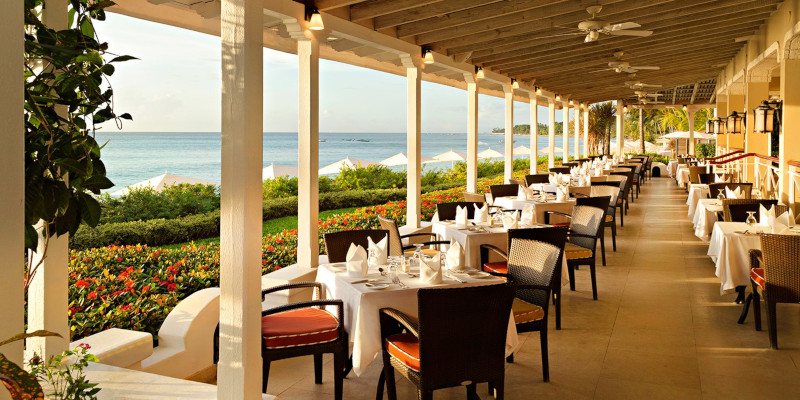 The hotel employs 198 team members. That number varies with the season – high season, being mid-November to April. The U.K. market is strongest for visitor traffic, followed by the U.S., Canada, and Germany. The summer isn’t as busy, but there is a fair amount of North American and local traffic. Convenience is a key attribute. Travel from the airport is a breeze; it’s only about a half hour drive to the resort. Five minutes from the hotel is a large shopping center in Holetown and the capital city of Bridgetown is only about eight miles away. The Fairmont Royal Pavilion also works with a local company that takes excursions to the city, to catamarans, and a myriad of other activities and offerings that are all available through the hotel concierge.

Martinez acknowledges, “There is a lot of competition and we always try to differentiate ourselves a little bit from other resorts. But we try also to take different markets. And in the end, it’s all about the attention you give to your guests. That’s what we focus on. As for marketing, internationally, we take advantage of Fairmont’s excellent worldwide recognition and Accor, because we are part of the Accor Hotels brand. And we work with many local travel and tourism agencies to promote the wonderful Barbados aspect. We have valuable relationships with a lot of local companies, including food and beverage suppliers, construction firms, and banks. During the renovations, a lot of equipment had to be brought in from abroad but we try to work with locals as much as possible. Michael Greaves Associates is a local, family-owned shipping and brokerage firm that has been a great asset to Fairmont Royal Pavilion.” 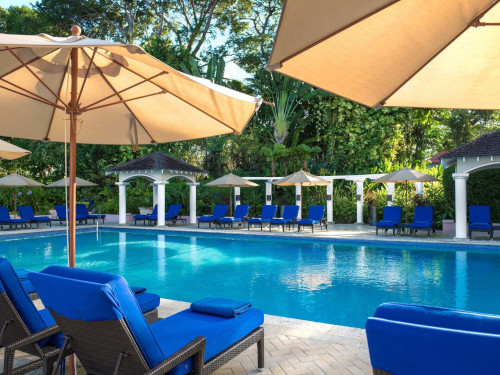 In April 2018, Barbados is going ‘plastic free’. The island will no longer import, or allow, any form of trade in single-use, petroleum-based plastic cups, straws, cutlery, including plastic knives, forks and spoons, stirrers, plates, egg trays, both plastic and Styrofoam, and Styrofoam containers used for food in the culinary retail industry. According to Martinez, the Fairmont Royal Pavilion is not only embracing that initiative but environmental sustainability is a major focus of its parent company. In that regard, AccorHotels has created a Planet 21 program that demonstrates the Group’s ambitious goals for 2020, based around four strategic priorities: work with its employees, involve its customers, innovate with its partners, and work with local communities. Two key issues to tackle will be food and buildings. Martinez notes, “Our company works with Planet 21 under the Accor program, trying to save the planet. At our location here in Barbados, we maintain a large area of vegetation because it’s a big part of what we want to do. And we are always looking to save water and electricity and food waste. Under the Planet 21 program we have to follow and add activities every year.”

For the future, growth is definitely uppermost on the beautiful blue horizon for Fairmont Royal Pavilion. Martinez reports, “We’re looking to grow the North American market, and the Incentive market for large consortiums, as well as corporations and small groups; and the wedding market – also, to continue to maintain the high ratio of repeater guests. We are now getting a new generation; the demographic is changing. We have a mix, now, of couples of different ages and we’re looking for a bigger mix. We’ll keep enhancing our resort with the latest technology and continue to be very active on social media. That’s a big part of our marketing. We post every day on Facebook and Instagram and our guests interact with us and share their own favorite photos and memories.”

In essence, paradise is more than location, location, location. It’s also a combination of amenities, ambience, and heart, all of which are found in abundance at Barbados’ Fairmont Royal Pavilion. Martinez sums it up beautifully, “The beautiful beach facing rooms are our point of sale, but most important are the ambience and welcoming attention from our team members. Personally, as new GM, I’m very fortunate and happy to be in this place. It has a lot of history and that’s very pleasant for us because that legacy also makes the success of this hotel. Along with new workers, we also have employees working with us more than 30 years and knowing every repeat guest and a lot of hotel history. For me, it’s always a full experience about the people, about the culture, and about the hotel.” 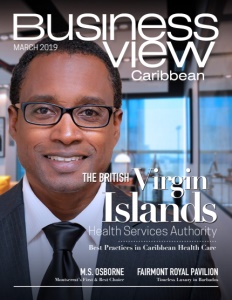 Letter From The Editor – October 2020 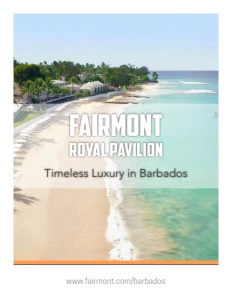