A legacy of quality

Business View Caribbean interviews Daniel Schierloh, Secretary of Virgin Islands Paving Inc. for our focus on the Resilience, Strength, and Growth of the USVI.

For 38 years, Virgin Island Paving, Inc. has been laying down a legacy of quality roadwork and innovative construction projects in the U. S. Virgin Islands. Through economic ups and downs, and devastation wrought by nature’s worst storms, this strong family business has survived and thrived to earn the respect of government clients, the hospitality industry, and private developers, alike. VI Paving and its 50 employees are trusted as specialists in highway, street, and bridge construction, along with other heavy and civil engineering construction.

Robert Schierloh is current President of the company that was established and incorporated in 1981 by his uncle Richard Schierloh. Robert’s sons both work with Virgin Islands Paving, William Schierloh is the Treasurer.  Daniel Schierloh is the Secretary and President in Training and they are third generation members of the family corporation. When the company started, it was during the shift from macadam roads, where they laid down rock and actually poured asphalt on the road – rather than using the plants they have now where they heat and mix the materials together, put them in trucks, and then lay them out into mats.

Daniel explains, “My great uncle was around before that transition. He was a pioneer of the industry in the Virgin Islands; the first one to bring a permanent asphalt plant down here. He was there for the building of the highway on St. Croix. Back then, asphalt was new, just coming up, and over the years, it’s what we honed our company into. My great uncle and my grandfather, originally, came down as brothers to construct buildings. They did a lot of the housing facilities, such as the Williams Delight villas in St. Croix, but afterwards, they started working on road construction and that became our niche and we went forward in that direction. Now, it’s job after job, doing our work and getting bigger.” 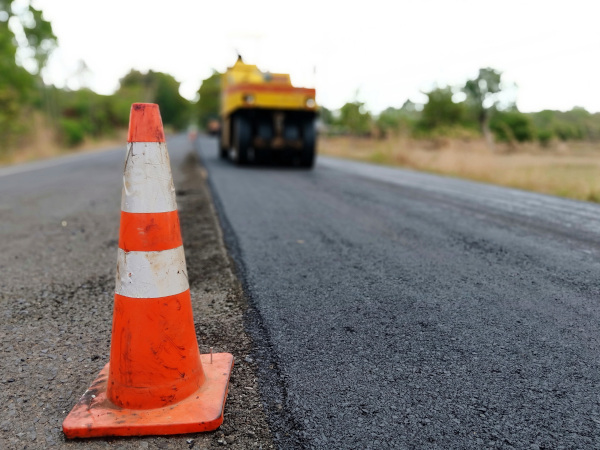 On November 8, 2017, just over a month after the September hurricanes ripped through the Virgin Islands, VI Paving announced to the Consortium that the company was up and running and had been ready to get on with paving roads on St. Croix for at least two weeks. The comments followed Governor Kenneth Mapp’s statement during a hurricane recovery press briefing at the West Indian Company (W.I.C.O.) in St. Thomas, where he responded to a question about the condition of the roads by saying all the paving companies in the USVI (one in St. Thomas and two on St. Croix) were damaged by the storms and could not perform work on the worsening thoroughfares. At the time, Robert Schierloh, said “Virgin Islands Paving is prepared to work. I think the best way to put it is, ‘Bring it on. Bring on the work; we’re ready.’”

Residents were complaining about the poor state of many of the roads before Hurricanes Irma and Maria, but the situation worsened following the storms and the incessant rain, which caused severe erosion in some areas. In the months that ensued, VI Paving worked steadily to help bring roads in the territory back to a safe and passable condition. Speaking to road paving in general, Robert also admitted at the time that work had substantially decreased. “In the previous three years, we’ve done about a third of what we normally do in road construction,” he said. “We’ve had to diversify. Now we’re doing water lines, we’re doing sewer work, we’re doing subdivision development, earth work – that sort of thing – to survive because we we’re not getting the construction work we need to be able to do it full-time.” As it turns out, diversification of their portfolio succeeded in growing the business in different directions. Currently, the company is only operating from St. Croix, but  they’re now working on moving back to St. Thomas to re-establish where it previously had a facility.

Competition is strong in the USVI, especially on St. Croix. Daniel notes, “Our main difference is that 90 percent of our jobs are government contracts; federal work which involves more restrictions and paperwork, and we’re able to handle that kind of work much better. Our efficiency also gives us a competitive edge. For example, we have numerous different families where we’ve had three generations of employees working for us at the same time. Some have been working for us over 20 years and, in that time, they’ve honed the skills to do their job better than anyone else on the island. In fact, they’ve been doing road work for so long that some of them know how to grade a road, by eye, better than a surveyor could.” 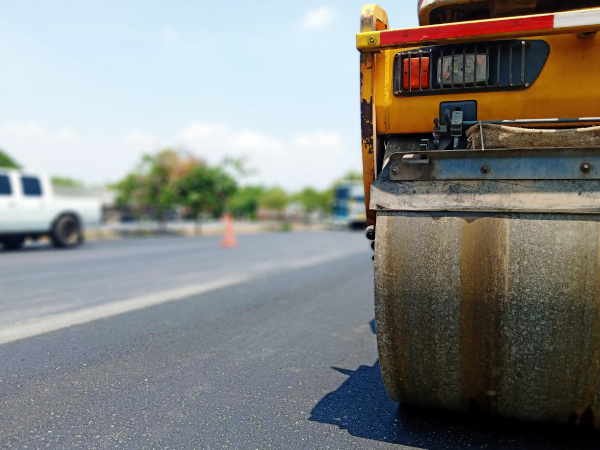 Thanks to the recent number of large projects they’ve done, VI Paving has brought in the revenue to invest in improving their facility. Along with upgrades to the plant and equipment, they’ve also installed the certified lab on St. Croix. At the present time, they are able to make their own lab mix designs, and they do all their own lab testing – one of only two companies with those capabilities in the Virgin Islands. “Those labs have made a really positive impact to our operations,” says Daniel. “We’re at a stage where we’ve come off a real slow period in the past and now work is building back up and there are rumors of even more coming out. So, the idea is to stay on top and try to get as much work as we can. We’re definitely looking at St. Thomas and doing more research into design/builds. And the newest thing right now is getting more GPS-run equipment and machines designed to be much more accurate and efficient in the way they work.”

The biggest companies VI Paving works with are the quarries, the asphalt suppliers – and they’re not local. Of the company’s most valuable partnerships and relationships over the years, the main ones are the family-owned businesses. “The ones I knew from school,” says Daniel, “those whose parents owned the company and now their children are taking over the business. They are the best ones for us, right now. Especially after the recent storms we all had to work together to get the island cleaned up and it was nice to have people you knew and could trust.  They include shipping, fuel, construction, trucking, tire and mechanic companies – not the really big ones, but the ones we work with on a daily basis.”

Looking five years ahead, VI Paving has some significant priorities and objectives in their sights for the future – most importantly, trying to grow large enough, as a company, to meet the demand that’s on its way. Daniel clarifies, “To make sure we don’t lose work because we’re not big enough to handle it. That would be one thing I would regret – not being able to take on the work. The shortage of skilled labor is an issue. One of our main focuses in the last few months has been on training; finding people to train and trying programs that work for us, in terms of training people in our market. We’ve had some good luck with it and we’ve had some really bad luck with it. We have a few guys that have really shown great potential and stepped up beyond what we expected, and we’ve had others who had great potential and just never stepped up, and we don’t know why. Through our experience we have found more success with training someone local who has a desire to learn, as opposed to a trained employee that is transitioned from the states. That’s one of the greatest things – when you can train somebody specifically towards what you need, everybody benefits.”

What: Engineering and construction services company