According to a new study released, recently, by the Inter-American Development Bank (IDB), “Connecting the Dots: A Road Map for a Better Integration of Latin America and the Caribbean”, there is an estimated US$11.3 billion in trade value that can be maximized if the Latin America and Caribbean (LAC) region were to form more cohesive trade partnerships that can lead them on the road to a full-scale free trade agreement (FTA) for the LAC.

The report, which offers a roadmap toward maximizing significant trade gains by promoting a path of convergence among the existing preferential trade agreements (PTAs), emphasizes that the increase and strengthening those PTAs would eventually lead to a Latin American and Caribbean free trade agreement and subsequently boost trade region-wide.

Citing previous challenges with existing PTAs in the region, specifically noting the failure of the Caribbean Single Market and Economy (CSME), the South-American trade bloc (Mercosur), and the Central American Common Market (CACM), the study urges more political cooperation between countries to increase the level of trade within these PTAs and also use that as a starting-point to focus on a more encompassing LAC-FTA.

Since coordination can happen at both the regional level, in the case of CSME, CACM and other PTAs within the region, and at the multilateral level, particularly with regard to the World Trade Organization (WTO), in which most countries are already members, the case for a regional approach must go beyond the need for reciprocity, the study cautioned readers.

More importantly in this regard, a LAC-FTA must find ways to strategize the importance of leveraging PTAs currently under execution between member states, primarily with placing an emphasis on the need for greater simplicity and speed of regional negotiations and for that to be seen as a priority for enhancing trade competitiveness and value. 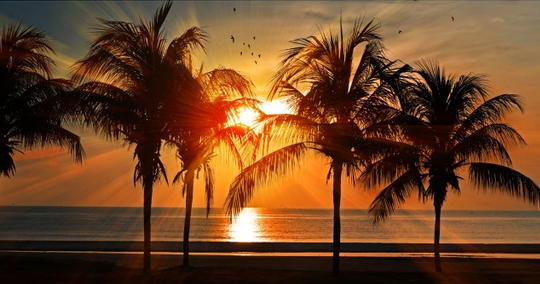 Also, the LAC should appreciate that the potential of PTAs to minimize the disadvantages of country size relative to scale, in order to capture welfare and growth-enhancing sectors with increasing returns for member states and citizens. This the study suggests would go a long way in appreciating the potential for minimizing adjustment costs, while maximizing overall trade-value gains by giving members more time to adjust to new infrastructural, tariff distorting, and administrative amending rules and guidelines, which would ultimately help member states learn how to survive in a more competitive, multilateral environment.

The general theme of the study strongly emphasizes that if there is no political consensus within and across member countries on what economic policies to follow, the results are also bound to be disappointing and not materialize at all.

Key issues to focus on when strategizing towards the goal of a LAC-FTA, while simultaneously breaking the political bottlenecks and blockages between competing countries, is with regard to defining with the agreements a tenet of long-term security and macro-economic stability.

This, the study claims, can increase the trade-capacity of countries, if they see a direct national-security advantage for engaging in an LAC-FTA, particularly as it may make trade negotiations with other multi-lateral and extra-regional countries, like China, Russia and India. In addition, it can also increase the overall bargaining power of individual member countries in international negotiations substantially, most importantly with regard to the signing of other, critical trade agreements that can be more beneficial to individual members and the LAC bloc as a whole.

The caveat from this study is that, while PTAs at the current levels are weak and ineffective, at best, other sub-regional agreements between individual countries on a case by case, good by good, service by service and institution by institution framework were powerful tools for promoting regional integration.

It is estimated that these sub-regional agreements boosted intra-regional trade by 64 percent, on average, despite a mixed record of implementation and enforcement of uniform standards.

Another caveat is that results overall with regional PTAs was that they were very ineffective in fulfilling their main economic motivation, which was to boost competitiveness abroad – extra-regionally with individual EU, North American and Asian countries and the wider, multilateral sphere like the WTO.

To combat all of this, the study concludes that the LAC region should move away from the fragmented approaches to regional cooperation and PTAs, while focusing on sub-regional PTA successes, which can be used to enhance the overall trade capacity and trade-competitiveness of individual member states towards a stronger region as a whole. Most importantly, focusing directly on the strategic, political and regional political issues is key to increasing trade value in the LAC.

Check out this handpicked feature on AMCHAM Jamaica – Promoting investment and trade.