Affordable housing for the Caymans

The National Housing Development Trust (NHDT) is a not-for-profit company established in 2003 by the government of the Cayman Islands that now operates – under the auspices of the Ministry of Health, Environment, Culture, and Housing. “Our mission is to construct houses in planned communities and facilitate affordable home ownership for the Caymanian people,” explains its General Manager, Julio Ramos. “The NHDT is designed to assist housing accommodations and provide facilities and amenities, as well as loans, advances, and guarantees for housing opportunities. These are rolled into programs that we offer for affordable housing for individuals in different gaps of income.” 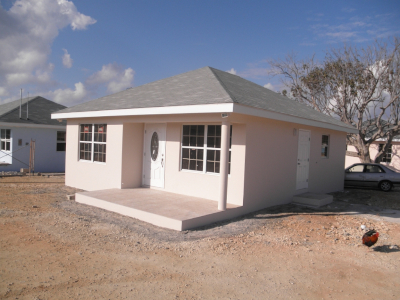 The company’s initial program was the Affordable Housing Initiative (AHI). “Its mandate was, and continues be to assist low-income families in realizing their dreams of homeownership,” Ramos continues. Under the AHI, homes that were built by the government, on land that it owns, were offered to first-time, low-income home-buyers who met the Affordable Housing criteria. “The mortgage is obtained through the banks, but the price does not include the cost of the land,” Ramos explains. “The government has pledged the land for the house, so the individual is given the opportunity to buy a house, minus the cost of the land because they’re built on our properties.” Currently, the NHDT has 110 affordable new houses, located across five housing sites, or districts.

The early days of the NHDT were not trouble-free, as the first set of Affordable Houses were severely
affected by damage caused by Hurricane Ivan in 2014. In light of this, the NHDT revisited its approach
and policies in building houses that are conducive to our environment. “At that point in time, 120
houses were built,” Ramos recounts. “The NHDT was then faced with demolishing houses that were
severely damaged and, once again, rebuilding.” We rebuilt 94 between 2010 and 2013. So, we built a
total of 220 houses between 2004 and now.” The company recently began the construction of 16 new
houses and has plans to construct an additional 20, in the near future.

In 2008, the NHDT expanded its offerings with the Government Guaranteed Home Assisted Mortgage (GGHAM) program, with the intent to help middle-income earners buy homes. “The NHDT performs the duties as an administrator and loan processing agent on behalf of the Cayman Islands Government with the local participating banks,” Ramos explains. “The program entails an agreement whereby the government will provide a guarantee for the individual in place of their deposit. We assisted 325 individuals in the middle class to get their houses between 2008 and 2012. So, that program is one of the most successful that we’ve seen.” Currently, the GGHAM program is being re-initiated for another five years, with the Cayman government guaranteeing up to 35 percent of the deposit required to service a mortgage with the program’s participating banks. “We hope to help 300 or so more middle-class individuals,” Ramos adds.

The NHDT office is located in George Town, Grand Cayman. It currently has ten employees, and an eight-member Board of Directors oversees its operations. “We are financed and supported by the Cayman Islands government for our operational costs,” Ramos notes. “Capital projects and developments are financed by loans and bonds, where the government has signed the guarantees and has pledged to settle any bond arrangements. There is also revenue that is generated from the sale of the affordable houses, which is reinvested for further development.” 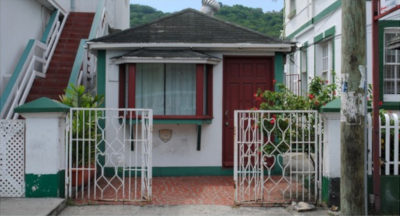 In fact, the company’s most recent project – the $2.5 million construction of 16 homes on a 10-acre site in Bodden Town, close to 20 existing affordable homes that were built in 2012 – was financed from previous NHDT house sales.

Going forward, Ramos says that there will always be a need for affordable housing and that the NHDT will continue to enhance how it assists Caymanians of low and moderate income purchase a home.

“We’re trying to catch up to that need,” he states. “We’re completing a fresh batch of 16 houses, and we’re looking to build more houses based on demand and individuals qualifying at the banks. Within the next three months, we’re planning another 20 houses in different districts, because the houses that we just recently have assigned to individuals, we’re trying to get mortgage financing for them. Our operational mantra is housing made affordable for the people of Cayman with dreams of home ownership for Caymanian families.”

Check out this handpicked feature on The Water Authority of the Cayman Islands.

WHO: The National Housing Development Trust

WHAT: A not-for-profit company established by the government of the Cayman Islands 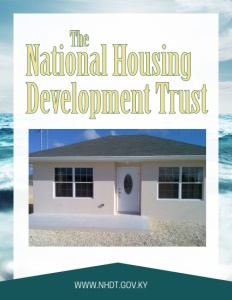