It’s all good inside!

Business View Magazine interviews Kevin Chang, Director of the Fontana Pharmacy as part of our focus on best practices of Jamaican companies.

Fontana Pharmacy is Jamaica’s leading pharmacy and retail chain with six stores in the major cities of Kingston, Montego Bay, Ocho Rios, Mandeville, and Savanna-La-Mar. The company’s familiar branding has been  part of the Jamaican pharmaceutical landscape for over 50 years, and the business has expanded to include housewares, beauty and cosmetics, home décor, toys, electronics, souvenirs, and other products. Fontana’s most recent and largest store opened in Waterloo Square, Kingston in October 2019.

The company was founded in 1968 by Bobby and Angela Chang. “Shopping centers were a new concept for Jamaica,” recounts Company Director and son of Bobby and Angela, Kevin Chang. “But my mother and father had a vision; they realized the world was changing and more people had cars. So they decided to take a chance at Manchester Shopping Center in Mandeville, which was the only shopping center that wasn’t in Kingston. They opened Fontana Fashion and Fontana Pharmacy – two different stores. The fashion store was actually the flagship at the time; it was larger. After a year, they realized the pharmacy was bigger than the clothing store, so they made the pharmacy the flagship. They had the clothing store for another 20 years, but it didn’t pan out. But the pharmacy grew.” 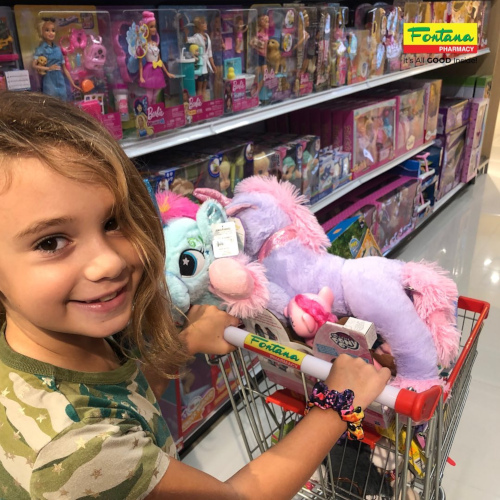 The Changs had seven children and, for many years, Kevin says that Bobby, who, in his ‘80s, is still at work as Chairman of the company, would commute between Jamaica and Canada, where the children all went to college. “I got an MBA at the University of Toronto, and my father asked me to come back and give the business a shot, and I said, ‘why not?’ So I came back in ’89,” Kevin continues. “People from Montego Bay used to come to Mandeville, where they saw our big pharmacy; there was nothing like that in Montego Bay. A new shopping center opened there and we went to look at it and we opened a new store in ’94 that did well.”

When a bigger shopping center opened in Montego Bay in 2001, Bobby asked Kevin’s sister, Anne, and her husband, Ray Therrien, who had worked in the pharmaceutical business in Canada, to come to Jamaica to help run the business. “My father said we have another store opening and need some more boots on the ground, family-wise,” Kevin notes. “They came and did a fantastic job with a first-world, ethical outlook. Montego Bay did very well and grew from there.”

“Wherever there’s a good location, we’re willing to go there,” Kevin adds. And so, the company continued to expand. In 2007, Fontana opened a branch at Beckford Plaza in Sav La Mar. In 2010, the Montego Bay store moved to a new 20,000-sq.-ft. location, making it the largest pharmacy in Jamaica, at the time. In February 2013, an opportunity came up in Kingston and Fontana took over a former 15,000-sq.-ft. store at Barbican Square, and that November, it opened another store at Eight Rivers Shopping Center in Ocho Rios. “That gave us five Fontanas,” says Kevin. “And, this past year, we opened up our biggest flagship yet – 35,000 square feet in Waterloo Square. It’s a two-story with an elevator and escalator.”

Today, Fontana is the best-known and most trusted retail pharmacy in Jamaica, with almost 500 employees and an unsurpassed reputation for selection and service. Whenever possible, the stores purchase most of their pharmaceuticals and beauty supplies from local companies. “We always promote Jamaican brands,” Kevin asserts. “One of the features in our new store is a Jamaican artisan section. It was my sister Anne’s idea and it’s worked brilliantly. It’s given Jamaican artisans an outlet to sell their products that they might not have had, otherwise.” 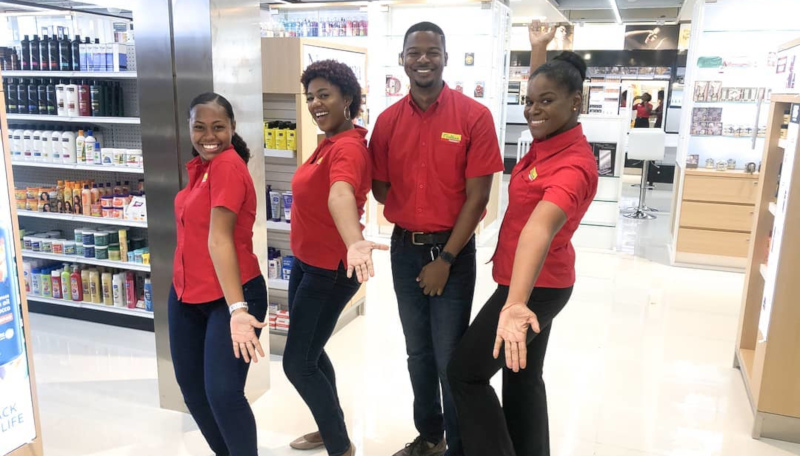 But that doesn’t preclude Fontana from selling items that are purchased elsewhere. “My mother used to buy stuff, back in the day, from abroad – Miami and New York – when the Jamaica distribution system was weaker, and she started bringing my sister along,” Kevin adds. “Now, Anne has taken it another level. She goes to China, Panama, all over the world. One of the secrets of Fontana and one of our strongest advantages is Anne’s buying. Her eye for quality and value is second to none in Jamaica. Ray is a top operations guy with a can-do spirit. He runs a very tight operation and runs it well. So, the buying from Anne, the operations from Ray, and the culture we have of being close to our employees and customers are what Fontana does well.” The company has also moved into the internet age with a state-of-the-art ecommerce website store, where customers can shop online in Jamaica or from abroad, and get free delivery in Jamaica and worldwide for purchases over US $49.

In December, 2018, Fontana Pharmacy made the transition from a family-operated entity into a structured, limited company listed on the Jamaica Junior Stock Exchange. “The family retains 20 percent, but a priority for us was to be very inclusive in our IPO, offering top customers a preferential right to buy shares, and ensuring that the very engine that runs our business – our employees – also shared in the benefits through gifts of shares,” Kevin reports. “Due to strong confidence in our continued growth and success, our share price has increased by over 400 percent since we launched the IPO at $1.88 in December 2018 (we’re now at $7.60), already bringing attractive returns to our shareholders.”

Looking to the future, Kevin says that a long-term goal would be to have a Fontana Pharmacy in each of Jamaica’s 14 parishes: “There’s a famous quote by Robert Browning, ‘A man’s reach should exceed his grasp, or what’s a heaven for?’ So, we’d like to have a Fontana in each parish capital and be Jamaica’s national pharmacy. Today, we only have six branches in five parishes, so that’s a big goal, and that would be what we would like to aspire to.”

Meanwhile, Kevin remains confident that the company will continue to thrive, based on his parents’ original operating principles. “The founding mantra of my parents was: Service, Respect, Family, and Community,” he states. “Service: the customer comes first – we’re here to please customers. Our competitive advantage is that we stay close to our customers; we listen to our customers and whatever they tell us to do, we do; and happy employees equal happy customers. Respect: you treat everybody the same. Family: we’re a family operation still, even though we had an IPO. We treat our employees like family and we treat customers like family. Community: we believe in giving back. We’re not here to exploit people. Wherever we are, we give back to the community. We’re very proud of being Jamaican, and we put Jamaica in everything we do.”