A young firm makes its mark

Island Site Development (ISD) is a wholly Bahamian-owned civil engineering and infrastructure development company dedicated to civil works and community development. According to company COO, Naveen Gupta, the original name of ISD was BMC Underground Services, formed in 2009 to do all of the infrastructure work on the Albany Project on New Providence Island. Albany is a 600-acre luxury resort community jointly owned by the Tavistock Group and golfers Tiger Woods and Ernie Els, featuring upscale amenities including a mega-yacht marina, a championship golf course, restaurants, private residences, and resort villas.
“We completed that project at the end of 2010,” Gupta says. Next, the company won a contract for the Baha Mar project, the West Bay Street Realignment. The scope of work included the complete re-routing of a major thoroughfare with the installation of miles of new water main, sewer force main, gravity sewer, storm drainage, and telecom and electrical conduits.

It was at this point that Gupta says the company needed a new structure and identity, so it brought together some partners in the form of a couple of local, family-owned construction firms and changed its name to Island Site Development. More projects followed including: underground infrastructure at Baker’s Bay Golf and Ocean Club in the Abacos; the new National Stadium and Sports Complex in Nassau; the new 56.6 acre Port Facility on Arawak Cay; the Lynden Pindling International Airport; the Comfort Suites Resort on Paradise Island; and a new Maritime Institute on Crystal Cay, among others.

A few years ago, ISD added an electrical component to its portfolio of civil infrastructure and water and sewer services, noting a lack of larger professional electrical contractors in the Bahamas. Chris Wilson, ISD’s Senior Project Manager explains: “There were a lot of smaller contractors,” he says. “So whenever a bigger job came up, a contractor from the States or Canada or somewhere else was brought in to do the work. We saw that there was a need to fill the gap.” “So we started an electrical division,” Gupta says. “Currently, about 40 percent of ISD’s business is electrical work.”

Now in its seventh year of operation, Gupta reports that ISD’s clientele is currently split evenly between government entity work and private development – and all of it close to home. Because while ISD is always on the lookout for potential overseas projects, it has to be prudent about whom it works for – especially since moving an enormous amount of machinery and material across the water is a costly endeavor. “We don’t want to bid private projects unless we know the client’s financial position is good and that he will make payment at the end of the day,” he says. “In the meantime, we are mostly bidding Inter-American and Caribbean Development Bank funded projects.”

Another new service being offered by ISD is Design-Build. Design-Build is a relatively new method of project delivery to the Bahamas in which one entity – the Design-Build team – works under a single contract with the project owner to provide design and construction services. In traditional project delivery, an owner must manage two separate contracts and can sometimes get caught between the designer and the contractor, as well as between their separate sub-consultants and sub-contractors. “It’s still a fairly new concept in the Bahamas,” admits Wilson, “and I think a lot of clients are a little bit wary having the contractor and the designer on the same side. And there aren’t too many companies that will undertake Design-Build here because they don’t like to take the additional risk. We’ll actually take the risk; we’ll bring on the designer and we’ll work with them to make sure that we stick within their budget.”

Gupta agrees that being willing to take risks is part of the company’s ethos. “We’re always looking for upgrades and trying to make ourselves better,” he states. “If we can see an opportunity, we will invest towards that opportunity.” Some of ISD’s other investments have been in other companies. It has a 50 percent share of a steel fabrication company, and wholly-owns two equipment sales, rental, and repair firms, and an asphalt recycling and patching concern.

Looking ahead, Gupta says that ISD has three objectives: the first is to overcome the cultural obstacles to Design-Build and bolster its portfolio of Design-Build projects; the second is to develop a public/private partnership for the construction, operation, and maintenance of desalination and waste water treatment plants; and the third is to further develop the electrical side of the business by exploring possible opportunities with the new Bahama Power and Light company, recently formed when the government of the Bahamas signed a Management Services Agreement with PowerSecure International, a leading provider of utility and energy technologies to electric utilities, and their industrial, institutional, and commercial customers.

Meanwhile, Gupta believes that ISD’s present success comes from its high level of quality production and the fact that it works closely with its clients to earn their repeat business. “A lot of our clients don’t know the technical aspects of the work, so we help them make the right decisions,” he says. Wilson adds that it’s also because the company delivers on its commitments. “Pretty much everything that we’ve done to date was finished on time and on budget,” he declares. Being the new kid on the block has helped, as well. “Because we’re quite a young company, we’re quite flexible and we can move into areas where older companies that are more rigid and stuck in their ways, don’t want to explore,” says Wilson. “We’re the opposite; we’ve been successful because we’ve been flexible.”

“And we ask our employees how we can improve and get our business,” Gupta adds emphatically. “Everybody has a wallet in this company.”

Check out this handpicked feature on Milo Butler and Sons Ltd. in the Bahamas.

WHAT: A civil engineering and infrastructure development company

BTC – BTC, the Bahamas Telecommunications Company, is the primary telecommunications provider for the Bahamas, headquartered in Nassau, New Providence. The company is partly government-owned and offers telephone, internet, and wireless services. Since its creation in 1906, BTC has supported the advancement of the Bahamas’ competitive advantage in the international marketplace by developing and maintaining the most innovative, cost effective telecommunications solutions for its customers. There are currently 40 BTC retail stores throughout the entire Bahamas. In 2012, the first BTC franchise location was opened on the island of Grand Bahama. – www.btcbahamas.com

AVEM Water – Avem Water provides water transmission, distribution, and collection product solutions from leading manufacturers in the waterworks industry.  The company stocks and distributes a complete line of waterworks and infrastructure products to meet the specification and quality demands of water authorities, contractors, and developers throughout the Caribbean and international markets. – www.avemwater.com 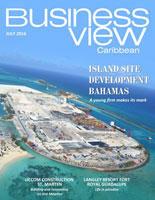