The Dachin Group of Companies – Port of Spain, Trinidad

The Dachin Group of Companies

Doing business for the fun of it

Business View Caribbean interviews Derek Chin, CEO of Dachin Group of Companies, for our focus on Best Practices in the Entertainment Industry

Mr. Derek Chin, CEO of the Dachin Group of Companies, is head of a diverse business empire but he is still a child at heart with a vivid imagination and a love of entertainment. Born in Georgetown, Guyana, the man behind the Trinidad-based MovieTowne cinema chain continues to grow his achievements as a lifelong entrepreneur. The Dachin Group of Companies now includes Jaxx, Texas de Brazil, and Rizzoni’s restaurants, five cineplexes, Telecom Security Services, and D&K Investments (agents for an online lottery).

Business View Caribbean recently spoke with Derek Chin about the challenges of the last two ‘pandemic years’ and how he has successfully guided the Dachin Group of Companies through that time.

BVC: How were your businesses impacted by the COVID-19 pandemic?

Chin: “We were especially affected by the pandemic in the entertainment and restaurant businesses. This April was the first time we had relief from some of the restrictions since March 2020 when the country went into lockdown mode.

“Our business of cinemas was the first to close and last to open because there was this feeling that cinemas, being indoors, were prone to outbreaks. For the restaurants, there was a curfew and a state of emergency – no alcohol allowed, no children – everything that was possible to close a restaurant was done. But thank God, I can say we are still around. Because we had to do what was necessary, and in some cases close down to ride it out.

“In April this year, the government removed what was called a ‘safe zone’ – which meant you could only operate if you allowed vaccinated customers and vaccinated staff to work. Everybody else could not come in. So we lost about 50 percent of the population for quite a few months. And of course we felt that because the volume and capacity levels were very low. Since then, we’ve had the restaurants all fully stocked and cleaned and open, and that’s a celebration in itself.” 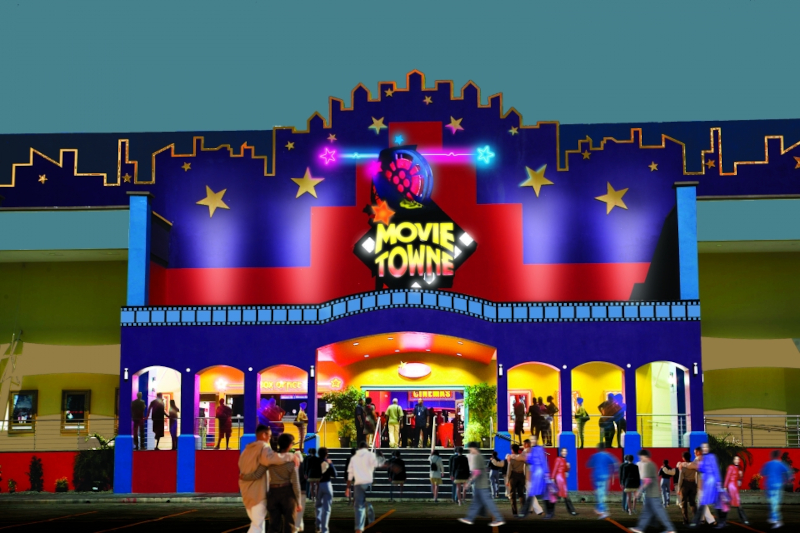 BVM: Tell us about your different restaurant and cinema locations.

Chin: “We have Jaxx International, which is more like a family dining atmosphere. We have four of those in Trinidad and one in Guyana. We also operate Texas de Brazil, our two Rizzoni’s Italian restaurants, and we have Movie Towne which is the icon of the group. Our cineplexes are world-class standard. Currently, we have Port of Spain (a 10-plex in a mall with tenants, such as Burger King, Starbucks, KFC, and different shops) and a Pricemart volume shopping enterprise. We also have a Movie Towne in San Fernando, the second largest city in Trinidad in a mall called C-3. We have one of the most beautiful cinemas in the world right there. It’s an 8-plex, where we show all the big movies that come out. We are happy that we can allay people’s fears about COVID and have them back to watch the amazing films.

“We’ve now moved into Guyana – the new Saudi Arabia of the Caribbean with their huge oil refineries. We went into Guyana in 2019, and then came COVID. So we had a very bad start but we have now opened in a very beautiful mall with Hard Rock Café as one of our anchors, and a big Massy’s supermarket. It has an 8-plex cinema that is actually ahead of its time for Guyana, but it’s nice to have something of that standard for people to enjoy in that part of the world.”

“So we have three main complexes – one in Port of Spain, one in San Fernando, and a big one in Guyana, as well as a small one in Tobago. The Port of Spain mall is about 90% leased, and there is a lot of confidence. We’ve also offered discounts on rent fees to help get people back on their feet. Those like Starbucks and the other more popular stores are almost back to 100% rental costs and they have no problem with that because they’re doing very well. But we tend to be a little more lenient with the smaller ones that aren’t as affluent. It’s a step-by-step process, we look at it every month – we know what’s going on, because we have restaurants too.”

BVC: What other projects have you been working on?

Chin: “My son Ryan has been experimenting with a test kitchen at Rizzoli’s and he produced a very nice pizza, which we marketed to the grocery stores and started to get good orders. It helped to close the gap and keep some of our workers employed during the pandemic, and we still do it. We market it under Rizzoni’s ‘Heat & Eat’ and we supply all the main supermarkets in the country. It’s still a small part of the business but we have a good product and we now just need to consolidate and decide if we’re going into food processing, as well. Guyana has a lot of space for agriculture and agri-processing and aquaculture. I’d like to manufacture. So that’s on the horizon.

“Telecom Security Services is our security company. We are very big in CIT (cash in transit) and we have lot of armored cars that do pickups. In that same big building, we have our vaults – Royal Bank and Coca-Cola are some of our customers. It’s grown to be a substantial part of the Dachin Group of Companies. Again, we want to possibly look at moving into other countries like Guyana to establish the security company in the future. In Trinidad, we have a very large portfolio and a very good service, which I’m really proud of.”

“D&K Investments is an online lottery, which I started in this country back in 1992. The Ministry of Finance gave me the green light to try to develop it and I had a consultancy contract. To this day, it’s one of the most successful government-owned agencies in Trinidad and I’m probably their largest single agent in the country. I receive a percentage on my sales. I’ve always loved gaming because I’m involved in horse racing in a big way. That’s my hobby and I even have a stable near Toronto in Canada.” 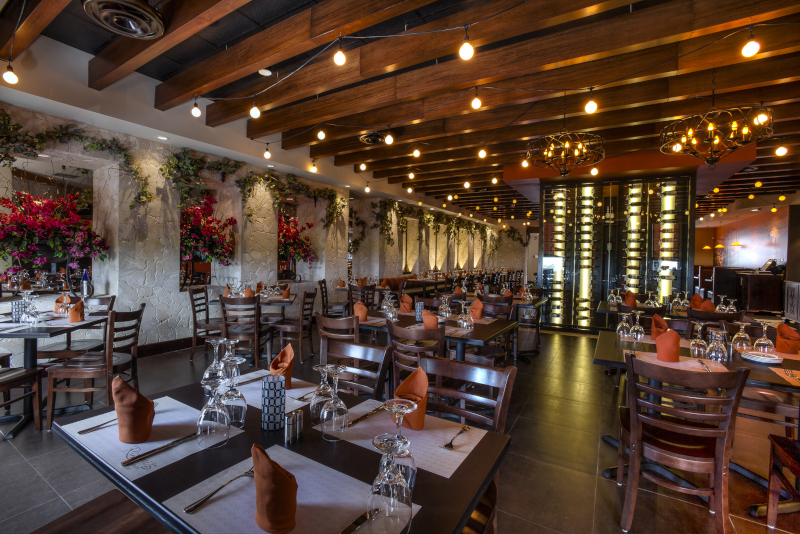 BVC: Are you seeing a lot of positive momentum right now?

Chin: “It’s still a very challenging time, despite the fact that restrictions have been relaxed. Trying to consolidate and bring our businesses back to where they are viable is going to be the challenge for the next six months. A lot of negotiating and discussions with landlords and suppliers and the banks, all that has been going on for awhile. But it’s good to know that we are seeing light at the end of the tunnel. The cinemas and restaurants are seeing a perk-up, which is nice, and of course the best is yet to come if things continue along this line.

“This year we’re basically looking to consolidate and get our companies back on track. We hire who we need to rehire but manage to make sure our expenses are not what they used to be. In a way, COVID taught us to be mean and lean and we learned a lot about having to adjust to new types of businesses like frozen foods, and our call-out service, and how we were able to restructure. We have really put our finances and our governance of all the companies on a different footing.”

BVC: Looking ahead, what fun things are on the agenda?

Chin: I have a couple of projects that were held back by the impact of COVID. One of them I call my “Dinopark” here in Trinidad. Construction is going on – it’s not a huge park, under two acres, but you can do a walk-through and take photographs. All the dinosaurs move their heads and their eyes and make noises – the T-rex opens his big mouth… which all kids love! And it ties in with the Jurassic World movie that was recently released. It’s perfect for us to do joint marketing. I think it will be a beautiful park; we have about 25 species of dinosaurs, so it will be very educational for the children, and we have a merchandising store, which will be great as well. I’m really excited about it!

“Also, in Guyana, I’ve invested in a carousel, which they don’t have and I hope it will bring families out to the mall in big numbers to enjoy the fun, family atmosphere. And I’ll be pursuing the agri-processing / food merchandising business with my sons. People have been quite kind over the years and I have just under 2000 employees in total at the Dachin Group of Companies that are all very important. Overall, I just  really enjoy business and look forward to the good things ahead.”

Where: Port of Spain, Trinidad

EcoGas – A zero waste future for...